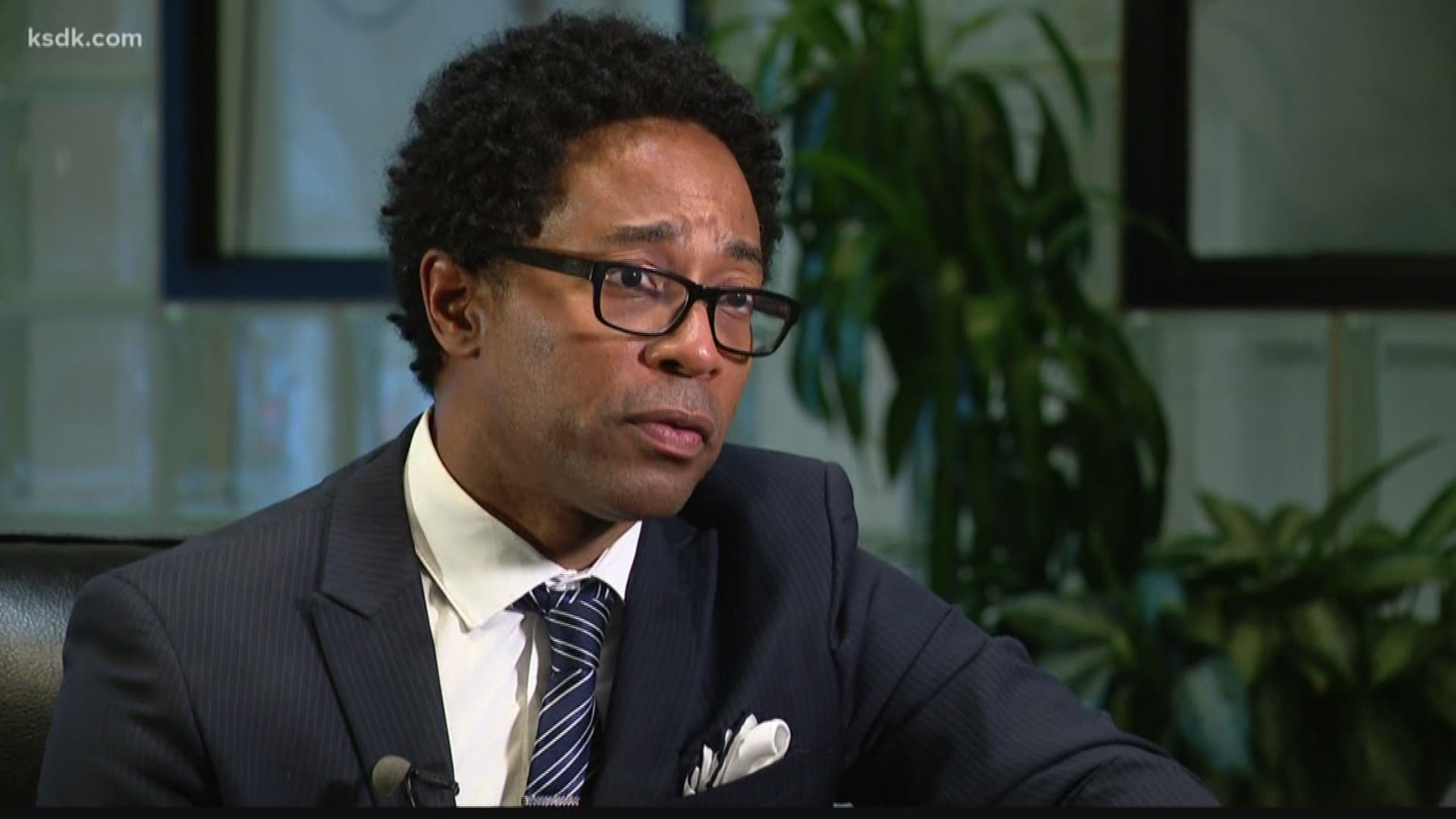 Could the Catholic Supply Store shooter be tried as a death penalty case?

For the very first time, we had the opportunity to ask incoming St. Louis County Prosecutor Wesley Bell in an exclusive interview.

"I think it’s inappropriate for me to comment on pending cases. There’s one prosecutor at a time and I’m going to respect that," Bell said.

5 On Your Side asked Bell, if he stands by the statement on his website, that he will never seek the death penalty.

"Well my positions are what they are, and those are still on my website," he replied.

He added, he would still have to evaluate the case again after he's officially sworn in.

"Let’s talk about that on January first," Bell said, referring to his swearing-in date.

Last month, incoming councilman and former St. Louis County police chief Tim Fitch called on Bell to move the case to another jurisdiction that would try the shooter, Thomas Bruce, as a death penalty case.

"Tim Fitch didn’t ask me anything, and had he reached out, we could have had a conversation. With that being said, I will not respond through media. If he wants to have a conversation with me as a County Councilman I would welcome that opportunity," he said.

Thomas Bruce faces charges of murder, sodomy and kidnapping. The details of what investigators believe happened are horrific.

Bell says, not only does he understand the outrage, he feels the same way.

Bell also spoke to 5 On Your Side about his ongoing transition effort into the office. He says he and his team are working on several initiatives, including expanding diversionary programs and Veterans courts.

He says his key focus, on day one, will be prosecuting fewer low-level misdemeanors and focusing more on violent crimes that have injured victims.

“Since we’re not going to be emphasizing the low-level crimes as much, we’ll be able to use those man and women hours on more serious and violent crimes. I think that will not only make us safer, save us taxpayer dollars, and help people," says Bell.

One of Bell's key initiatives is phasing out cash bail for low-level, nonviolent offenders.

He says the current system is skewed to favor the rich and punish the poor.

He says, beyond the monetary penalty, housing those who can't post cash bail can cause someone to lose their job or get evicted because they're behind bars.

He says this program will be ushered in in phases.

In the short term, on day one, he will not ask for cash bail for low level and non-violent offenders.

In the long term, he wants to work with local judges and state lawmakers to pass legislation that will implement a similar policy statewide.

Circuit Attorney Kim Gardner's office has been criticized for the number of prosecutors that have left since she took over.

Bell is hopeful, that won't be his experience. He tells 5 On Your Side, he expects an overwhelming majority of attorneys will stay on his team.