'It blows our mind': Activists call for firing of lead detective from 1994 St. Louis murder case

Faith leaders spoke at the Ethical Society of Police office Tuesday morning, calling for action against the detective who now works for county police 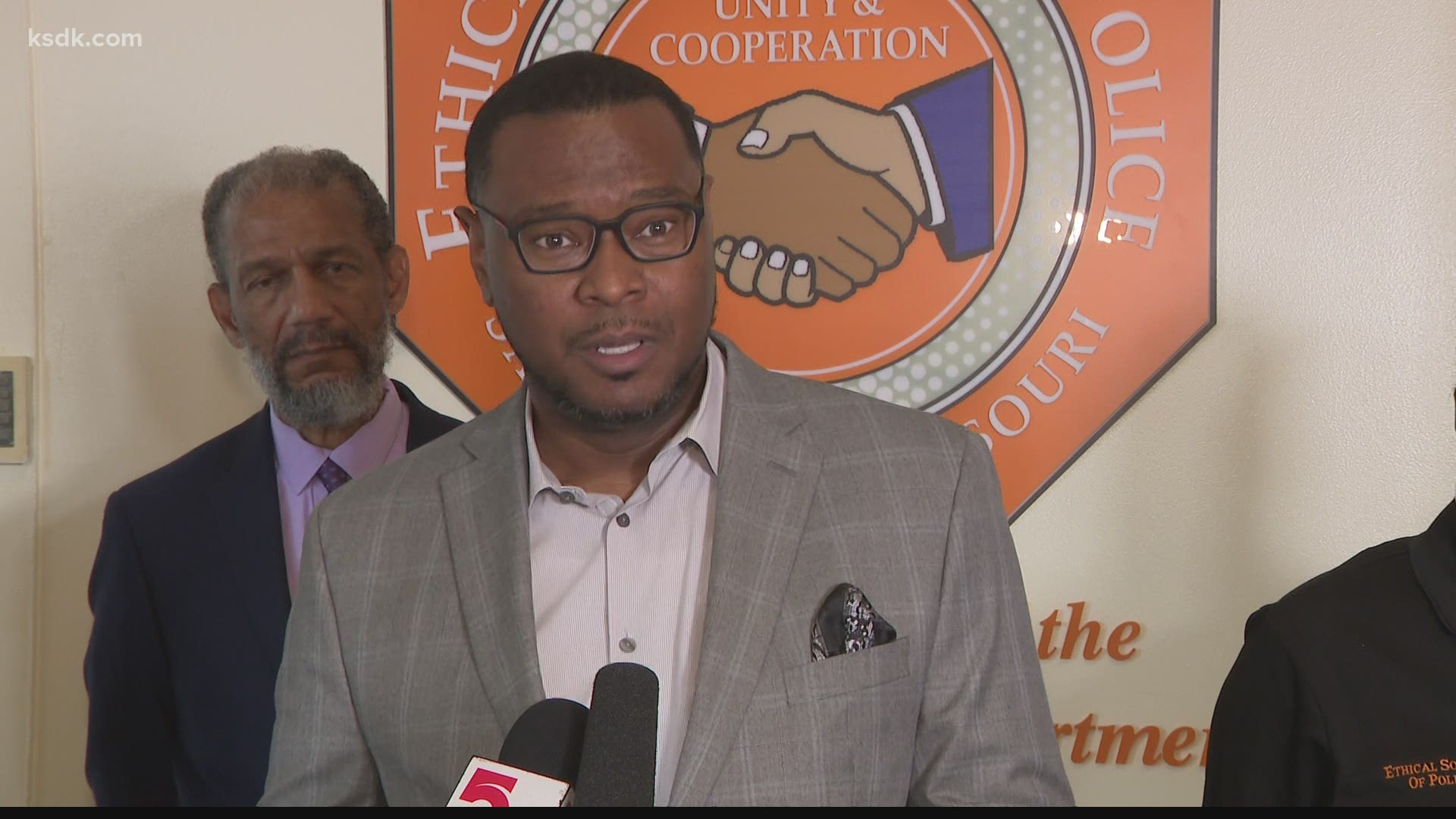 ST. LOUIS — Lamar Johnson continues his fight for freedom through the criminal justice system. But on Tuesday, religious leaders advocated for him, saying another man deserves to face consequences: the police detective who they say wrongly put Johnson in prison nearly decades ago.

"It blows our mind that such a person could still be employed," Pastor Linden Bowie said.

Johnson is serving time, convicted of murdering a man during a drug deal in St. Louis in 1994. Prosecutors now believe he didn't commit the crime, even asking the courts to give him a new trial.

The same St. Louis detective who led Lamar Johnson's case is still in law enforcement, though now working for St. Louis County. Since he has not been charged with a crime, punished or named by the police department, 5 On Your Side is not releasing the officer's name.

The Ethical Society of Police (ESOP) said that detective's "history of racial bias and false evidence" should disqualify him from any more police work.

"It's gone way too far," Rev. Darryl Gray said. "This is injustice not for Lamar Johnson, but injustice as it relates to our community. You are asking the Black community to trust law enforcement. That's what you are asking."

"Every hour, every minute, every second that an innocent person is in jail is an hour and a minute and a second that is too long,"  ESOP's attorney Will Dailey said.

St. Louis County Prosecutor Wesley Bell told 5 On Your Side in a statement, "These are serious allegations, and we will review them carefully. We encourage anyone who is aware of illegal conduct by this detective to contact our independent Conviction and Incident Review Unit."

St. Louis County Police Chief Mary Barton provided this statement: “The assignment of Department employees, whether full-time or intermittent, is a personnel matter. Employees will continue to serve in their roles until/unless they are transferred to meet the needs of the Department or facts emerge that would inhibit their ability to serve in such a capacity. If faced with the latter, the Department would appropriately address the matter without delay.”

The case “is not about whether Johnson is innocent or whether there exists a remedy for someone who is innocent and did not receive a constitutionally fair trial," the Missouri Supreme Court ruling stated. "This case presents only the issue of whether there is any authority to appeal the dismissal of a motion for a new trial filed decades after a criminal conviction became final.

“No such authority exists; therefore, this Court dismisses the appeal,” the ruling stated.

Johnson was convicted of killing Boyd over a $40 drug debt and received a life sentence while another suspect, Phil Campbell, pleaded guilty to a reduced charge in exchange for a seven-year prison term.

Johnson has long proclaimed his innocence. Gardner agreed with his alibi that he was with his girlfriend miles away when Boyd was killed. Meanwhile, years after the killing, the state’s only witness recanted his identification of Johnson and Campbell as the shooters. Two other men have confessed to Boyd’s killing and said Johnson was not involved.

Lindsay Runnels, an attorney for Johnson, said in a statement back in March that the defense will file a habeas corpus writ, which gives suspects the chance to ask a judge to set them free.