Sources: Loop Trolley company may still close even if it gets funding requested to stay open through 2020

The funding request from the Loop Trolley Company was made in September. 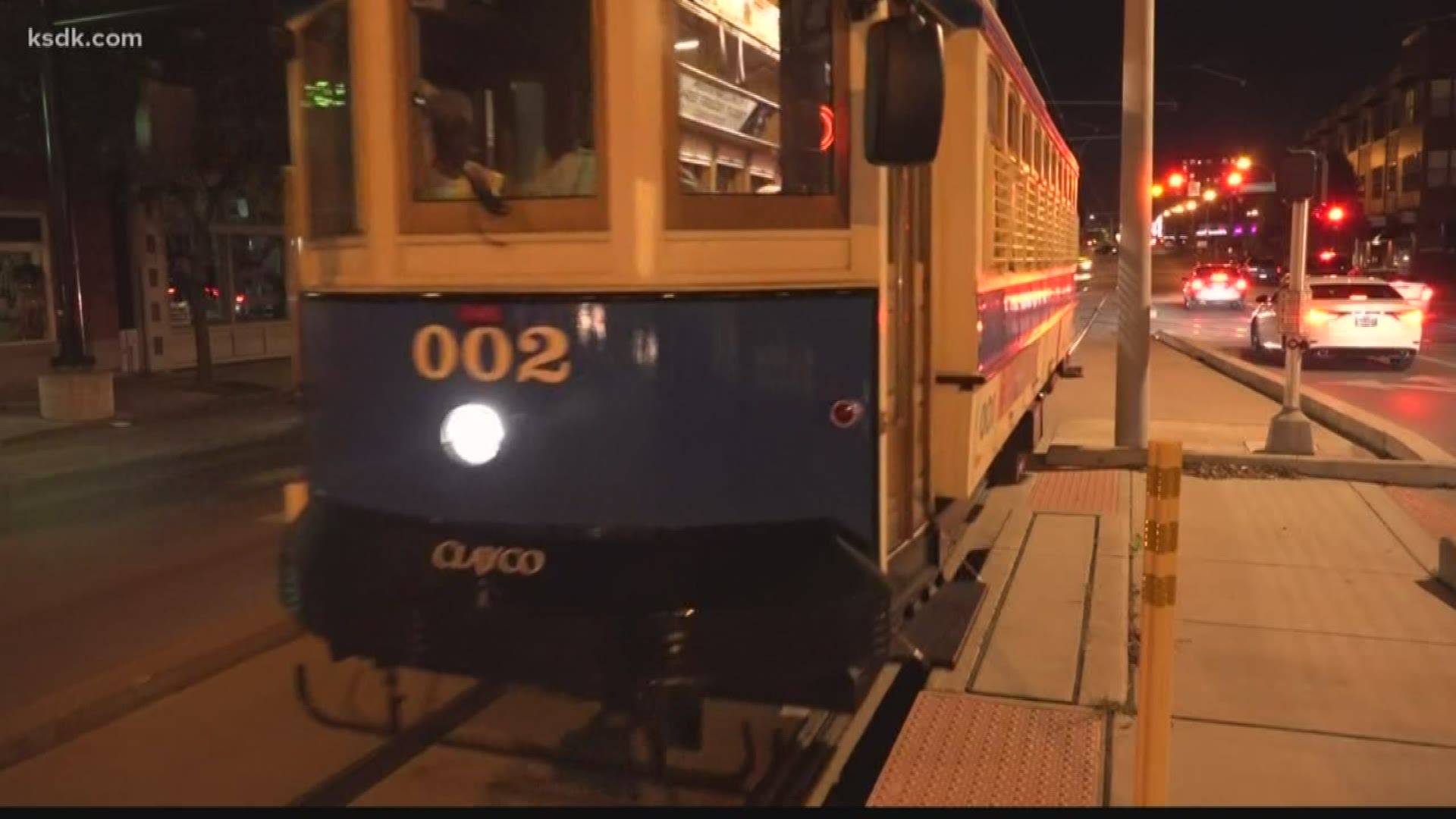 UNIVERSITY CITY, Mo. — Over the weekend, a St. Louis County Councilman published a letter, revealing the Loop Trolley Company requested $700,000 from St. Louis County just to keep its lights on through 2020.

The funding request from the Loop Trolley Company was made in September. The County Council will begin debate on allocating the money this Tuesday at their regularly scheduled meeting.

However, 5 On Your Side's Chris Davis has learned that large sum of cash may not actually do much to change the company's fate.

Two sources close to the matter confirmed that the $700,000 requested would be to cover immediate expenses and may not guarantee the company will stay open.

In fact, one source said they would not be surprised if the company took that money, settled up outstanding payments and then closed shortly after.

After less than a year on the tracks, the Loop Trolley Company admits its revenue is way off the rails.

We did the math, that averages to only about $156 in ticket revenue per day.

"Might be wasted money if they’re having this much trouble early on," said Bradley Honene, a Loop Trolley traveler.

Honene and his family say the potential closure is what finally motivated them to get on board.

"Well we wanted to do it while we still had a chance to," Honene said.

"This is the first time we’ve gone and we really enjoyed it," he said.

But it may be too little too late.

St. Louis County Executive Sam Page said, in a letter released on Friday, that he will have the St. Louis County Council consider giving the Loop Trolley Company the $700,000 they've requested to keep the trolley rolling through 2020.

Page wrote in the letter, "Allowing such an expensive project to fail so quickly would be a disappointment and could have a wide-ranging impact on future transportation projects."

Those two sources said the trolley may be forced off the road anyway.

With mounting bills and ticket sales nearly $400,000 short of what the company projected, they just don't see the path forward.

Brittany Robbins, a spokesperson for the Loop Trolley Company, gave 5 On Your Side this statement Monday morning. "The sources are wrong. They are trying to create doubt for any support for the trolley and are stirring the pot."

Before that information came to light, they sent us this statement:

"In September, the Loop Trolley Company requested $200,000 immediately from the St. Louis County Transit Fund to keep the trolley system operating for the remainder of 2019 and $500,000 for calendar year 2020. The Loop Trolley Company will be forced to stop operating the trolleys as soon as November 15 if it does not receive funding help. To extend operations as long as possible, we are beginning to reduce service starting next week. This decision was not made lightly. While the idea of the Loop Trolley was ambitious and has not been without its challenges, it is here. The cars are refurbished and the track is installed. St. Louis was one of six cities, of 65 that applied, to win federal transit funding. The Loop Trolley has yet to operate at its full potential as we are still waiting to roll out our third car and operate seven days a week. Funding from the St. Louis County Transit Fund will give us that chance. It will allow us to reach our full capacity, and put us on track to deliver the service and achieve the goals we originally planned for. On behalf of the Loop Trolley Company’s staff, board of directors and supporters, it has been a joy seeing streetcars come back to life in St. Louis, hearing the stories and seeing the smiles of our passengers. Thank you for your support, encouragement and enthusiasm for transit in our communities."

If the county doesn't allocate the money, the trolley company says they will cease operations on Nov. 15, nearly one year to the day it first opened.

Editor's note: A previous version of the story did not stipulate that the $700,000 would be divided among two different operating years. It has also been updated with a statement from the Loop Trolley Company. 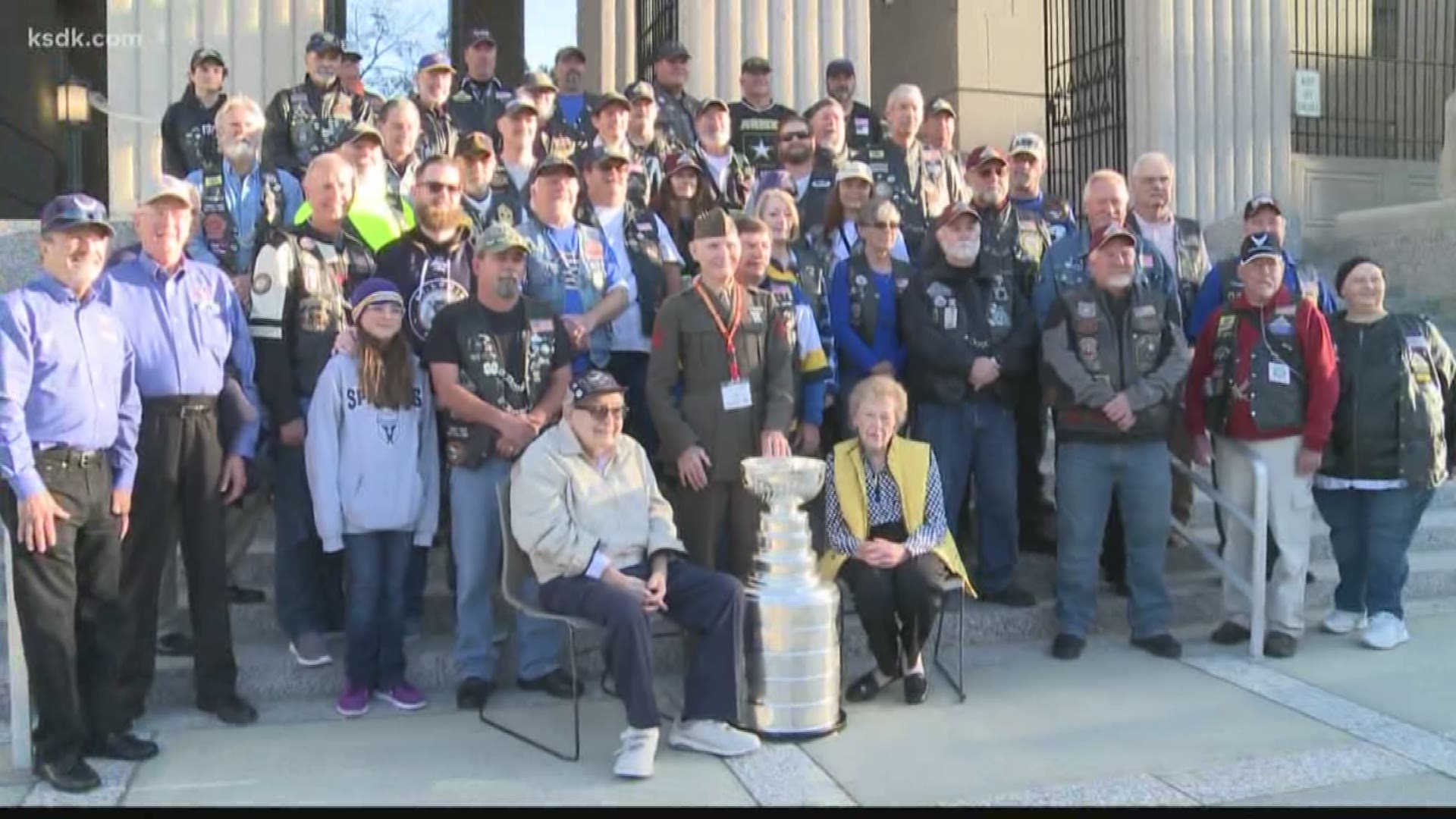