"Our children are everything," Cramer said. "We're losing a lot of children in the streets right now."

ST. LOUIS — Clarence Woodrow opened K & M Market in North St. Louis about six months ago. The grocery store, restaurant and laundromat sits on the corner of Vandeventer Avenue and Page Boulevard in a neighborhood that's seen a number of violent crimes this year.

"We need to talk more about what's happening in the community," Woodrow said. "We need to do more."

Woodrow, who is from South City, said he chose to open shop on the north side to fill a gap.

"I saw a need here that I think we can meet," Woodrow said.

Woodrow said he offers free pick-up and curbside service for the laundromat so that working parents can easily have their laundry needs met.

On Sunday, he offered free laundry services to members of United Auto Workers who have been on strike from their job for the past month. 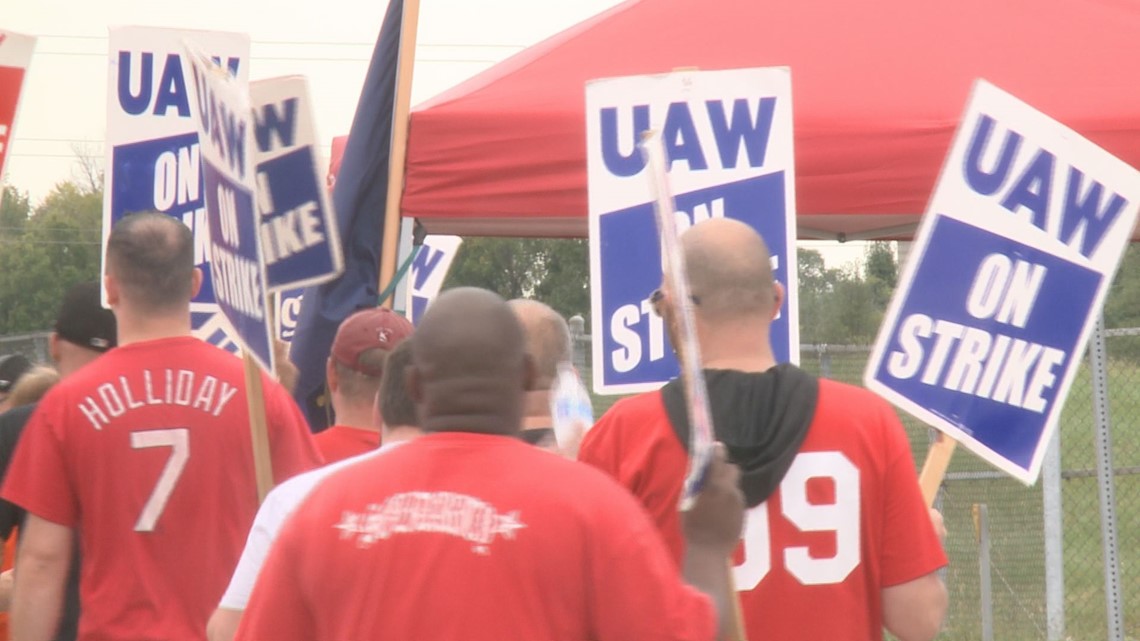 Union head says progress being made but lots of work needed to end UAW strike
WENTZVILLE, Mo. - Progress has been made but there's a long way to go to getting to an agreement for United Automobile Workers to end their strike at General Motors, according to the president of the local union in Wentzville. For about a week, nearly 50,000 workers, including 4,500 in Wentzville, have been on strike.

Tina Cramer, a member of UAW, said she lives in the neighborhood and the outreach from Woodrow and other businesses have made this time easier.

Sunday's event had an anti-violence focus. While the message addressed senseless violence, Woodrow said he believes getting to the root of the needs and issues in the community is the best way to eliminate it. Cramer said she agrees that a practical, holistic approach will make the biggest impact.

"Our children are everything," Cramer said. "We're losing a lot of children in the streets right now."

Cramer said, while she's fallen on hard times, she knows many in her neighborhood struggle with similar issues every day.

"It's not just us on strike," Cramer said. "Every day, people are struggling to put food on the table, clothes on their back and keep them clean."

Woodrow said he plans to continue to make tangible investments in his community.

RELATED: ‘It may be a ruff series’ | Therapy dogs friendly wager on NLCS