A spokesperson confirmed to 5 On Your Side the company will end operations of the trolley on Dec. 29 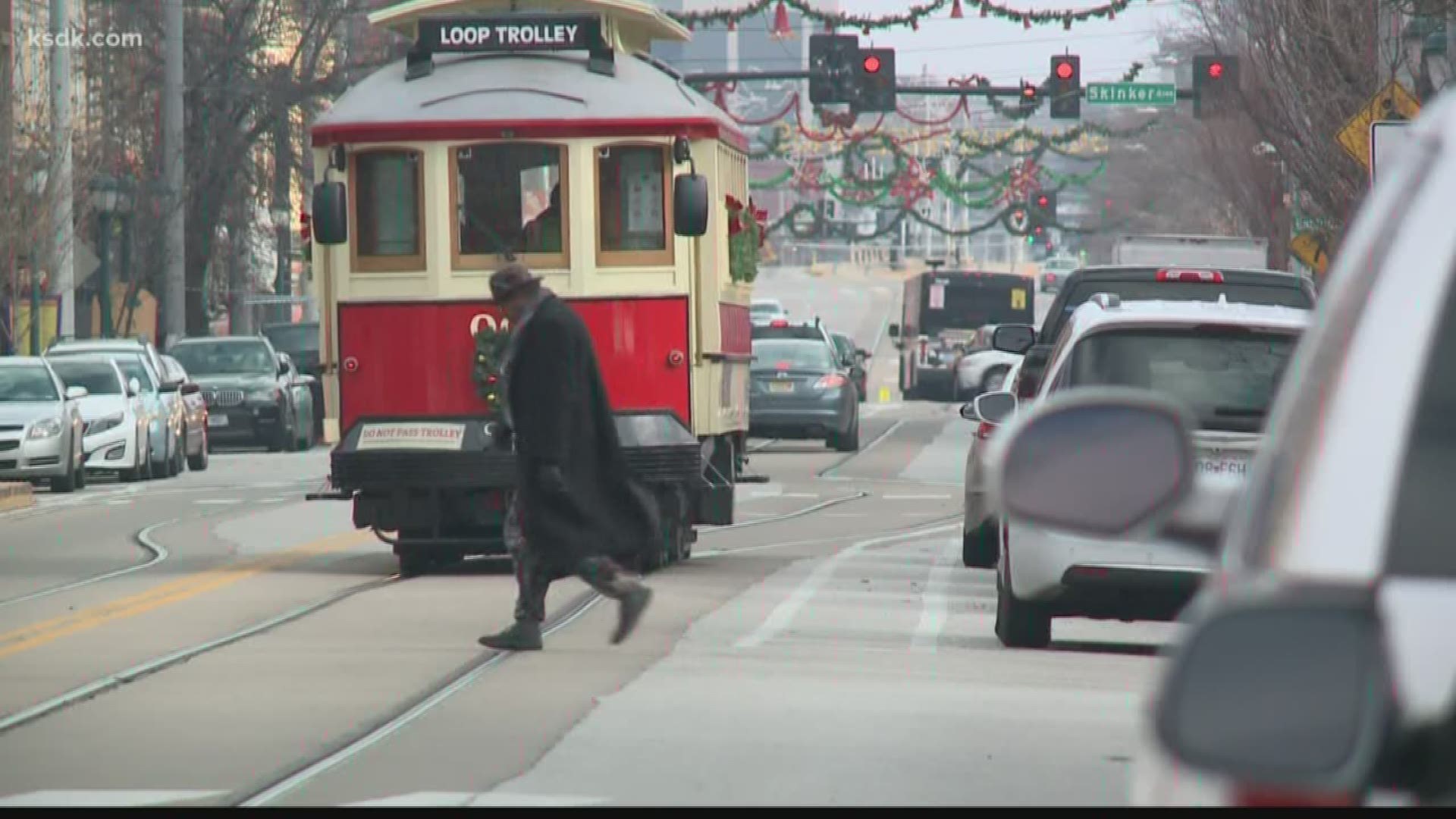 ST. LOUIS — The Loop Trolley will end operations at the end of this month.

A spokesperson confirmed to 5 On Your Side the company will end operations of the trolley on December 29, but some St. Louis leaders say the trolley can't afford to fail.

That's because there is $30 million in federal grant money invested in the project, and if St. Louis defaults on those grants, it would jeopardize future projects.

Bi-State Development, which runs Metrolink and MetroBus, is considering looping the trolley into its system to stabilize it. 5 On Your Side has learned the board of commissioners plans to meet Tuesday.

A spokeman for Mayor Lyda Krewson said the mayor has been working behind the scenes with partners like Bi-State to find a solution to keep the trolley running as a regional asset for all.

“The region has turned to Bi-State Development at key times over the last 70 years to provide viable solutions to regional challenges and that is what is happening now. We are evaluating viable operating options aimed at avoiding default on the federal grant money awarded to the Loop Trolley project. A federal grant default could have a negative impact not only for Bi-State Development but the entire region. In fact, a default could hinder efforts to successfully compete for future federal funding for all kinds of transportation projects.

Our Board of Commissioners must give its approval to take on a new project of this magnitude. At this time, I am asking the Board to give me the authority to officially consider possible operating options with the Loop TDD and the Federal Transit Administration. The objective would be to incorporate the Loop Trolley into our system in order to stabilize operations and maximize this asset for the community. However, that policy decision is for the Bi-State Development Board of Commissioners to decide.”

Statement from Krewson's spokesperson below

“The easy, politically expedient thing to do right now is to turn our backs on the Loop Trolley and let it fail. But the City of St. Louis and this Administration are not interested in doing what’s easy. We have come entirely too far and invested too much with the Loop Trolley to just walk away. What critics of the project fail to realize is that walking away would put us all at risk of defaulting on federal grants and losing out on future federal transportation funding, which we will undoubtedly need. The Loop Trolley is – and should remain – a regional transit asset. That’s why the City and this Administration are focused on working with our regional partners at Bi-State Development to potentially improve the Loop Trolley and make it a viable transportation option for the future. We look forward to sharing more details when they’re available.”

“I have maintained that for the Loop Trolley to be successful, it must have new leadership, a long term plan and a funding source that is not St. Louis County. The Bi-State plan seems to fulfill my three goals. But I will watch what happens closely to make sure St. Louis County residents aren’t taken advantage of.”

The trolley's tax district gave organizers a $90,000 loan to continue service through December.

The trolley collected more than 1,422 fares in September and 1,481 in October, but November's numbers slipped down to the 1,000-mark.

5 On Your Side talked to business owners in the area earlier this week. Some of them said it was time to pull the breaks on the project. After months of construction, small collisions and low ridership, some welcome the opportunity to reconvert trolley platforms into much-needed parking spaces.

RELATED: The end of the line? Delmar business owners watch what's next as Loop Trolley struggles for rider revenue

RELATED: Loop Trolley gets loan to stay open through December, Bi-State looking into taking over trolley

RELATED: Sources: Loop Trolley company may still close even if it gets funding requested to stay open through 2020 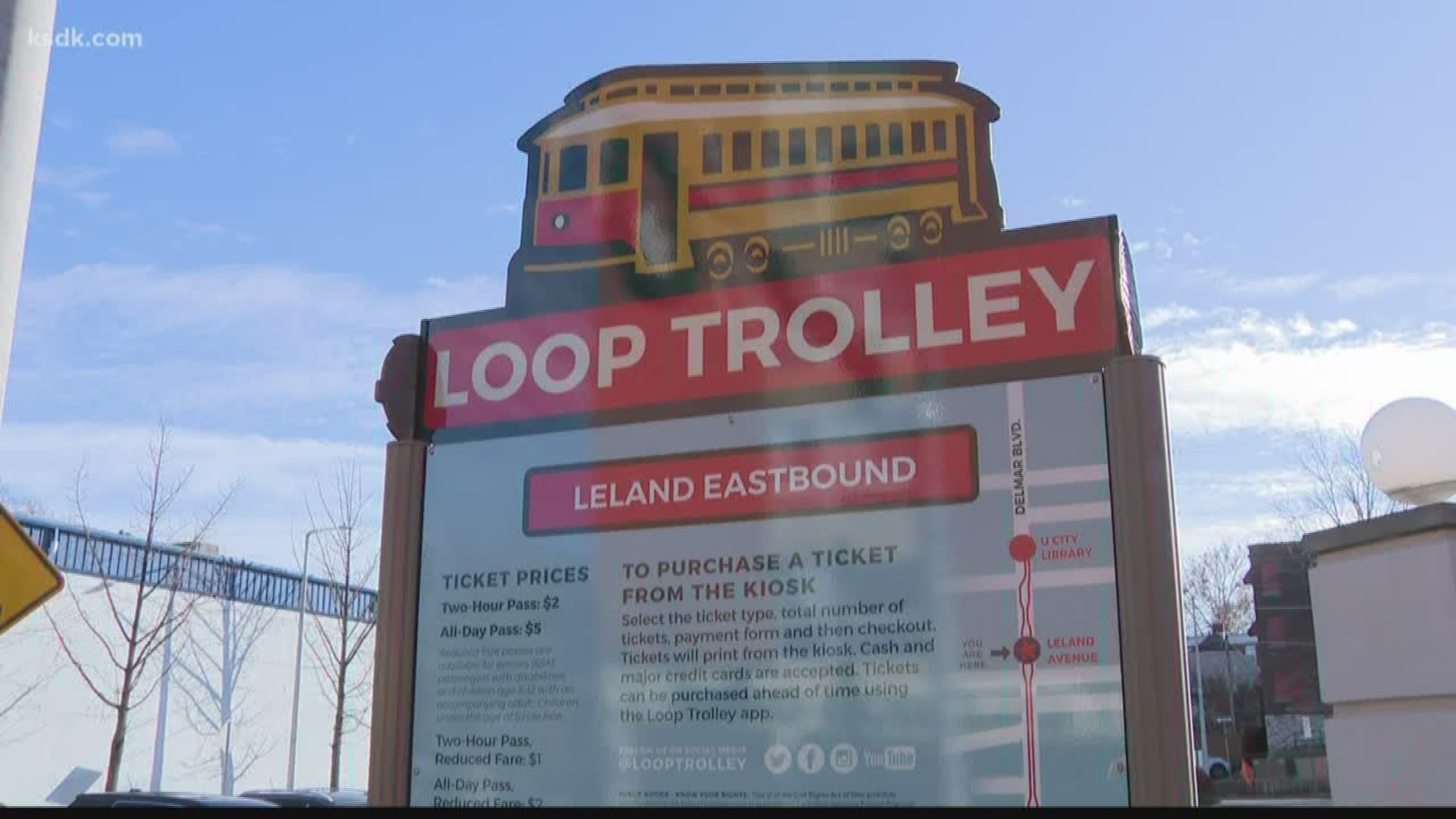