After losing daughter to mystery illness, couple creates foundation for families dealing with the unknown

Gwendolyn Kramer has a terminal illness that has baffled doctors. Now, her family has found comfort and help from another family that knows exactly what they're going through. 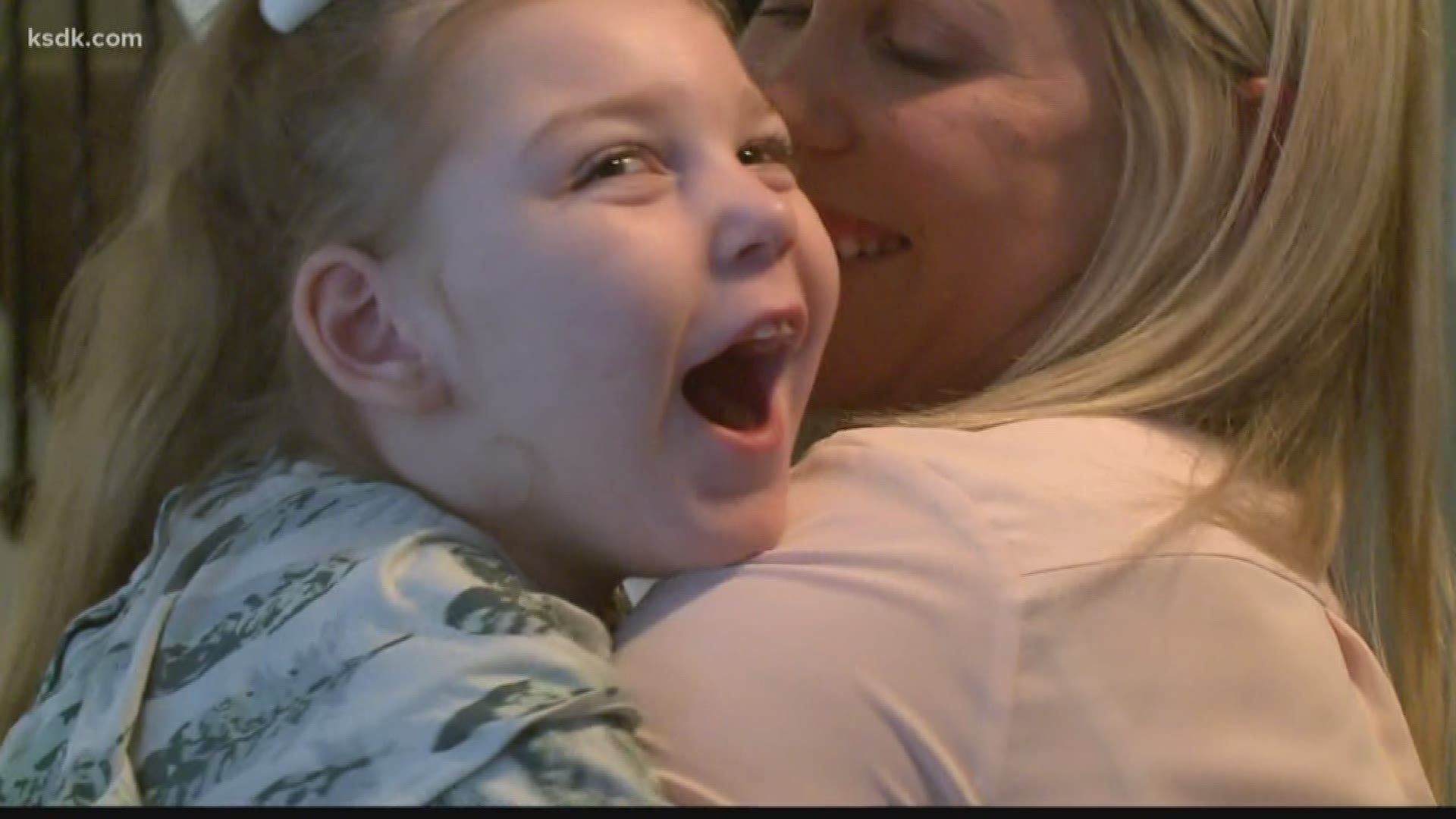 ST CHARLES, Mo. — Sometimes, the best medicine isn't in a bottle, it's in the music.

This song playing on the sound system is called "Sweet Gwendolyn".

"Let your song keep playing, we'll keep praying. You forever change this world that we live in, " is one of the song's verses.

It was written by Nashville musicians as a Make-A-Wish gift for 4-year-old Gwendolyn Kramer who has a progressive, neurological disorder.

"You just live in a constant state of worry and fear and unknown," Erin, her mom, said.

It's not only heartbreaking, it's frustrating. Because her condition is still undiagnosed.

"She's had every test out there," Erin said. "Washington University has even had her in some trial studies and they've not been able to find it."

Since her case is so unique, The Kramers have felt both scared and isolated. That is until they found out, they are not alone.

Genny and Matt Jessee know exactly what they're going through.

When we last met them in 2014, they had just moved to Colorado with their 2-year-old daughter June,  hoping that oil from the marijuana plant might help ease the pain from her undiagnosed neurological condition.

But sadly, it didn't work. So they came back St. Louis where a short time later, little June passed away.

"It was terrible," Matt said. "It was absolutely the worst kind of month but when she finally died she was out of pain."

Somehow, the Jessees found the courage to turn their pain into something positive.

"I don't believe bad things happen for a reason but I think we can make meaning about bad situations," Genny said.

They started the June Jessee Memorial Foundation which supports families with these complex, neurological conditions. It helps them connect with the right doctors and caregivers and relieve some of the financial burdens. Their first grant was to the Kramer family.

The Kramers were so grateful to the Jessees, they wrote them a letter and then got one in return.

"We want to say thank you," Erin wrote. "Thank you for funneling your grief into strength to help other families. Thank you for helping our family."

"We wanted June's life and death to have some meaning," Genny wrote in return. "And reading your message shows us that it did and she will continue to live on by helping other families with sweet angels like your sweet Gwen."

The Jessees now have two healthy boys, George and Peter, who will always know that their big sister June is making a difference.

"Everyday I wake up and I try to make June proud," said Genny, "And I know that I'm doing that, making her proud."

The unknown is a hard place to be but a little less so when you have a hand to hold.