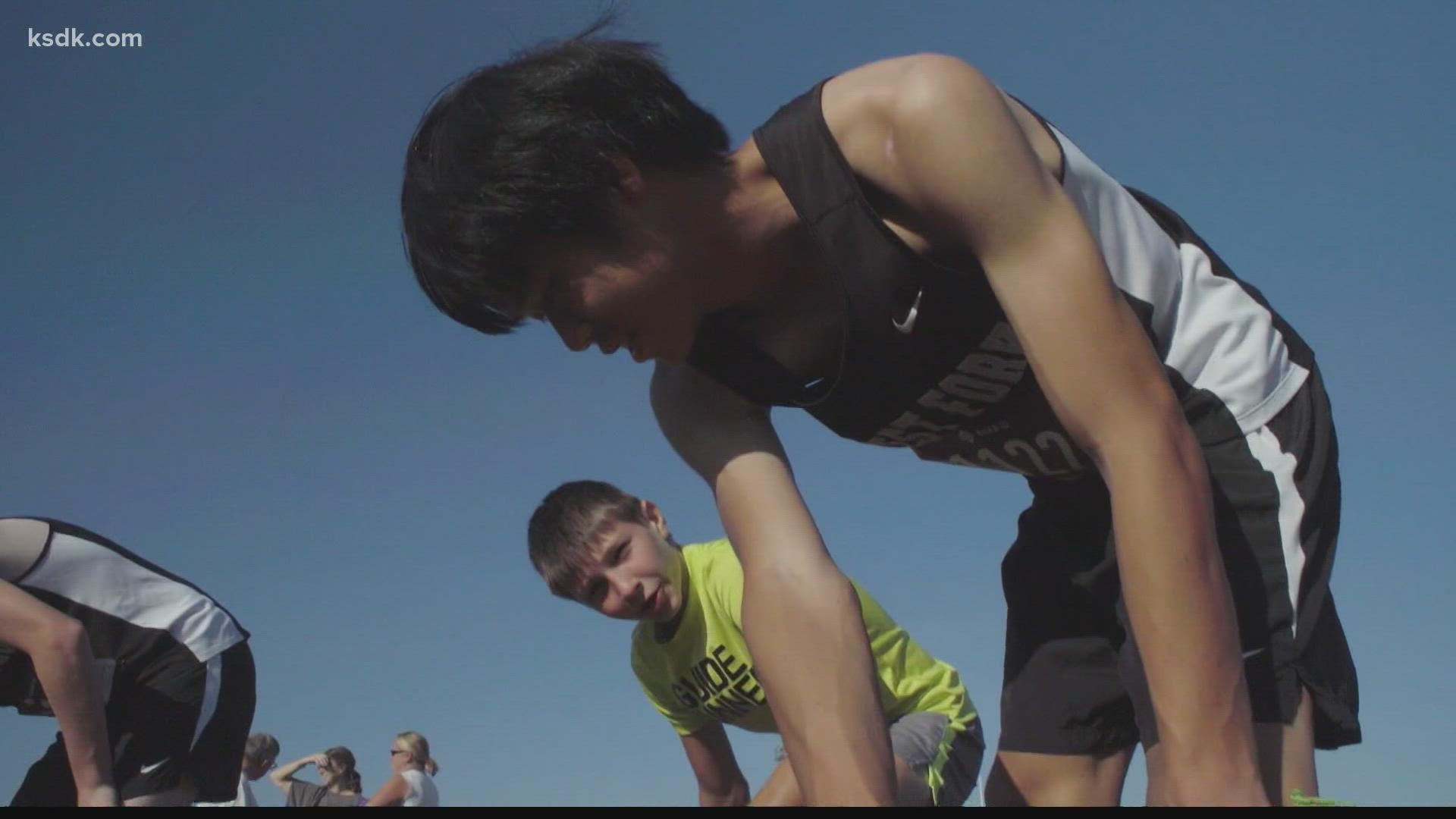 FAYETTEVILLE, Ark. — Sometimes, the winners of a race can't be timed with a stopwatch.

That was certainly the case at the Mansfield Cross-Country Invitational in Mansfield, Arkansas.

It was an early-season chance for the team at West Fork High to assert themselves.

And somewhere in the massive turnout were two kids who stood out.

"He reads braille. He does use the computer with a screen reader," says his mom Valeeta Scott.

There are 9 kids in Paul's family, 7 of them adopted from China, all with special needs.

He started running because his older siblings were on the cross country team. A team where inclusion is more than just an aspiration.

"I want everybody to join the team. Everybody's included and I make sure if somebody wants to run, I'm gonna make it happen," says Surber.

"I liked it because I think is important for people to take a break from hard things such as school," says Paul.

Paul can't see but he did have a vision, he just needed a little help.

If Nike makes baby shoes, Rebel probably had them. It seems he went straight from crawling to running.

"He's not a video game kid," says LouAnn Hays, Rebel's mom. "We don't even have a gaming box. He just loves to be outside."

And he's been winning races since a school fundraiser when he was just four.

"Did you realize pretty early on that you were pretty fast?" 5 on Your Side asked Rebel. With a smile, he responded, "People said I was."

As much as he loves running, he loves a challenge even more. So, when West Fork Highschool put out a call for guide runners, Rebel stepped up. At the time, he was in the second grade.

"He was like I can do that," recalls LouAnn. "And so he asked coach Surber, coach Surber had seen him run, you know, fun runs and stuff. And she was like, yeah, if you think he can. And so that's how it got started. "

And Rebel and Paul have been tethered ever since.

During a race, using a guide rope, Rebel helps Paul navigate the course. He is Paul's eyes and always in his ear.

"I have to talk most of the race to tell him if there's a ditch or to push up the hill," says Rebel.

"I can hear people's footsteps and I can hear them breathing," added Paul. "So that's how I know if I should pass them."

And the bond between these two, that's developed over the past three years goes beyond the cross-country course.

"We like to do magic tricks with cards," laughs Rebel. "I like to test him on his Rubik cube skills."

"Somehow he and Paul just clicked. Paul's really had a hard time sometimes relating to his peers and something about him and Rebel, they were just able to relax and just, you know, hang with each other," says a grateful Valeeta.

Running can teach us a lot about ourselves: Stamina. Perseverance. And sometimes, grace.

"You know, we're called in this life to love others and serve others and use our talents. And Rebel gives us a wonderful demonstration of that," Coach Furber said.

"Makes you so proud that he has a heart like that, that it also makes you feel like you're doing something right," add LouAnn.

The West Fork High Cross-Country Team team finished first in Mansfield that day, showing all of us that when it comes to winning, it all comes down to who's by your side.

"I think Rebel is an amazing kid," said Valeeta.

The nationally televised Musial Awards honor great moments of sportsmanship, kindness, and grace from around the world. The "most inspiring night in sports" is set for this Saturday 11/20 at the Stifel Theater in downtown St. Louis. For tickets and more information visit: musialawards.com 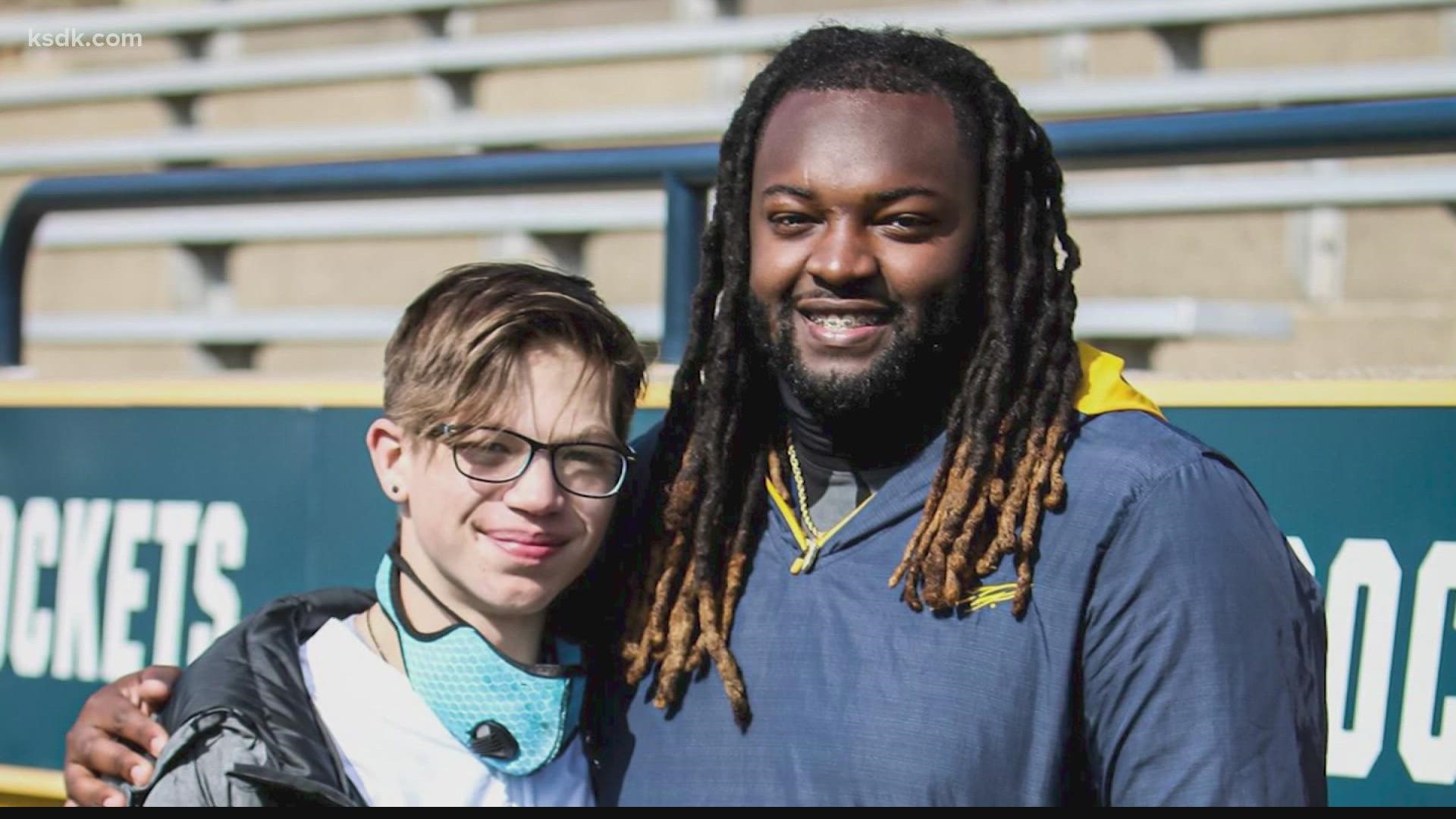