Ava Casom kneels next to the growing memorial, her eyes welling with tears as she looks at the names of friends now written across three small crosses 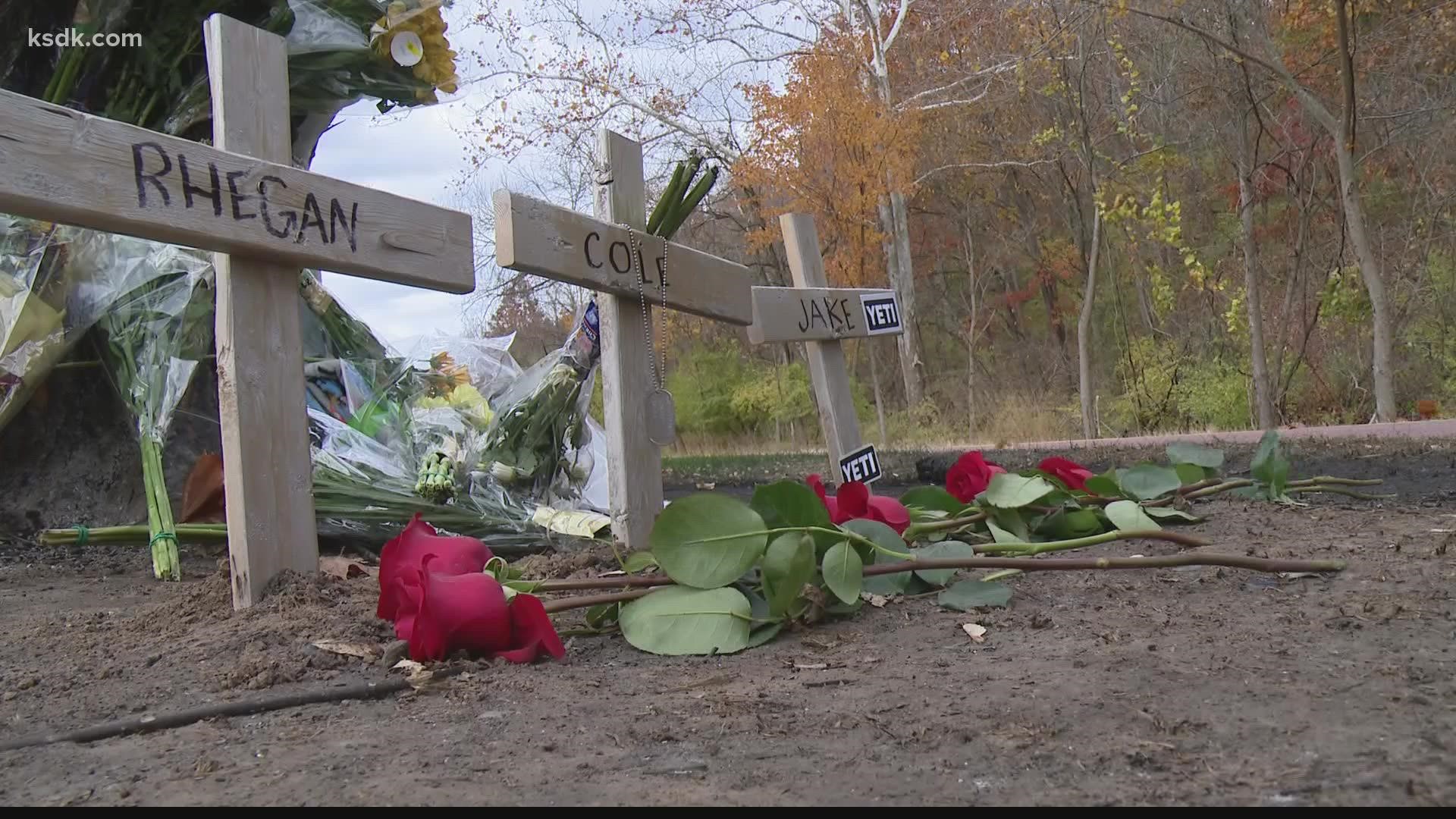 "The more he was around my family, he grew into the family and became more of a brother figure rather than a family friend," she said of Anello. "It's really hard to see something like that happen so fast."

Casom, 18, was visiting the crash site with her younger brother Jack Casom, 16. The siblings grew up with Anello but knew all five of the kids in the car. Two survived with serious injuries.

Police said Anello, 16, was at the wheel during the single-car crash in west St. Louis County Sunday morning around 4 a.m. Investigators said the car was headed east along Kiefer Creek Road when it hit a tree and burst into flames.

The Casoms attend Marquette High School with Sajben and Keifer — both 15 — though Anello attended De Smet.

"It was very quiet. You could feel it in the air," Ava said of her first day back at school since the crash. "[There were] multiple counselors and therapists walking around from school and checking on everybody. I think every time I went to the bathroom there was a big group of girls mourning the loss, which is just so hard to see."

GoFundMe accounts have been set up to benefit the families of the three victims — Anello, Sajben, and Keifer. An account benefitting one of the survivors has been removed.

Monday afternoon, after the last school bell, a group gathered around the tree. Some kids were still wearing school uniforms as the sun set and the temperature dropped. Despite their numbers, the crowd was quiet. 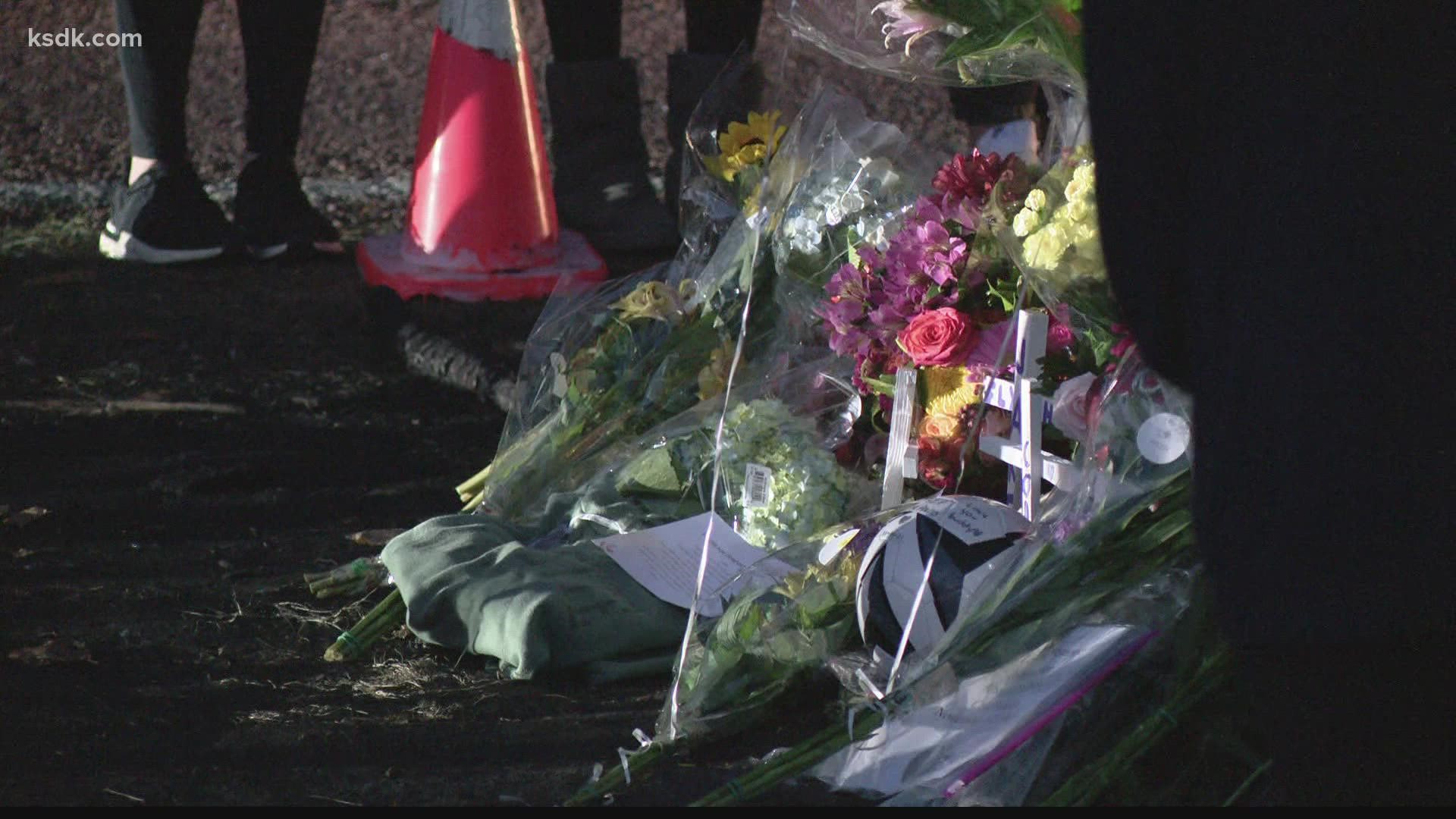