Video from inside the bus appeared to show a pickup truck crashed into the side of the bus, causing a hole in the transportation vehicle 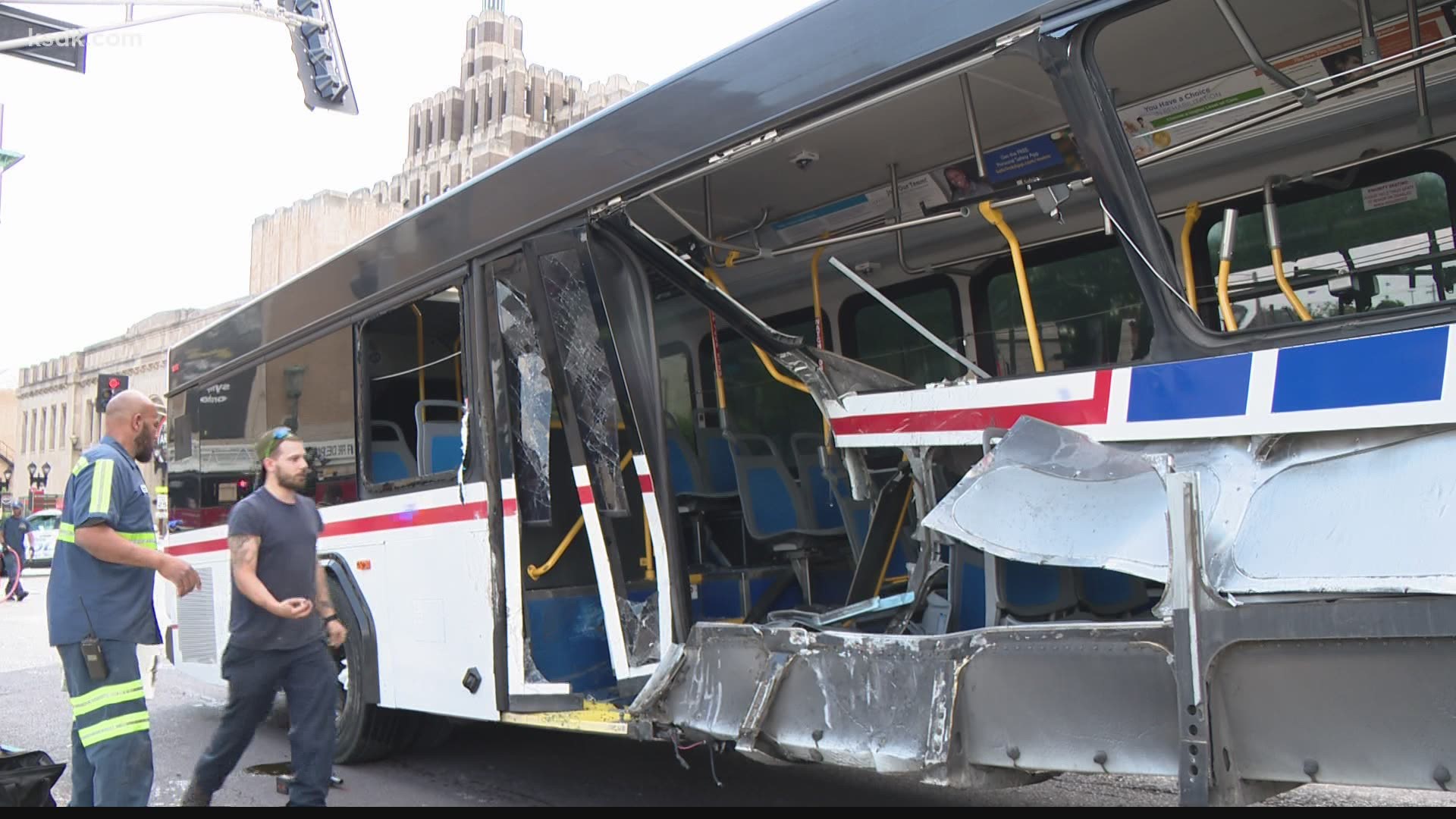 ST. LOUIS — Six people on a bus were hurt after a pickup truck collided with a MetroBus along a busy stretch of Grand Boulevard Friday afternoon.

Emergency responded at about 1:42 p.m. to North Grand and Delmar boulevards, which is near Powell Hall and The Fabulous Fox. No one was trapped in the crash, but the St. Louis Fire Department reported six people were injured. Two patients were in serious condition and four patients had non-life-threatening injuries.

Video from the St. Louis Fire Department showed a white pickup truck with frontend damage. It came to a stop along the side of the MetroBus, which had extensive damage. The crash caused large pieces of the bus’ siding to come off.

St. Louis Fire Captain Garon Mosby shared video from inside the bus that showed the impact of the crash. The truck appeared to puncture through the side wall into the bus. The truck's front driver-side wheel was lifted off the ground.

Credit: UPI
St. Louis firefighters prepare to leave the accident scene where a city bus colllided with a pickup truck in St. Louis on Friday, June 4, 2021. Several passengers with serious injuries were removed from the bus. Photo by Bill Greenblatt/UPI

“The damage here speaks directly to the speed at which the truck was traveling. School busses & larger public transportation vehicles are constructed to sustain a decent amount of damage,” Mosby tweeted.

Fire officials did not release details about what caused the crash.

A Metro Transit spokesperson said the bus was on the #70 Grand route. It's not known how many passengers were on board. The bus will be replaced so service on the route can continue.

This is a developing story that will be updated when 5 On Your Side confirms more information.