Millions of tenants at risk as federal eviction moratorium ends

As U.S. Rep. Cori Bush sleeps on the steps of the U.S Capitol demanding for an extension, landlords want lawmakers to process approved rental assistance 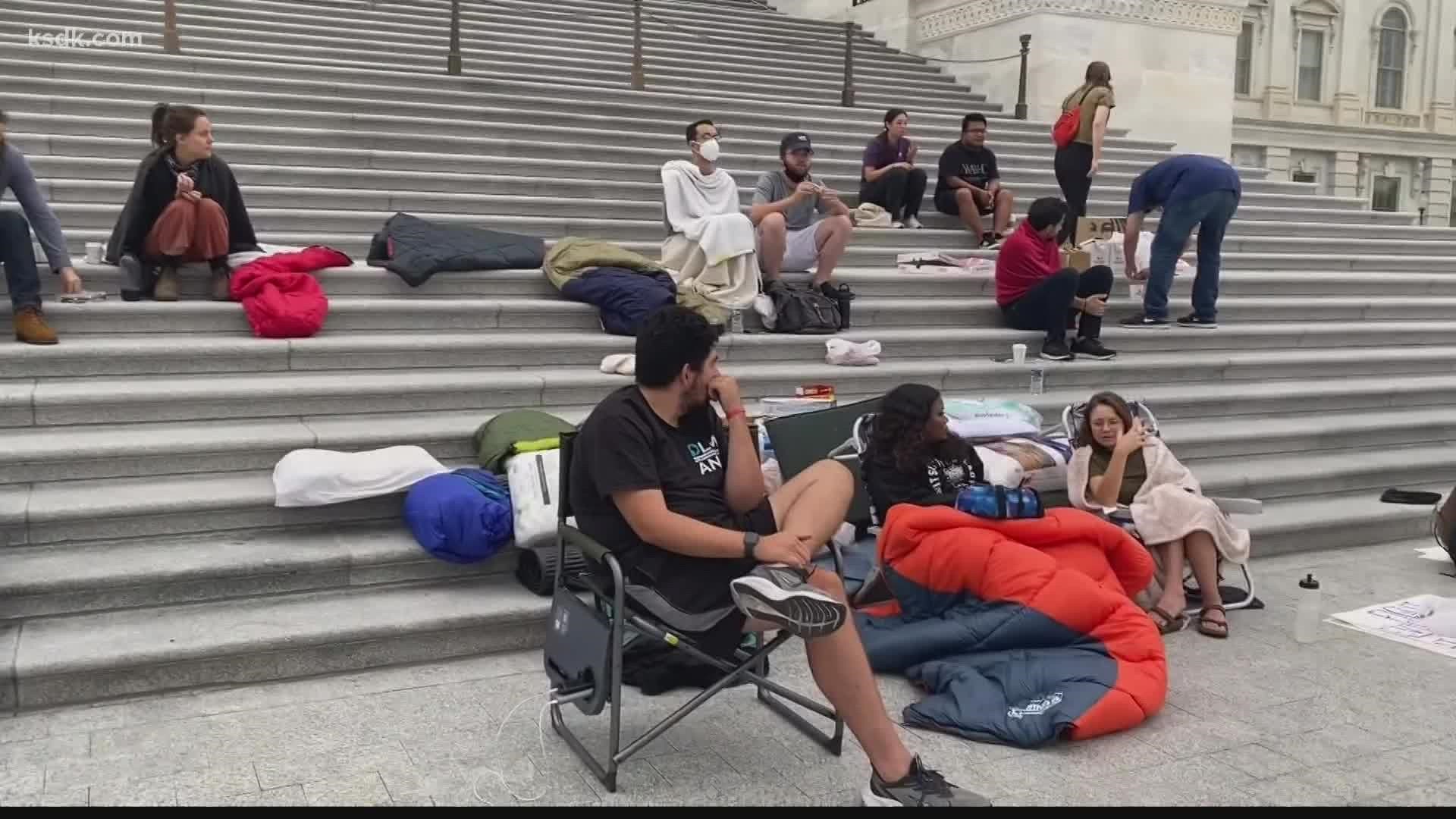 Bush, a Democrat, said she's protesting for the millions of households facing eviction over the next month.

"I've been evicted, I've lived in a car before. I don't anybody else to go through that. I definitely don't want my people in St. Louis to have to live through that," she said.

Bush is calling on lawmakers to extend the eviction moratorium that expired Saturday night.

"I'm fighting here. I'm sleeping out here on the street because I want to make sure that the (Biden) administration (and) Congress knows we won't stand for this. I'm fighting for you. I need you to stay in your homes," she said.

The National Equity Atlas estimates about 15,000 households in St. Louis and St. Louis County are behind on rent.

Nick Kasoff, who owns 15 properties in Ferguson, and Chris Krehmeyer, the CEO of Beyond Housing, just want lawmakers to process the federal assistance that's already been approved.

"Rather than sitting on the front steps of the Capitol, Congresswoman Bush should've been back here in St. Louis trying to find out why it takes St. Louis County three months to fill an application for rental assistance," Kasoff said.

"If a significant majority of the folks that are going to receive benefit are the folks who deserve it and need it, let's do that. We're in the middle a pandemic. People are dying everyday. It's getting worse everyday — the last thing we want to do is kick people out of their homes," Krehmeyer said.

Bush will continue pushing for the 218 votes needed to pass the extension in the House.

She said she'll stay outside the Capitol "until change comes."

Because of a Supreme Court ruling, only Congress can extend the moratorium. Many lawmakers are gone for their annual August recess.