According to the Missouri Department of Health and Senior Services, a man in his mid-40s died this week at Mercy Hospital St. Louis. 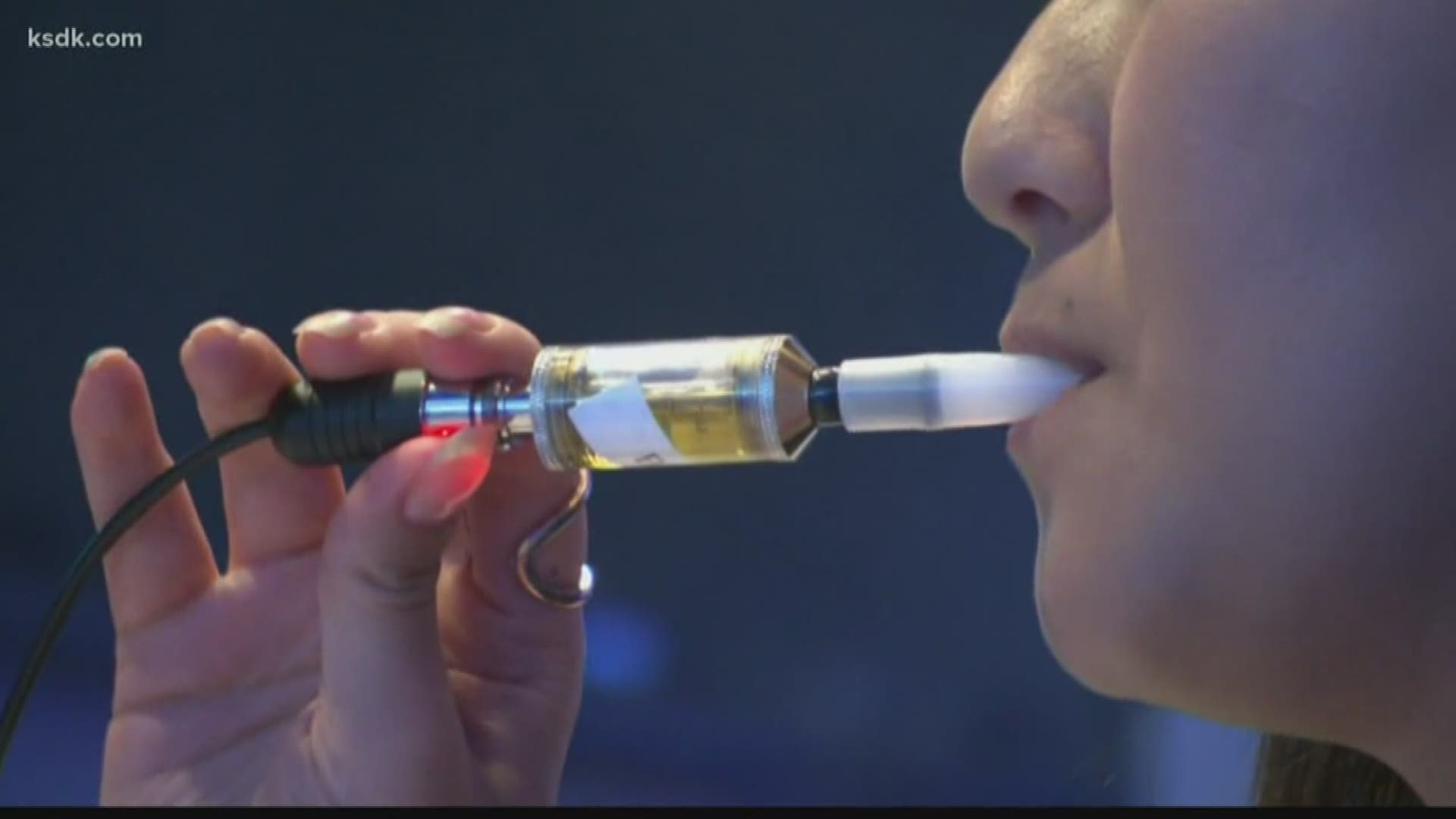 ST. LOUIS — A Missouri man is the eighth person in the United States to die due to an illness associated with the use of e-cigarettes.

According to the Missouri Department of Health and Senior Services, a man in his mid-40s died this week at Mercy Hospital St. Louis. The man has not been identified.

This is the first vaping related death in Missouri.

Missouri Department of Health and Senior Services said it concluded the man’s death was a vaping-related lung injury after lung samples were taken. The release said he had a history of vaping that started in May of 2019 and had normal lung function prior to starting vaping.

The press release from the Missouri Department of Health and Senior Services said the man developed mild respiratory symptoms that worsened, leading to hospitalization on Aug. 22 before being transferred to Mercy in St. Louis on Sept. 4.

“This is an unfortunate case of a young man with no prior lung illness who started vaping because of chronic pain issues,” said Dr. Michael Plisco, Mercy critical care pulmonologist and medical director of Mercy’s extracorporeal membrane oxygenation (ECMO) program. “He started out with shortness of breath and it rapidly progressed and deteriorated, developing into what is called acute respiratory distress syndrome (ARDS). Once the lungs are injured by vaping, we don’t know how quickly it worsens and if it depends on other risk factors.”

There have been 22 reports of vaping-related illnesses in Missouri.

“We are sad to report that this illness associated with vaping has now resulted in a death in Missouri and extend our condolences to his family,” said Dr. Randall Williams, DHSS director. “As previously stated, we encourage Missourians to follow the CDC guidance to refrain from using e-cigarette products if you are concerned about these specific health risks, especially while the investigation is ongoing.”

No infectious diseases have been identified with the illness, meaning it doesn’t spread from person to person. These lung illnesses are likely associated with a chemical exposure from vaping. Patients report e-cigarette use and similar symptoms including:

Just over 27% of high school students in the United States reported using e-cigarettes in the last 30 days, which is up more than 7% since 2018. Some studies show 7-10% of middle schoolers use the products.

READ MORE: Ask a doctor: What to know about vaping after reported deaths

Medical professionals would encourage everyone to avoid vaping products during the investigations into the current epidemic of illness, and never to use products purchased on the street or modified from their original form. The best advice is to avoid these products entirely to protect ourselves from potentially severe illness or long-term health outcomes.

RELATED: Vaping has dangers that could take years for scientists to even know about

RELATED: Trump to propose ban on flavorings used in e-cigarettes