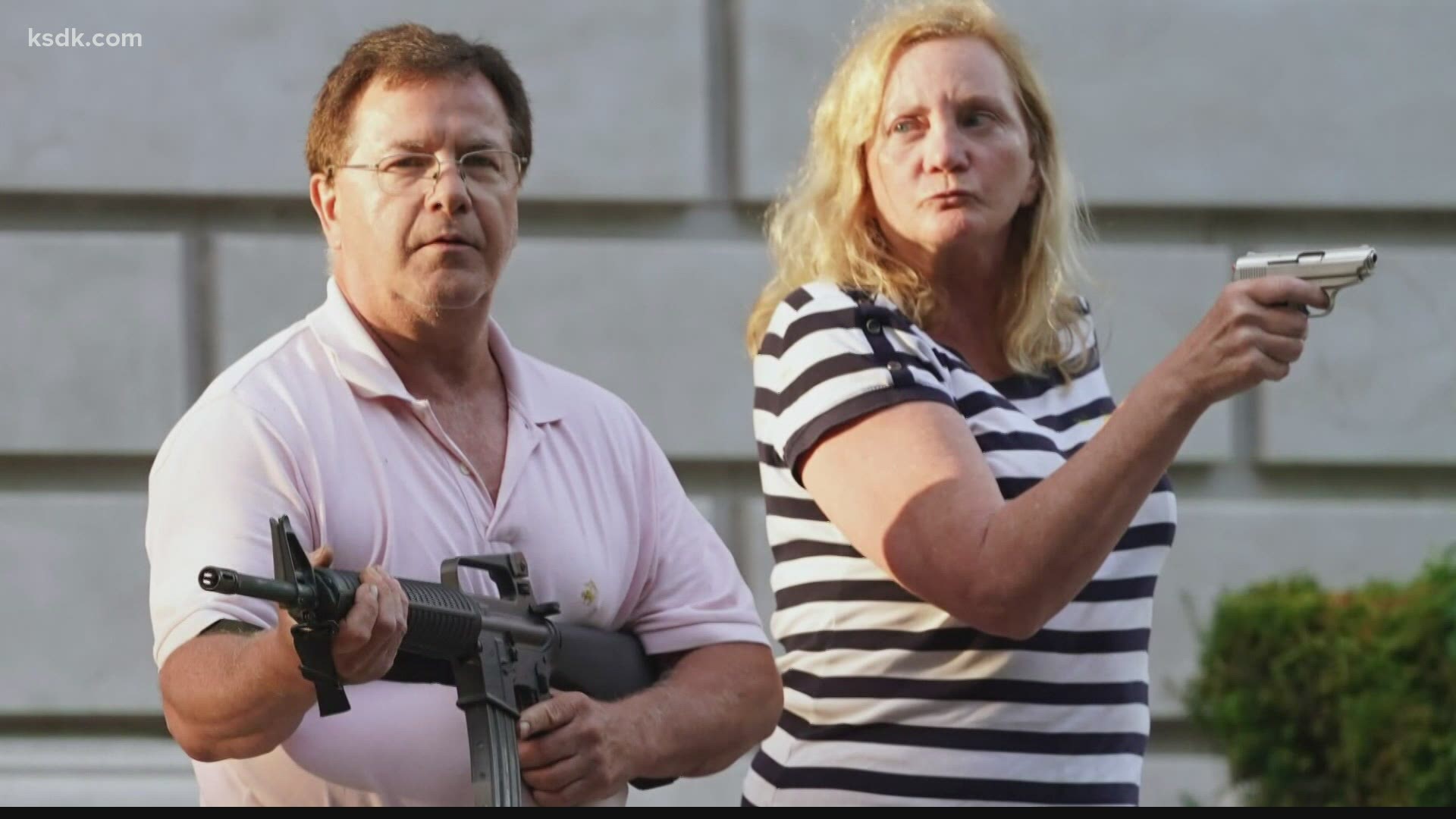 ST. LOUIS — The Missouri Supreme Court has denied St. Louis Circuit Attorney Kim Gardner’s appeal in the McCloskey case, so a special prosecutor will be handling the case.

The Central West End couple gained international stardom in 2020 after pointing guns at protesters who were on their way to Mayor Lyda Krewson’s house.

Gardner charged Mark and Patricia McCloskey with unlawful use of weapons charges as well as tampering with evidence.

Their attorney successfully argued before Judge Thomas Clark that Gardner used the case for political gain after citing it in campaign fundraising emails before and after the charges were issued.

Clark removed Gardner and her office from the case. She then appealed to the Missouri Eastern District of Appeals, which denied her writ. She then took it to the Missouri Supreme Court, which handed down its decision Tuesday.

“This is what we expected based on the careful thoughtful ruling from Judge Tom Clark,” said Joel Schwartz, attorney for the McCloskeys.

The state Supreme Court did not explain its decision to deny Gardner’s writ.

Any decisions regarding the case now rest with him.

Callahan spent his first 30 years as a state prosecutor in St. Louis before serving as a judge for 10 years. President Barack Obama appointed Callahan as the U.S. Attorney for the Eastern District of Missouri in 2010.

He stepped down from that role in 2017 and has volunteered as a senior judge in Cole County ever since. In Missouri, judges have to retire at 70 but can volunteer as senior judges.

He said the opportunity to serve as the special prosecutor in the McCloskey case in St. Louis where his career began is somewhat nostalgic.

The McCloskeys are expected to appear before Judge David Mason on April 30 for a status hearing.