"A storm hits, the roads are terrible, people are getting in wrecks, and an excuse is given. To me it's incompetence at best,” Rep. Nick Schroer said.

One state representative says he’s watching the department’s response closely after what he calls “incompetence” during the first storm on the season.

"A storm hits, the roads are terrible, people are getting in wrecks, and an excuse is given. To me it's incompetence at best,” Rep. Nick Schroer (R) said.

MoDOT says in last month's storm, the first round of weather washed off the salt, then another band of snow arrived just in time for rush hour. 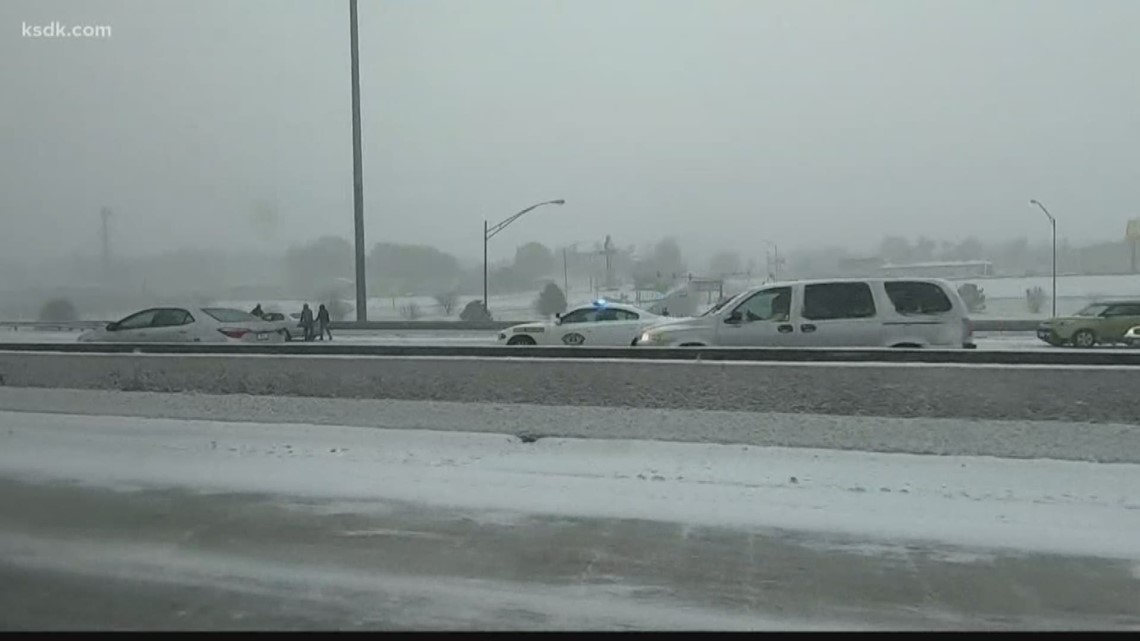 "When you're putting the lives of Missourians on the line, something has to change,” Schroer said.

Schroer says he wants to study the way other states respond to snow to see if we can learn from them.

"You look at the maps of Illinois, and they got the same storm we did and they didn't really have an issue,” he said.

MoDOT sent 5 On Your Side a statement saying in part, "safety is our number 1 priority. MoDOT has hundreds of dedicated employees in St. Louis working hard to keep roads safe and passable."

Schroer says he'll be watching to see if the roads are safe and passable this time.

"If this incompetence happens again, we're going to be calling in MoDOT into government oversight to figure out how we can work together to fix this problem,” he said.

MoDOT’s full statement is below:

"Safety is our number 1 priority. MoDOT has hundreds of dedicated employees in St. Louis working hard to keep roads safe and passable. State employees were out all day Monday, November 11th, working the winter event including plowing and spreading salt. It is difficult to use salt in an effective way when storms start as rain/sleet and strike during times of heavy traffic volumes. The November 11th event had warm enough ground temperatures to melt all the snow that fell, washing off the salt that was applied early in the day. Although the weather forecasts said it would end midday, an additional wave of snow came around 2 p.m. after the first snow had melted and washed off the salt. When the winds brought a significant drop in temperature, all routes across St. Louis started freezing at the same time which coincided with the start of evening rush hour.

"MoDOT’s trucks were treating roads all day. Winter events like Monday can present extreme challenges, especially when you have winter precipitation during rush hour. Specific to Representative Schroer’s area in St. Charles County, there were a couple significant crashes on I-70 and Rte 364 that MoDOT trucks were caught in. When MoDOT trucks are stuck in traffic, it limits our ability to continue treating roads and getting to all the state owned roads."