"As a survivor, I don’t want this happening to anyone else," the vice-president said 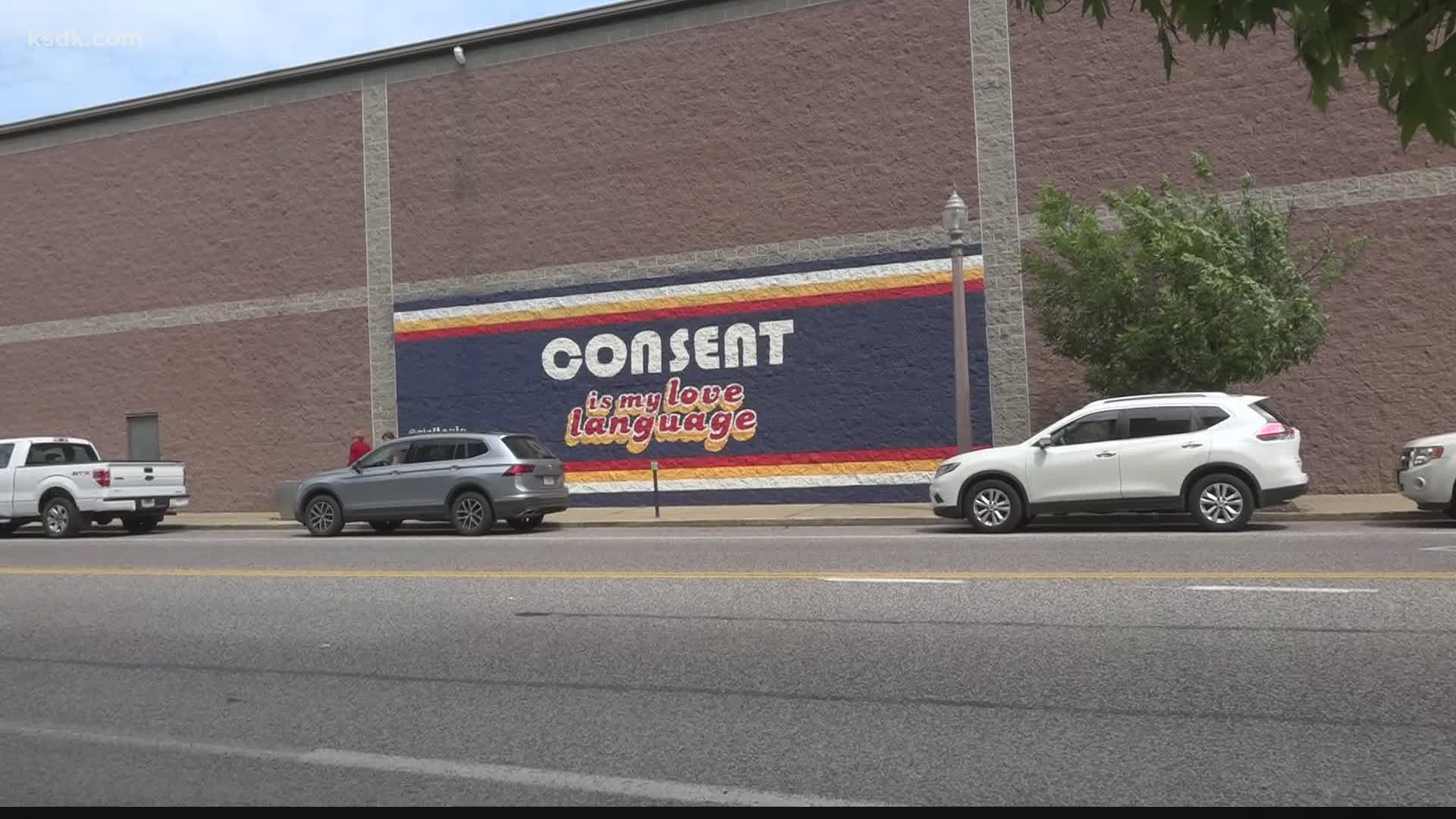 ST. LOUIS — A group of women have created a new program to end sexual harassment in the workplace.

It's a non-profit that just got its license in February, but those involved are excited to leave an impact.

Driving through the Grove, you may have seen the mural saying "Consent is my love language". It's a painting that speaks volumes.

"We just wanted to make a bold statement," she said.

After sexual assault allegations came to light in the Grove last summer, this piece of art was created.

It was also the start of the STL Against Sexual Assault organization.

Coming together, a group of six women linked arms to form it. Hunerlach is at the forefront as president.

We're told 90% of women and 70% of men have reported some sort of sexual harassment at work. Transgender employees are three times more likely to be harassed in the workplace than cisgender ones.

In the craft beer industry nationwide, hundreds of sexual harassment allegations are currently coming to light.

A week ago, a brewer at Notch Brewing in Massachusetts shared a sexist experience and opened up the platform for others.

Thousands of people have come forward.

That's where the organization comes in.

Its goal is to provide its own curriculum and training.

"We actually go into the business, do one-on-one group sessions, having training videos, have curriculum," Hunerlach adds.

It's even partnered with the Grove. To continue expanding, it needs grant writers and educators who can assemble a curriculum.

Volunteers are needed too.

With more help, this survivor-led group hopes to paint a better future.

"Every single woman that I’ve worked with in the industry has had a story of harassment or abuse. As a survivor, I don’t want this happening to anyone else. Breaking that silence can prevent it, use your voice, use your connections and speak up and know that you will be heard," McClure said.