In August 2019, Hupp was sentenced to life in prison without the possibility of parole in the murder of Louis Gumpenberger

CHILLICOTHE, Mo. — Pam Hupp recently wrote a motion to ask a judge to throw out her murder conviction.

She claims she was pressured by her attorneys and by the jail, to take a plea.

In August 2019, Hupp was sentenced to life in prison without the possibility of parole in the murder of Louis Gumpenberger.

Gumpenberger, who had a traumatic brain injury, was killed at Hupp’s home in O’Fallon, Missouri, in August 2016. Prosecutors said in 2016 Pam Hupp lured Gumpenberger over to her home and shot and killed him while telling a 911 dispatcher he had held her at knifepoint and chased her into her home.

In June 2019, Hupp pleaded guilty to first-degree murder and armed criminal action in Gumpenberger's death. Hupp entered an Alford plea in court. An Alford plea means she accepts the fact that the state had enough evidence to convict her of the murder of Gumpenberger.

The guilty plea was part of an agreement Hupp reached with the state. In exchange, St. Charles County Prosecuting Attorney Tim Lohmar agreed to take the death penalty off the table.

In 2017, she entered a not guilty plea. Hupp has previously insisted shooting Gumpenberger in her home was self-defense.

The motion was filed on Sept. 21. Hupp's handwritten note said when the plea was offered, she was promised a conference to discuss the deal with her husband. "Attorneys said they would set up the meeting so I could talk to my family regarding this life altering decision. I waited and waited as the clock ticked away," the letter read.

5 On Your Side reached out to Hupp's attorneys for comment. 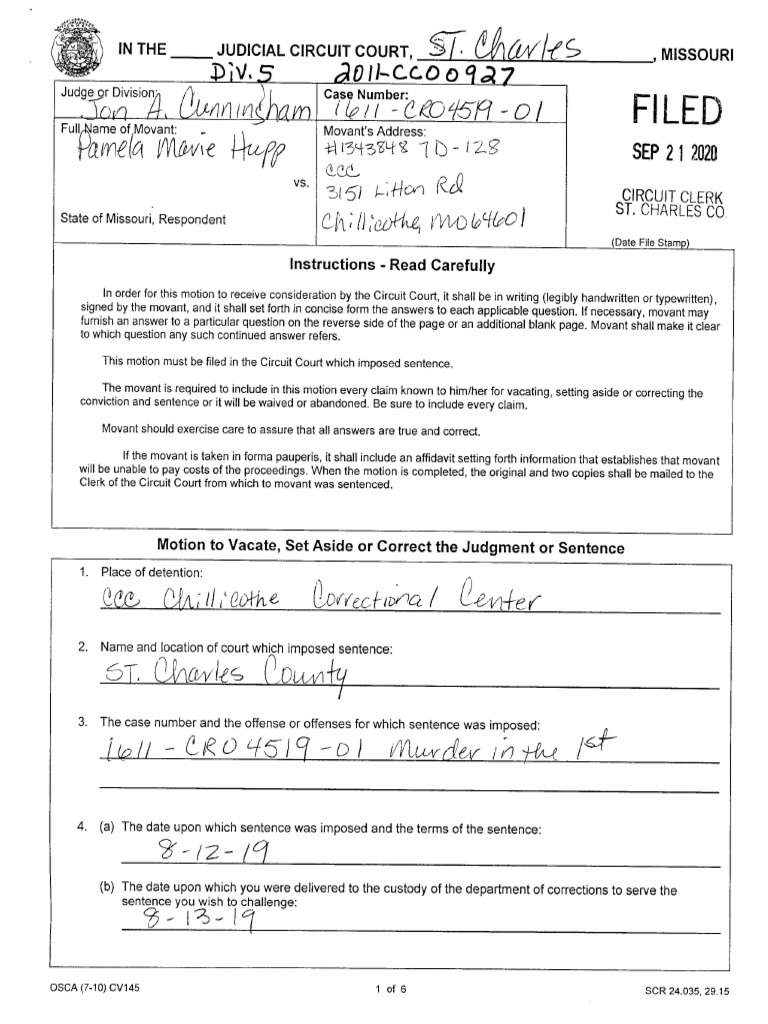