'I wasn’t really thinking about the guns' | The photographer who captured viral images of St. Louis protest

Photographer Bill Greenblatt was on the scene of a protest when he saw homeowners armed with guns. He shares his perspective with anchor Rene Knott 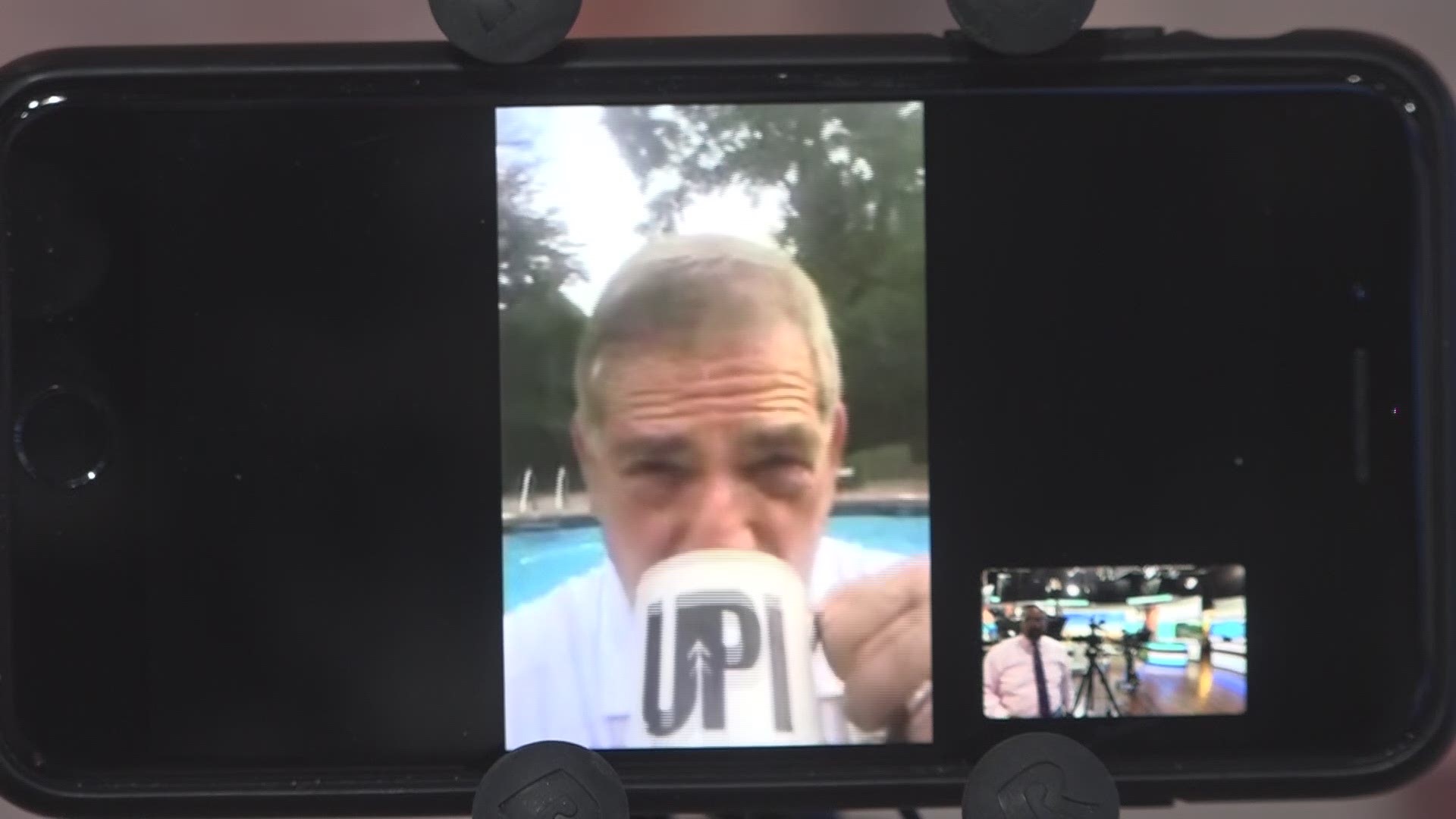 ST. LOUIS — Bill Greenblatt is the photographer who took the photos that have gone viral of a couple in the Central West End who pointed guns at protesters Sunday.

Greenblatt, who works for United Press International, was on scene during the protest Sunday afternoon.

"Suddenly, somebody said, 'Let's go,' and a gate was open for Portland Place. People started running in there," Greenblatt said during an interview with Today In St. Louis anchor Rene Knott on Monday.

Greenblatt said he saw one or two people bending the gate. He then said he heard somebody yell, "Those people have a gun!"

"I looked over and there was a man on the porch with a semi-automatic weapon and I went over there," he said.

Knott asked Greenblatt if he was scared when he saw the homeowners with guns.

"I thought about that and it really didn't faze me because they weren't pointing guns at anyone, at first," Greenblatt said. "I think it appeared that he was protecting his property when you hear 300 people running through the neighborhood. The woman emerged from the house with a pistol and she was pointing it at people."

1 / 5
UPI
A husband and wife hold a pistol and semi-automatic rifle as protesters walk past their house enroute to St. Louis Mayor Lyda Krewson's home during a protest march in St. Louis on Sunday, June 28, 2020. The man and woman greeted about 300 protesters, shouting as they marched past their home. No shots were fired and the protesters moved on. Photo by Bill Greenblatt/UPI

Greenblatt said he never felt scared and that the organizers did a good job or getting people away from the house.

“I was just trying to get some sort of interaction between the protesters and the person," Greenblatt said. "I wasn’t really thinking about the guns. Just thinking about the emotions on their face as they were holding their weapon.”

Hundreds of people were on their way to St. Louis Mayor Lyda Krewson's home to protest her actions on Friday when she read the names and addresses of protesters who wrote her letters, asking her to defund the police.

"Did you get a sense that this was a peaceful protest?" Knott asked.

“I thought it was pretty peaceful. There were somethings, like breaking down the gate and maybe painting on the street, things of that nature but that’s kind of expected these days. If that’s the worst that happens, we’re doing OK,” Greenblatt said.

Editor's note: Greenblatt routinely does photography work for the city's public safety departments. He is also contracted by 5 On Your Side to provide still images.