In the now-deleted Facebook video, Mayor Lyda Krewson read the first and last names of protesters who are calling on the city to defund the police department 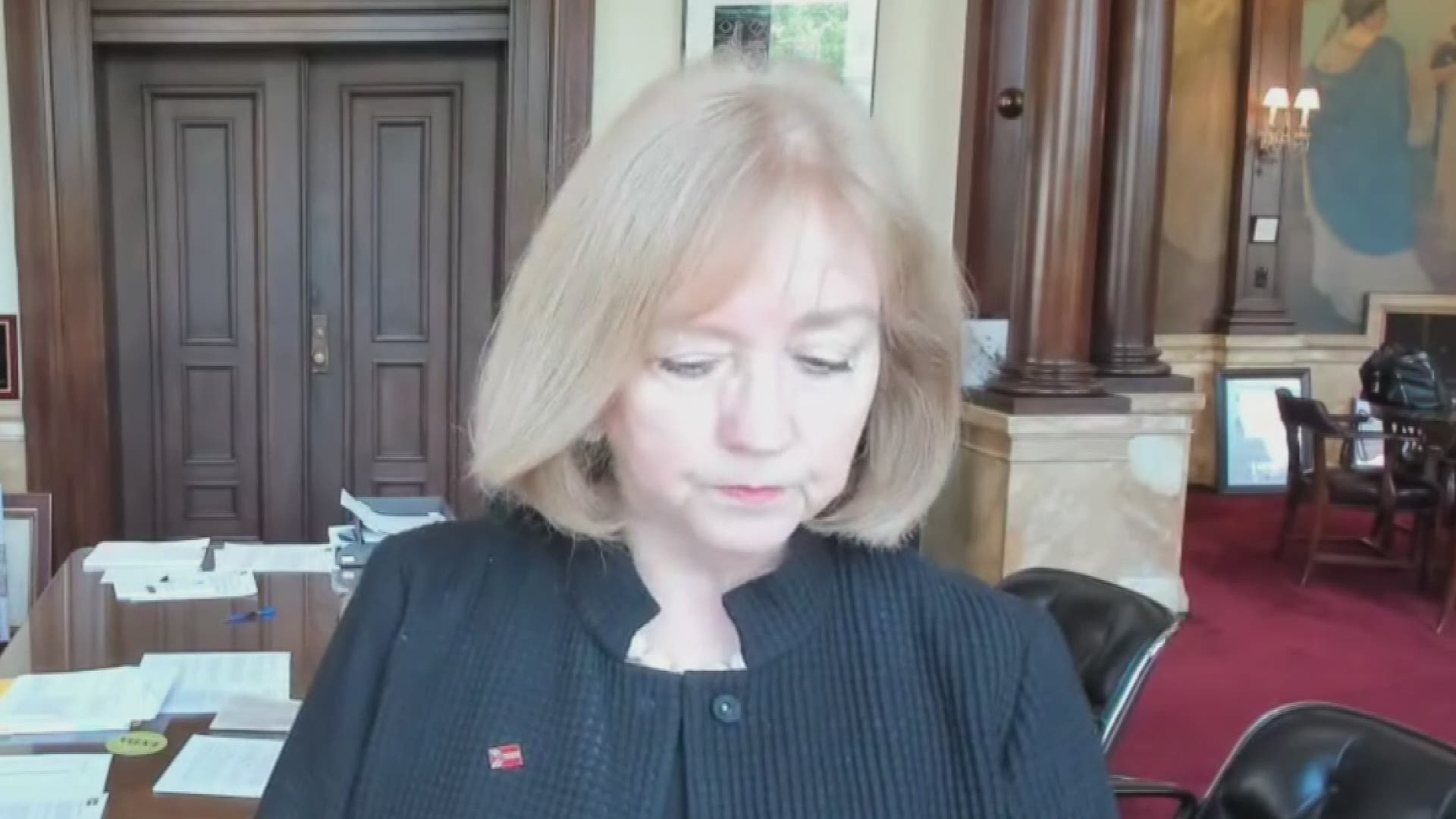 ST. LOUIS — St. Louis Mayor Lyda Krewson is facing backlash on social media Friday night for reading the names and street addresses of protesters who are calling on the city to defund the police department.

Members of the St. Louis Board of Aldermen have spoken out and the ACLU of Missouri also has responded.

It all started during the question-and-answer portion of the mayor’s Facebook Live briefing Friday afternoon, which she has held regularly during the COVID-19 pandemic. A person watching on Facebook wrote in to ask the mayor about the meeting she held with demonstrators outside of City Hall earlier in the day.

In the now-deleted Facebook video, Mayor Krewson said the conversation “wasn’t really a two-way conversation… because there was a very loud response from the demonstrators.”

READ ALSO: Byers' Beat: Behind St. Louis Mayor's move to take money away from The Workhouse

She said the group gave her some papers about how they thought the city’s budget should be spent, at which time she stepped away from the camera to grab the papers off of her desk.

Mayor Krewson then began reading the suggestions. She gave first and last names and what streets people lived on – in some cases, she gave exact addresses – along with how they want the budget to be spent. Many of them suggested a budget of $0 for the St. Louis Metropolitan Police Department.

In the days since the topic of defunding police has come up, the mayor has said several times during her Facebook Live briefings she is against removing funding from the St. Louis police department. 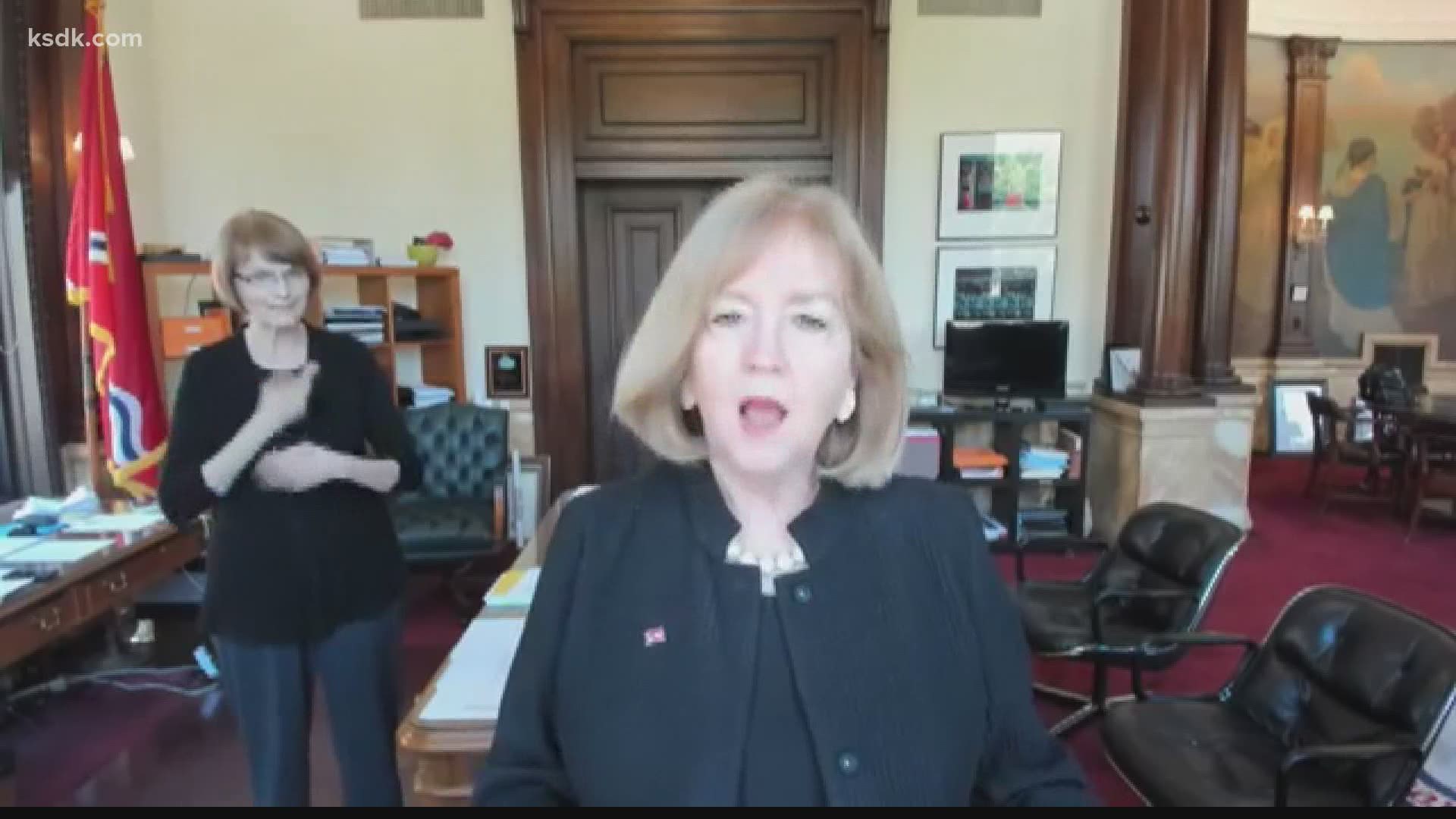 Friday night, Mayor Krewson issued a statement apologizing for her actions. The full statement is below:

"In an effort to be transparent and accessible to the public during the Covid-19 pandemic, for more than three months now I have been doing tri-weekly community updates on Facebook. Tonight, I would like to apologize for identifying individuals who presented letters to me at City Hall as I was answering a routine question during one of my updates earlier today. While this is public information, I did not intend to cause distress or harm to anyone. The post has been removed."

The apology came after two St. Louis Board of Aldermen members and commenters online criticized the mayor for what many people called "doxxing" the protesters.

"Hey @LydaKrewson. So not cool to doxx my constituents who support #DefundThePolice on your FB live today. It’s a move designed to silence dissent, and it’s dangerous. #DoBetter," wrote Alderwoman Megan Green who represents Ward 15 in south city.

"No leader should resort to intimidation of the residents they were elected to represent. Period." tweeted Alderwoman Cara Spencer, who represents Ward 20 in south city.

The ACLU of Missouri issued the following statement Friday evening regarding Mayor Krewson’s reading of names and addresses:

“Today adds to the list of things we never thought we would have to say. To be clear, it is shocking and misguided for Mayor Lyda Krewson of St. Louis, to broadcast the addresses of those who dare to express a different viewpoint on an issue of public concern. It serves no apparent purpose beyond intimidation. We are stronger when we foster open dialogue. The chilling of debate should bother everyone, no matter whether they agree or disagree with the mayor on this particular issue.” – Sara Baker, Policy Director ACLU of Missouri

Some people online are even calling for her to resign, including thousands of people who have already signed a Change.org petition.

Although the Facebook Live video can no longer be viewed on Mayor Krewson’s Facebook page, 5 On Your Side has a copy of the video, which was used for purposes of reporting this story. As a point of transparency, 5 On Your Side shared the stream live as it happened on our website and app, which is not archived. We have chosen not to share the video due to the mayor reading the names and addresses during the briefing.