"I would never talk smack about a Chevy again." 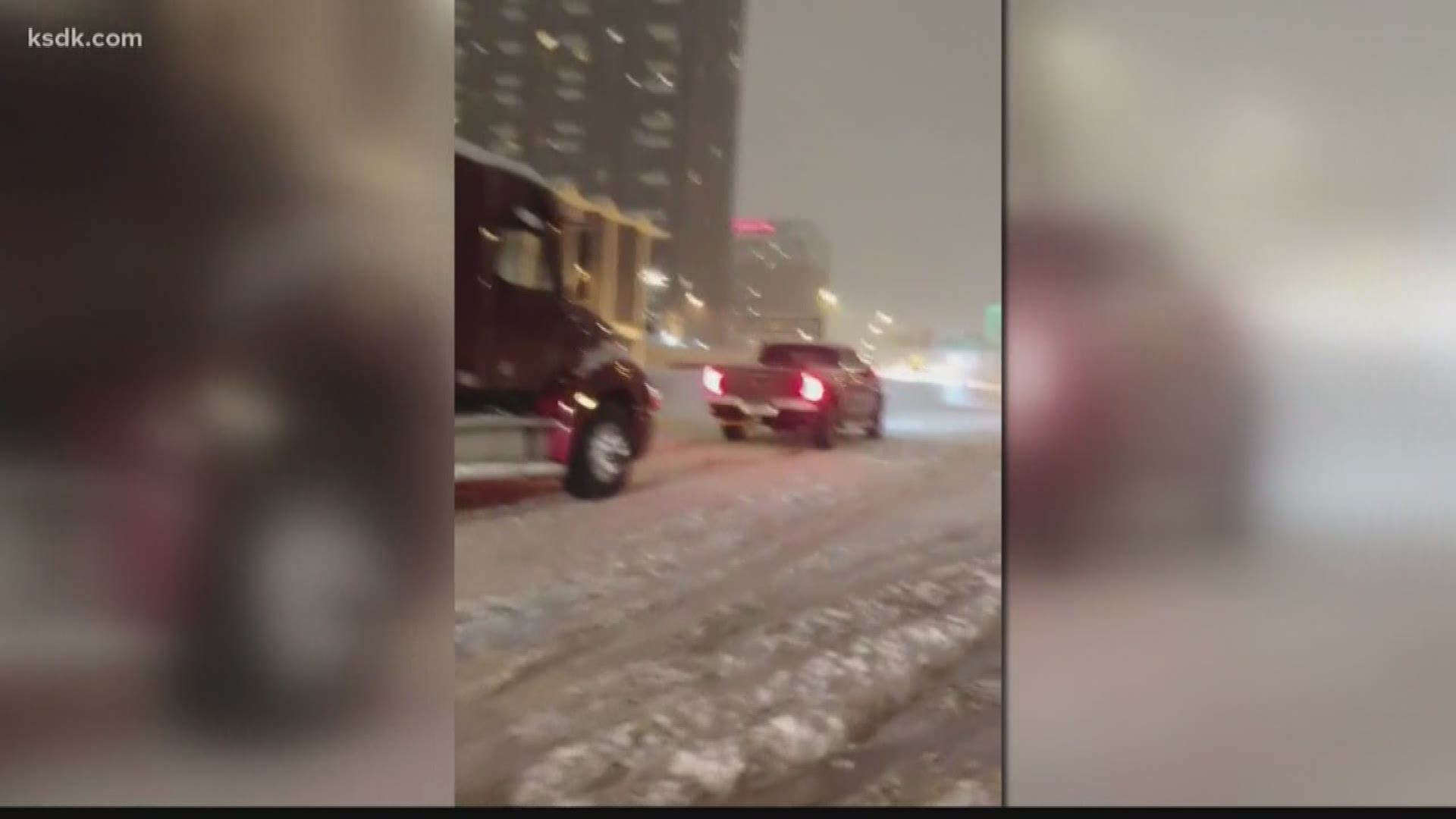 ST. LOUIS — You might think pickup trucks are no match for a tractor trailer, but one man likely would've been stranded if not for a stranger in a pickup truck.

The rescue happened on Interstate 70 in downtown St. Louis right at the height of the snow storm.

Trucker Adam Bosler recorded on his camera phone a good Samaritan pulling his tractor-trailer up an icy incline on Interstate 70 near the Lumiere Hotel and Casino.

In a separate video, he also recorded the same man's Chevy pickup truck pulling another 18-wheeler up the incline.

Bosler said if not for the pickup driver he may not have gotten home to his family.

"I think it's incredible when everybody in the same industry can come together make things happen just to get everybody home," Bosler said.

5 On Your Side also caught up with the good Samaritan on Saturday about the rescues.

He said he just wanted to lend a helping hand.

"I like to help people and for that reason, I just opened the doors as soon as people for everybody to go home and safe," Valon Ibishi said.

Ibishi said he pulled four semi trucks up the hill during the height of the storm.