Man dies after being attacked by 2 pit bulls, police say

The two dogs will be euthanized, according to the St. Clair County Sheriff’s Department 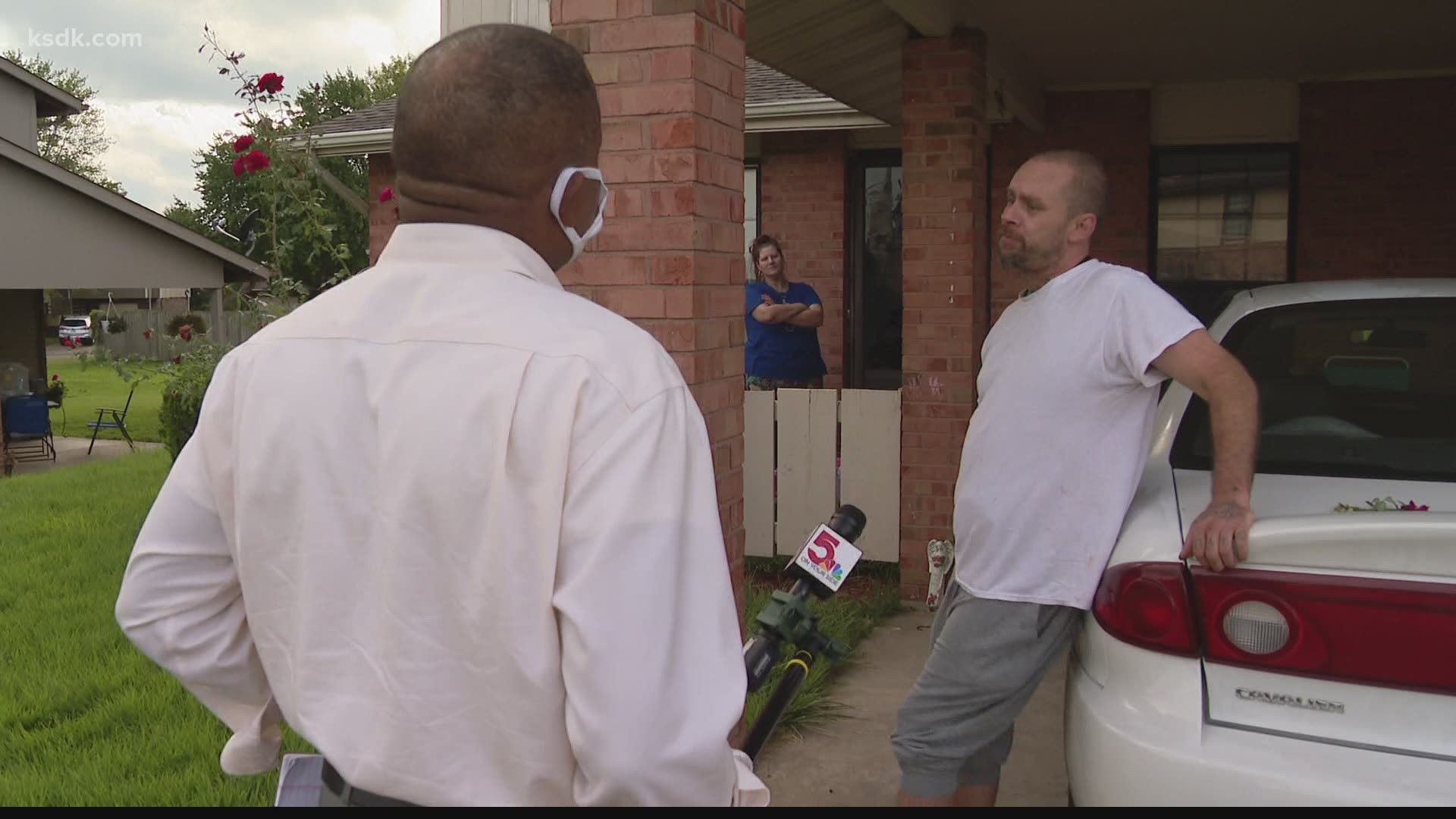 Deputies responded to a report of a person attacked by the dogs inside a house in the 300 block of Campus Dr. in unincorporated Belleville around 1:40 p.m.

A 45-year-old man said his step-father had been attacked by the dogs and found him dead inside. He’s been identified as 61-year-old Stephen F. Pemberton Sr.

The dogs are owned by Pemberton Sr.’s step-son.

According to the release from the sheriff’s department, the 45-year-old’s wife and a health care worker, who were in a separate room during the attack, called the 45-year-old man to return home because they could hear the attack, but couldn’t leave the room they were in. Neither of the women were injured.

The sheriff’s department said the dogs are kept in a laundry room when the 45-year-old man leaves the house, but for unknown reasons, the dogs either got out or were let out by the victim, who was then attacked and killed by the dogs.

"We woke up. There's about 12 cop cars out there. My girlfriend and I, we didn't know what was going on," said next-door neighbor, Jason Morgan.

What happened inside a St. Clair County home in mid-afternoon Wednesday stunned next-door neighbor, Morgan and many others in the neighborhood.

"We saw him when he came in. He was upset, very, very upset; of course, you would be," said Morgan.

"They kept the dogs inside. Next thing you know they're dragging the dogs out and a hearse pulls up. It's crazy. It's just something you don't hear about everyday," Morgan said.

“The investigation is continuing, but no one is in custody at this time, and charges are not expected to be filed," Capt. Bruce Fleshren of the St. Clair County Sheriff’s Department said in a press release. "While precautions were taken to keep these dogs away from others in the home, obviously that did not work, and there was very high price paid to keep these dogs.”

A neighbor told 5 On Your Side the family has lived at the home for nearly a year.

IRS to send out 50,000 checks withheld by mistake