'It's better now than it was before': Riders, security leaders react to changes along MetroLink 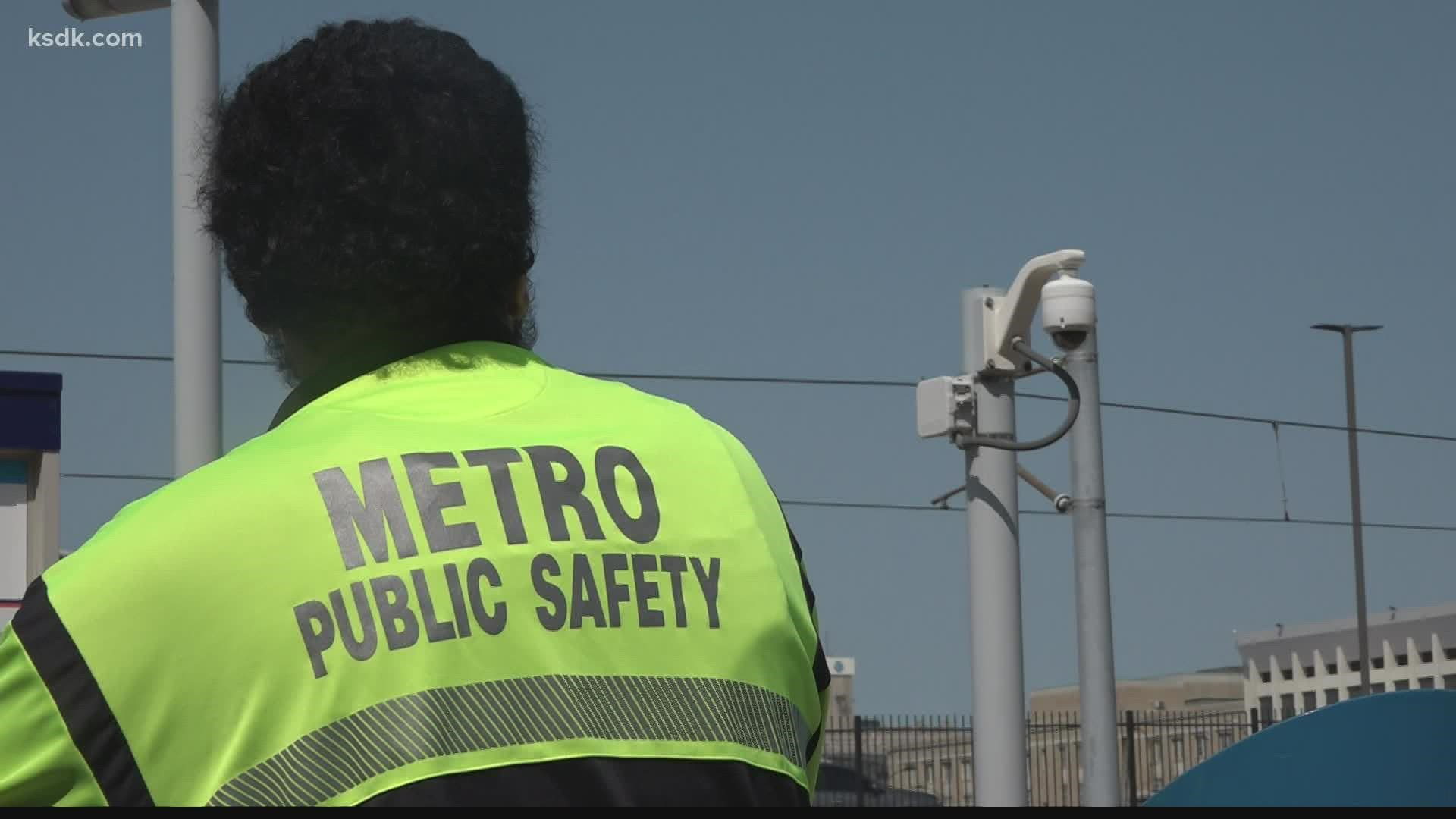 ST. LOUIS — Jerone Hornbeak’s toddlers followed him onto the MetroLink platform in downtown St. Louis Friday like little soldiers in a single file line – a place he said he wouldn’t have taken them just a few years ago.

“It’s better now than it was before,” he said as his 1-year-old daughter snuggled on his lap, while her 2-year-old brother and 3-year-old sister looked on. “Back then it was just a ruckus going on.”

He said he’s been riding the public transit system for at least 20 years, and is finally starting to feel safe.

It was exactly what Kevin Scott wanted to hear.

“This is a very important asset to this region,” Scott said. “A lot of people depend on it.”

Ever since, he’s worked with a team, which includes Andrew Ghiassi as the General Manager of Safety, Tony Smoote as the Field Security Supervisor and Billy Reynolds as the Project Manager for the private security firm G4S to improve security following years of public safety scandals involving police and high-profile crimes plaguing the rails.

East West Gateway spent about $800,000 on a private consultant to develop a system-wide security assessment for MetroLink in March 2018. The group made 99 recommendations, and MetroLink releases quarterly scorecards on how well it is completing those recommendations.

MetroLink’s public safety team has met its goals when it comes to staffing, training and developing a security strategy.

But they have more room for improvement when it comes to fare enforcement, preventing crime through better design at their locations and upgrading technology.

“There's no there's no end to good security,” Scott said. “There's no finish line. There's no day where I step back and I say, ‘OK, we're done.’”

And whether crime happens on the rails – or just near them like Thursday’s shooting in East St. Louis – MetroLink makes the headlines.

In Thursday’s incident, seven people including a child were injured. The shooter’s car then struck a MetroLink train, so the transit system was not connected to the crime in any other way.

In February, 30-year-old James Cook, a private security officer, was shot and killed by a rider at the Delmar Loop station.

Still, incidents of crime are relatively low, with 10 per 100,000 boardings, Scott said.

“We struggle with a perception problem with our system,” Scott said.

“Now, there’s more visibility,” he said, pointing to the security officers around him.

After seeing ridership plummet during the height of the pandemic in 2020, the transit system has seen it increase by 18% this year.

About 60% of incidents are the result of security and police personnel initiating activity instead of only reacting to it.

Weapon violations make up 61% of violent offenses. And the most standard of conduct offenses are drug and fare violations.

Scott’s approach has been to use hot-spot policing strategies, but where customer service comes first.

Private security officers walk the same routes like foot beats and use an app on their phones to track their movements.

“When you can see the same customers every day and you have a first name relationship with them, that's what we want,” he said. “That's not how we were doing things prior to this team taking over.”

MetroLink’s security specialists backstop them to deal with customer-service type of issues.

Police from St. Louis, St. Louis County and St. Clair Counties jump in only when necessary.

“One of the reasons why we had multiple shortcomings is because we were trying to over police the system if we weren't securing it,” Scott said.

And police officers don the uniforms of their respective agencies.

Scott said bringing all of the safety and security personnel together is perhaps the transit system’s greatest accomplishment so far.

“I cannot guarantee that we won't have challenges on the system,” Scott said. “Every system in America has challenges, so we have to effectively deal with it.”

And for now, it’s being effectively dealt with enough for Hornbeak and his little army.

And they eagerly hopped onto the train.