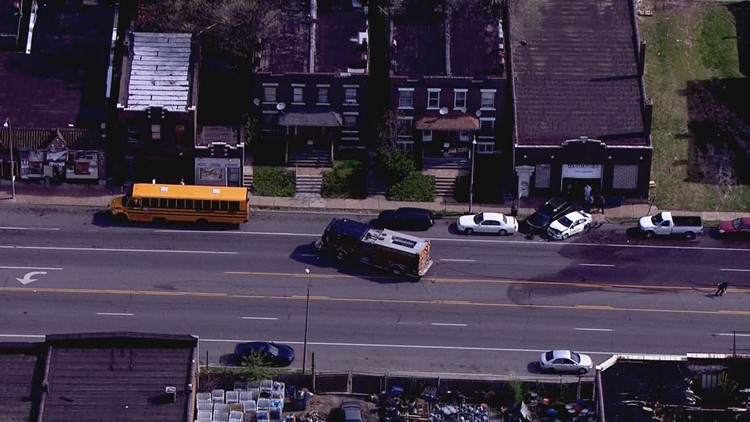 ST. LOUIS — A school bus was involved in a crash with several vehicles in north St. Louis. It was the second crash involving a school bus in the city Monday morning.

The crash in north city happened in the 4700 block of Natural Bridge Ave. on the edge of the Penrose and Kingsway East neighborhoods.

No students were on board the school bus at the time. A vehicle marked with the Metropolitan St. Louis Sewer District logo also was involved in the crash.

Emergency crews responded to the scene. It’s not known if anyone was injured, but a dog was hurt in the crash.

Earlier in the morning, a school bus collided with a car at S. Jefferson and Shenandoah in the Fox Park neighborhood.

The view from Sky5 showed the front right side of a black sedan collided with the front left side of the bus. The side of the school bus has "Missouri Central School Bus." Police haven't released any further details about the crash, including whether anyone was injured.