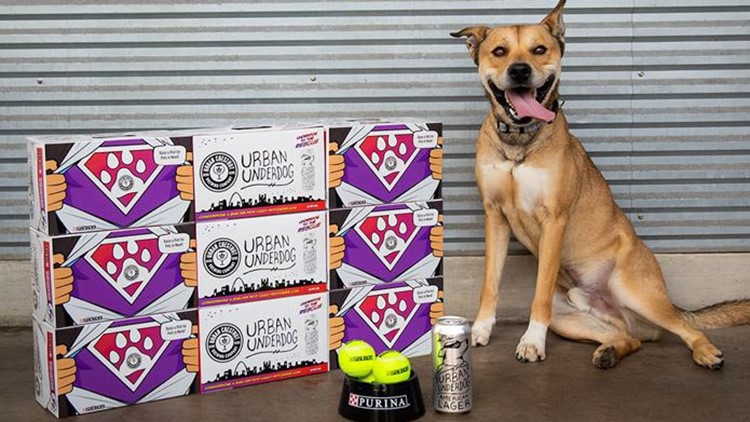 ST. LOUIS — If you're a pet and beer lover, keep reading.

Urban Chestnut Brewing Company and Purina are teaming up to raise money to help shelter pets in the St. Louis area.

Both companies are encouraging pet and beer lovers to ‘raise a pint for pets.’

For every specially marked 8-pack of Urban Underdog American Lager sold, Purina will donate $5 to the Petfinder Foundation to help shelter pets and the organizations that serve them.

The specially marked packs of beer feature the Urban Underdog character along with his sidekick – Undercat. The 8-packs with be sold at grocery stores in St. Louis city, St. Louis County, St. Charles County and areas in the Metro East.

“You don’t need to wear a cape or be able to fly to be a superhero for shelter pets,” said Kim Beardslee of Purina Community Affairs. “St. Louis is fortunate to have so many amazing shelter and rescue organizations advocating for adoptable pets.”

Since the two companies began working together in 2017, the ‘Raise a Pint for Pets’ campaign has helped raise more than $150,000 for local animal shelters, according to a press release.