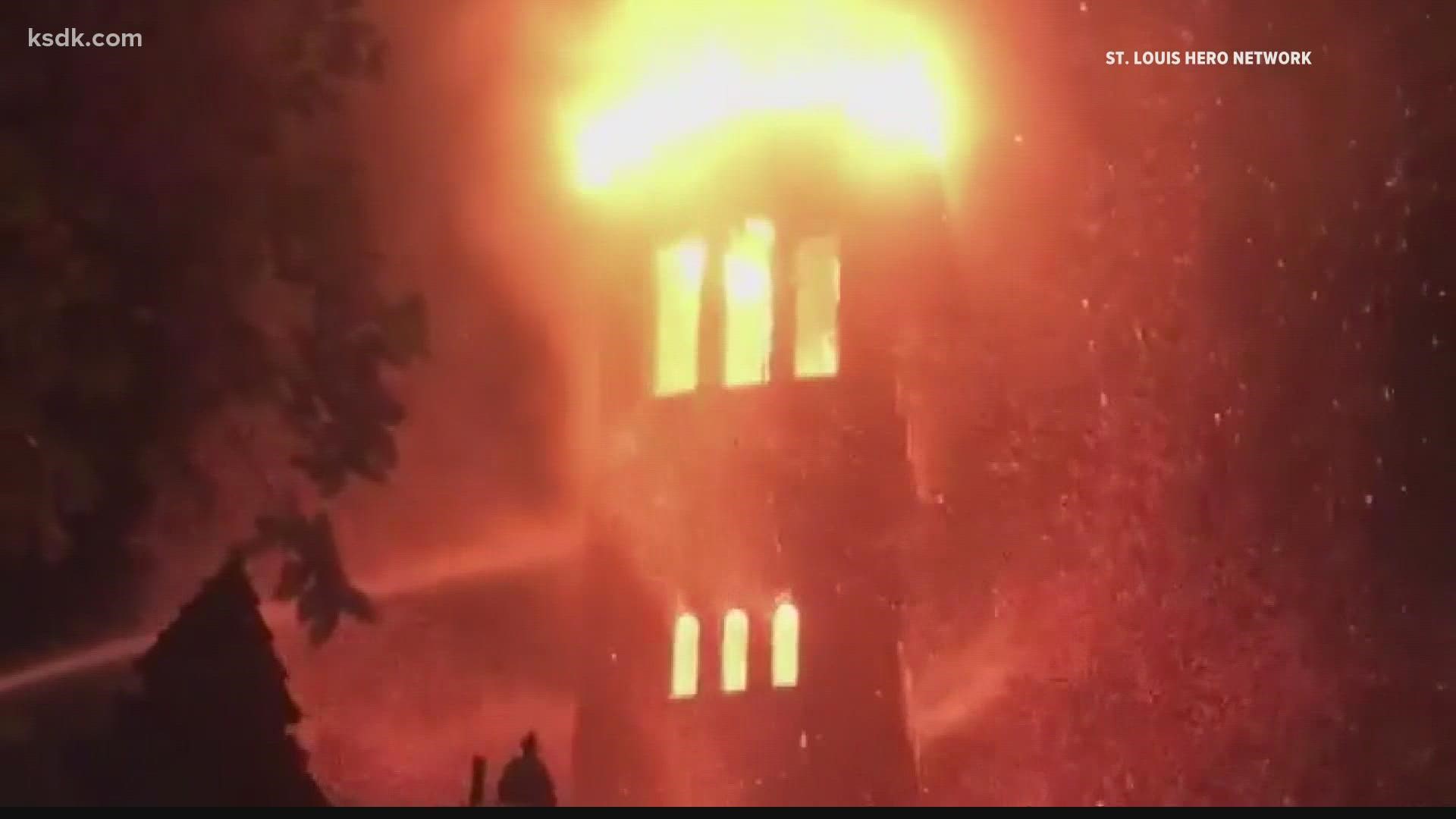 The St. Louis Fire Department began battling the blaze at the former Second Baptist Church along Kingshighway Boulevard at around 3 a.m. About 60 firefighters worked to put out the fire.

There is no word on the extent of the damage or cause of the fire at this time. Photos from the St. Louis Fire Department showed large flames and heavy smoke pouring out of the steeple.

According to our partners at the St. Louis Business Journal, the church was set to be redeveloped into a Gospel Music Hall of Fame. The $22 million project included a soundstage and film theater, hall of fame museum, education center, café, courtyard and event space.

In August, local film producer Monica Butler and developer Steve Smith announced they would be partnering on the project.

On Tuesday, Smith told the Business Journal that he’s “heartbroken” over the news of the fire.

The church was built back in 1907 and is part of the Holy Corners Historic District, according to the Business Journal. It has been vacant since 2006.