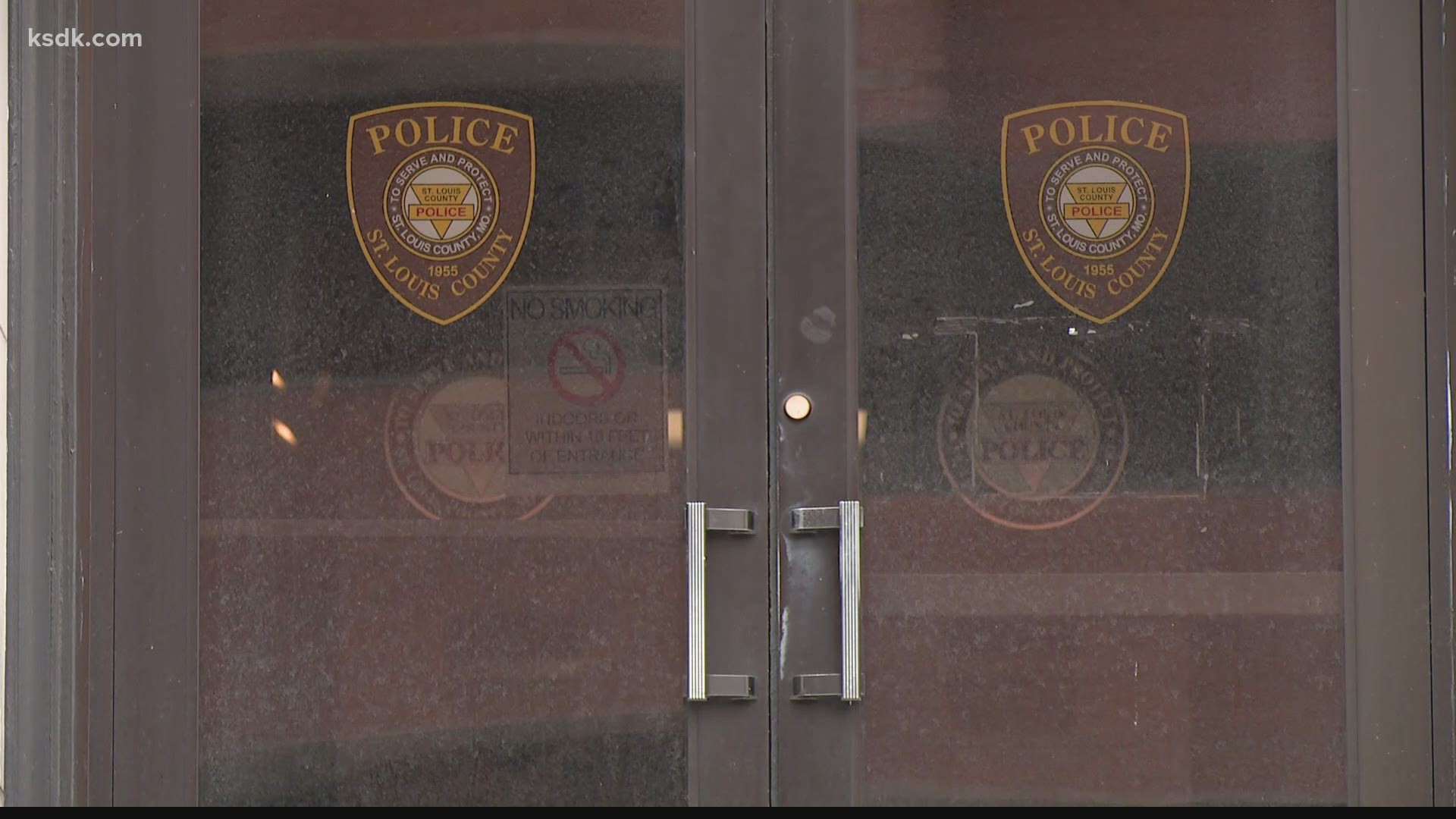 ST. LOUIS COUNTY, Mo. — The St. Louis County Police Department has fired the dispatcher who used the "n word" on an open police radio mic earlier this month, according to sources familiar with the investigation.

The department released the audio of the Jan. 9 incident in which the dispatcher said an expletive followed by the racial slur after taking a call requesting police intervention.

Police departments generally do not reveal whether employees are fired or resign, saying that it is protected personnel information.

But sources tell 5 On Your Side the dispatcher was terminated Tuesday.

The dispatcher in question had worked for the department since 2004 and is related to Chief Mary Barton. She recused herself from the investigation and revealed the connection only after 5 On Your Side and the St. Louis Post-Dispatch reported it.

She put Lt. Col. Kenneth Gregory in charge of the internal investigation.

Multiple police sources confirmed to 5 On Your Side that Human Resources Director Carl Becker sent the following email to all department employees Wednesday on behalf of Gregory:

"We are right to share outrage on what transpired last Saturday, Jan. 9, on one of our very own radios. What occurred should not be rationalized as a slip or minimized to only offensive language. The focus cannot be only on the words, but the hateful perspective they represent -- a reminder of the pain of generations that continues today.

"There has been a tremendous interest in the process and steps forward, and rightfully so. Please know that each of the steps in the response and investigation were completed as expeditiously as possible and in accordance with applicable policies and procedures. Even in the most egregious instances, this approach must be taken to ensure the department adheres to due process for all its employees.

"On Jan. 19, we concluded the investigative process and his employment with St. Louis County ended."

The dispatcher in question was scheduled to retire Wednesday — the date some believe he would have attained the necessary points to retire with a full pension. But, he may still be eligible for his full pension given that he worked several days within the anniversary of his employment month.

Whether a person is fully vested in the pension system is based on a formula that combines a person's age in addition to the number of years they have served. Department spokesman Sgt. Benjamin Granda told 5 On Your Side to request the dispatcher's age via a Sunshine request, which has yet to be fulfilled.

Becker addressed the issue in his email, by writing:

"Great attention has been paid to if the former employee would be able to receive a pension, which is not within the department's purview. Please know, the pension benefits had no bearing on the course of the investigation or discipline in any way.

"I appreciate the resiliency and patience you have demonstrated with this process over the past 11 days."

Multiple police organizations, commanders and others condemned the dispatcher calling for his immediate termination.

Lt. Keith Wildhaber was among those who sent a statement to 5 On Your Side condemning the dispatcher. He was then "verbally admonished" by Becker for making the statement without permission from the police department per its policy.

The St. Louis County Police Association and Ethical Society of Police expressed outrage over the department's scolding of Wildhaber for speaking publicly about the matter.

Wildhaber requested a transfer out of the Diversity and Inclusion Unit following the meeting with Becker and has since returned to patrol.