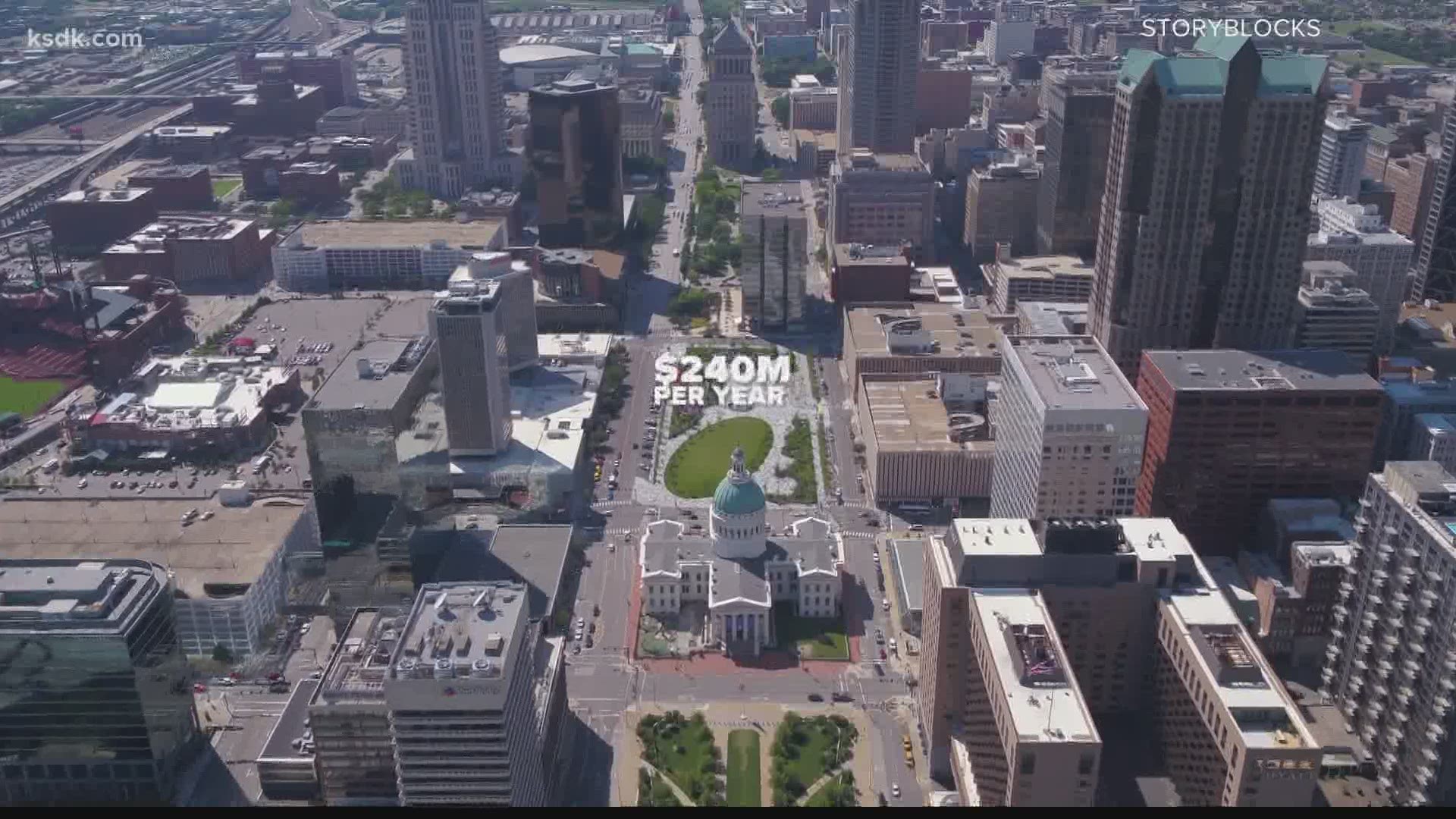 ST. LOUIS — If your job is in the city of St. Louis, but you've worked from home for much of the last year, can the city still tax you?

That question is at the center of a new lawsuit filed against the City of St. Louis on behalf of taxpayers Tuesday. St. Louis has had an earnings tax for decades: if you live or work in the city of St. Louis, the city collects 1% of the money you earn.

“It's not about the money. This is about principle and the city overreaching there,” said Mark Milton, one of the attorneys who filed the complaint.

Employers withhold the city earnings tax from employees’ paychecks. It's been the case that people can file for refunds on the tax for days worked outside the city, with the E1-R form. But the class-action lawsuit hinges on a new, additional form required to get that refund, the E-1RV. It asks more information and specifies that working from home doesn't count as working outside the city.

“They’ve always issued the refunds. The ordinance didn't change. So what's different? The difference is the city's desperate for revenue and they realize if they have to issue these refunds, it's going to cost them a big chunk of money,” said Milton.

Want political news delivered straight to your inbox? Sign up for our 5 On Your Side Politics newsletter.

While more people are expected to join in now that the suit is filed, the lawsuit names 3 plaintiffs: none live in the city of St. Louis, their salaries range from mid-5 to nearly 6 figures, their attorneys say.

Collector of revenue Greg Daly is also named in the suit. He recently told 5 on Your Side that the earnings tax brings in about $240 million dollars a year, making up 36 percent of the annual budget.

The collector of revenue's office sent us the following statement:

“The duty of the collector of revenue is to collect taxes based upon city and state legislation determined by representative elected officials. We believe the current legal action is without merit.

As we have in the past, each taxpayer assessment will be evaluated based upon the facts of the individual’s situation, and we encourage people to follow the filing process currently in place.”

Attorneys also say the lawsuit serves to educate the public on the resources available to file for a refund for the city earnings tax.

“The city certainly hasn't advertised, that one could get a refund or part of the city earnings tax, so lots of people never thought about it,” said St. Louis University Law professor Henry Ordower. He reviewed the complaint but does not represent any party in the case.

While he too questions the city's authority here, he says it's a question that needs to be addressed in St. Louis and other cities of empty office buildings around the country.

“It’s become a hot issue nationwide wherever there is commuting across borders,” he said. He says a case that may go to the Supreme Court on behalf of people who live in New Hampshire, where there is no income tax, whose employers are based in Massachusetts, may inform what happens here.