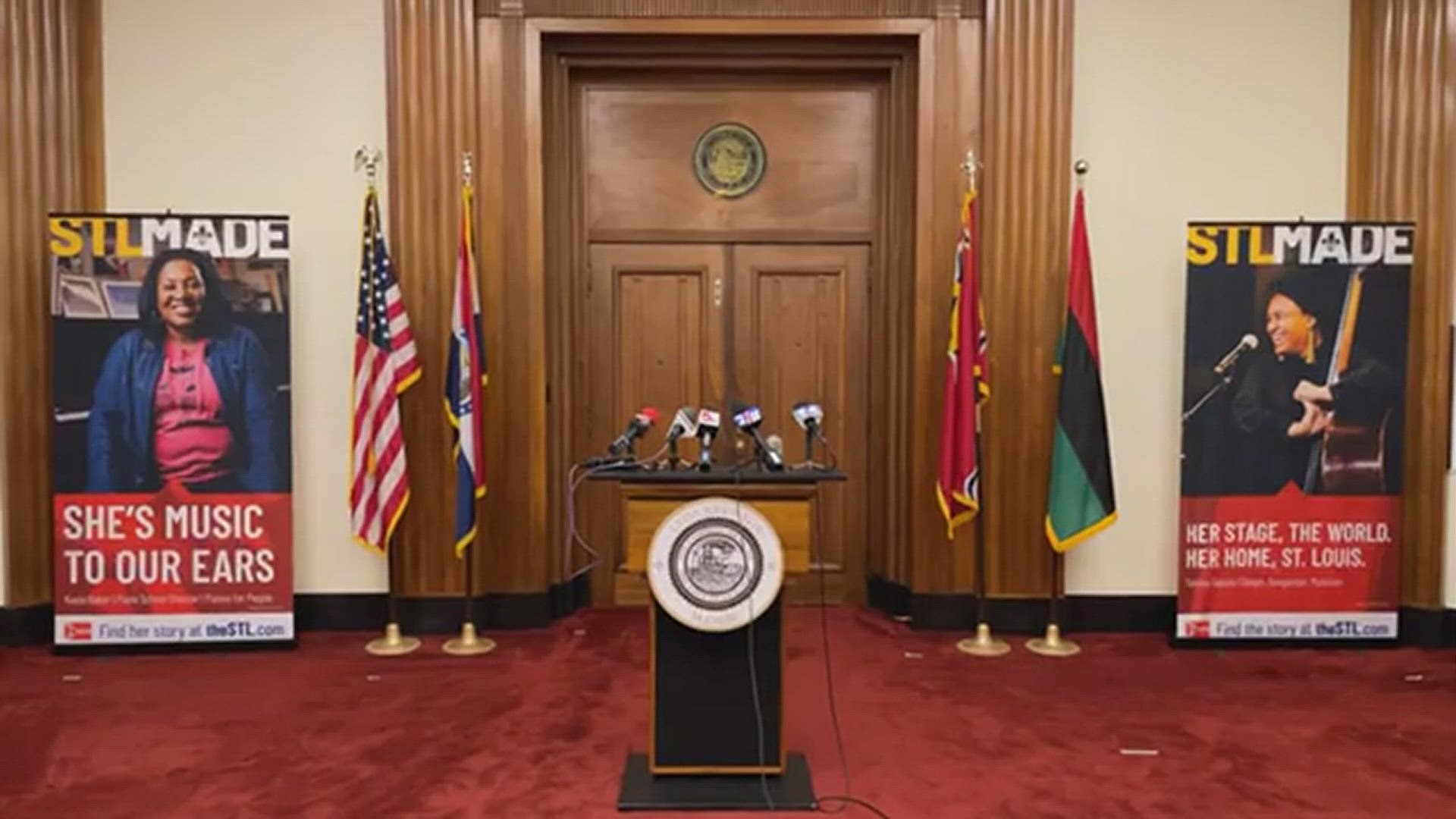 ST. LOUIS — St. Louis Mayor Lyda Krewson announced on Wednesday that she will not seek reelection and will retire in April.

Krewson turned 68 years old over the weekend and said that time with her family allowed her to think more about her future. The filing deadline for mayor is Nov. 23.

In April 2017, Krewson was elected as the city's first female mayor and won a close Democratic primary with about 30% of the vote and barely beating out Treasurer Tishaura Jones.

Before becoming mayor, she served as the alderwoman for the 28th ward.

FULL TRANSCRIPT OF KREWSON'S ANNOUNCEMENT BELOW

"So this past weekend, you may know this, I had a birthday, probably saw it on Facebook. Birthdays are good. And of course, they also make you think about the future. What comes next? I am now pushing 70.

So after a lot of thinking and a lot of discussion with my family, I have decided to retire in April and not file to run for reelection this coming Monday. I've spent twenty three years as an elected official in the city. Serving as mayor during these past four years has been far and away the biggest honor of my life. It's the people who have made it so great, the people of St. Louis and the thousands of great people who work for our city.

Twenty five years ago, I was living what I thought was my best life. I was married to a great guy. I had two little kids, 2 and 5 years old. My husband was an architect. I was a CFO of an international design firm. Then in the blink of an eye, our lives changed forever. A young man with a gun shot and killed my husband in an attempted carjacking.

As we all returned home from a trip to Target, lots of folks suggested that we move. But I knew that taking my kids away from the great neighbors that we had their playmates and their school was not the best move for our family. We stayed and a couple of years later, I decided to try and make our neighborhood better. I was lucky enough to get elected alderwoman of the 28th ward. During two decades on the Board of Aldermen, we made hard decisions that helped the city recover from two recessions, and I encouraged economic development and job growth in the 20th Ward and across the city. I took on Big Tobacco, passing the law that banned indoor smoking.

I fought against easy access to guns and led the fight with other aldermen to reduce the size of the board. I have to say that I am so glad to have had the opportunity to serve as mayor and lead during these challenging last four years the civil unrest over the shortcomings of our criminal justice system, a racial reckoning that has been a long time in the making and the COVID pandemic hurting so many of our residents, our businesses and our city's finances.

These are tough, tough issues, and they require making tough decisions quickly with civility, determination and fairness. During COVID these last eight months, we've provided testing, PPE, rental mortgage and utility assistance and shelter for those who need it the most. And we're providing millions in direct aid to small businesses to slow their economic bleeding. Despite those challenges that I mentioned, our city still has great momentum. Over 10 billion in development either recently completed or under construction.

NGA, soccer, SSM's new hospital, cortex, Preservation Square, many apartment and housing projects. The momentum that we had before COVID is not gone. It is providing jobs today and it will provide. More jobs in the future and a new mayor will lead us forward. I love St. Louis. I'll always put it first. I'm proud of what we accomplished, but elections are about the future. I know that St. Louis, we have the talent and the heart to build a better St. Louis over my remaining term.

When a person is shot or killed on our streets, it's a gut punch to me every time. I know that feeling and I feel for those families. We, though, have invested in prevention raises for first responders, summer jobs, recreation, cure, violence, 911 diversions cops and clinicians as a city and as a region. We must come to grips with the fact that when a young person is shot in any neighborhood, it affects all of our neighborhoods.

But as I said, elections are about the future. It's my huge honor to be the first woman mayor of St. Louis. But many future mayors will be women, and the comments about pearls, hairstyles and whether it's moral to carry a purse will all fade away. I have never been more hopeful that women everywhere, including our great new vice president elect, will completely shattered that glass ceiling. I love St. Louis and I will be rooting hard for the new mayor to be successful. Thank you. I'll take your questions."