"I'm proud of what we accomplished, but elections are about the future," Krewson said 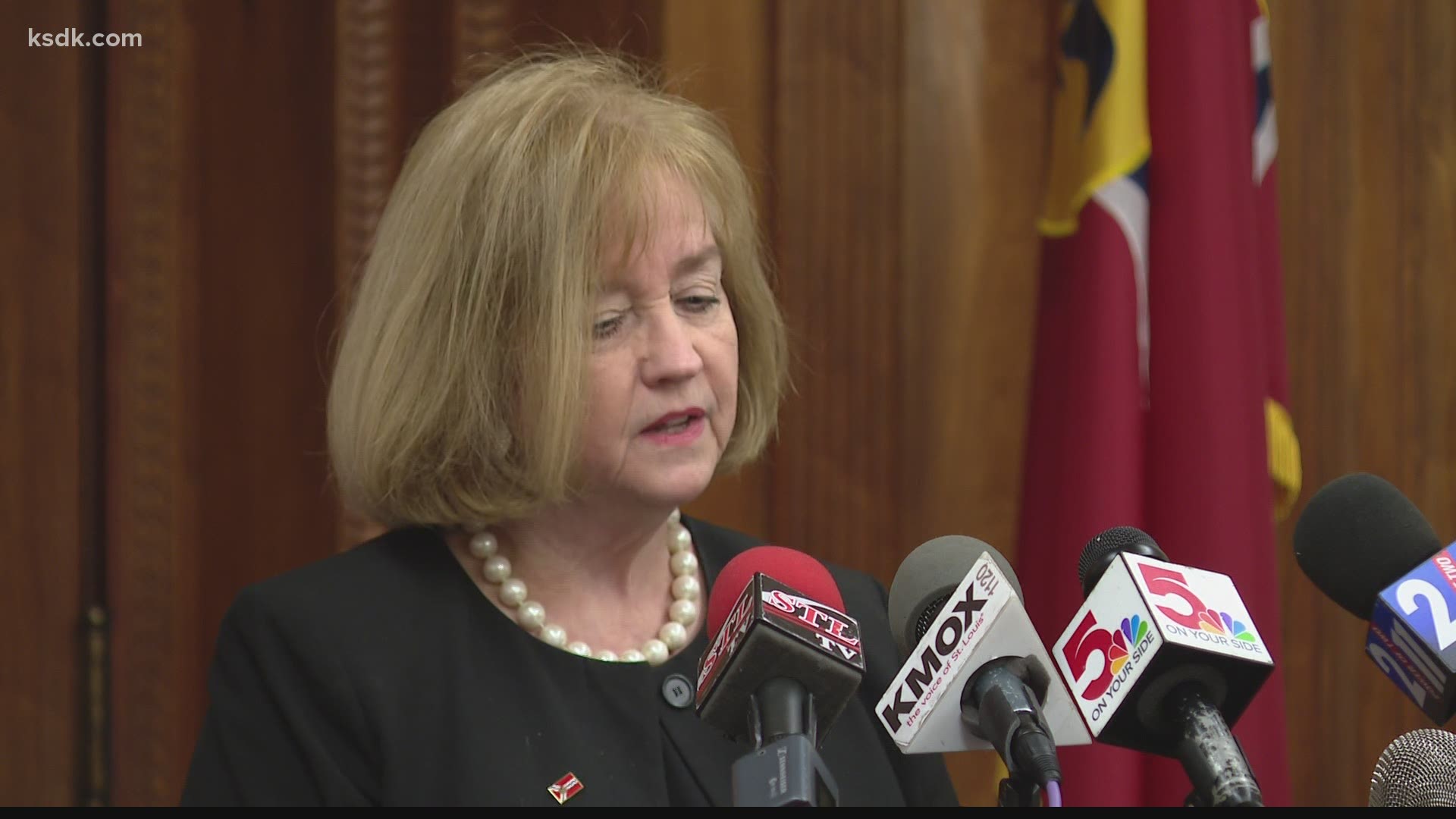 ST. LOUIS — St. Louis Mayor Lyda Krewson announced Wednesday that she will not run for reelection.

"I'm proud of what we accomplished, but elections are about the future," Krewson said during a press conference at city hall Wednesday afternoon. "I will always do anything I can in whatever service capacity I can to help St. Louis."

Krewson, who just turned 68, said her age was a factor in the decision and is looking forward to the next chapter of her life.

"Serving as mayor during these past four years has been far and away the biggest honor of my life," she said. "It's the people who have made it so great, the people of St. Louis and the thousands of great people who work for our city."

Krewson was elected in April 2017 and became the first woman to serve as the city's mayor. Prior to that, she served as the alderwoman for the 28th ward.

Krewson sought public office after she and her family became victims of violent crime. In 1995, in an attempted carjacking near their Central West End home,
Krewson's husband Jeffrey Krewson was shot and killed in front of their two children.

Thank you, St. Louis! It’s been the greatest honor of my life to serve you these past 23 years, as an Alderwoman and as your Mayor. I have never been more hopeful about our City’s future and will continue fighting to put you first.  #STLstrong

Soon after Krewson was elected as mayor, she made major changes to the city's public safety leadership. She replaced then-St. Louis Police Chief Sam Dotson with John Hayden. She also tapped Judge Jimmie Edwards to lead the public safety department.

Krewson's tenure weathered a scandal earlier in June when, during a Facebook Live, she read the names and addresses of protesters who called on her to defund the police. That move resulted in calls for her resignation and protests outside of city hall.

During one now-infamous protest, a crowd marched toward Krewson's home in the Central West End and encountered Mark and Patricia McCloskey along the way.

On Election Day, St. Louis voters approved Prop D, which will change how voters elect the next mayor. The next day, Treasurer Tishaura Jones announced her candidacy for mayor.

Prop D makes the mayoral race non-partisan and requires the two candidates with the most votes in the primary to face-off in the general election. Some political observers believe the new system would have favored Jones over Krewson in the spring election. Krewson narrowly defeated Jones in a crowded 2017 Democratic primary.

On Wednesday, Krewson said she supports the idea of a run-off between the top vote getters and the adoption of Prop D was not a factor in her decision to retire.

“To any supporter of Mayor Krewson, know that I will be working over the coming months to earn your vote and earn your support," Jones said. "Every person in Saint Louis is on my mind when I craft policy and when I go to work every day, and you are no different. I thank the Mayor for her service to our city and wish her the best in her future endeavors.”

Board of Alderman President Lewis Reed also sent a statement: “I commend Mayor Lyda Krewson on her many years of service to the City of St. Louis. She will go down in St. Louis history as our first female Mayor. It has been an honor to work alongside her at the Board of Aldermen and most recently as a member of the Board of Estimate & Apportionment. Her dedication and commitment to the City of St. Louis has never wavered. I congratulate her on her retirement and wish her well in the years ahead.”

As of Wednesday, Reed had not announced a bid for mayor but he has run in years past and there is speculation he will try again in 2021.

Alderwoman Cara Spencer has filed to run for mayor. On Twitter she wrote, "While I have disagreed often with Mayor @LydaKrewson, I know her heart was in the right place and her love for this City is genuine. I wish her the best in her retirement."

Krewson declined to endorse a candidate. 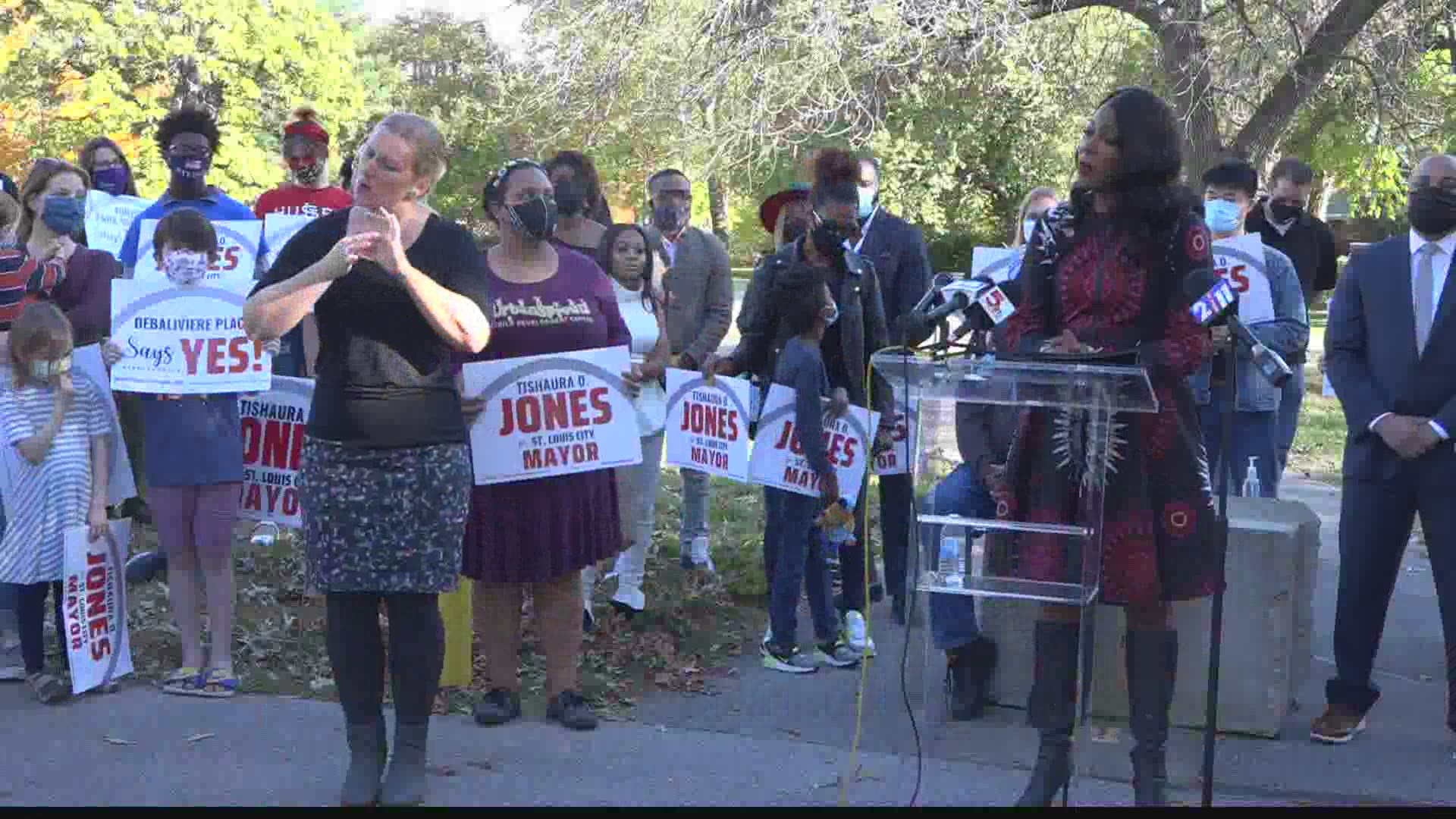