There are now 10 city officers who have confirmed cases of COVID-19; six of them are in the hospital 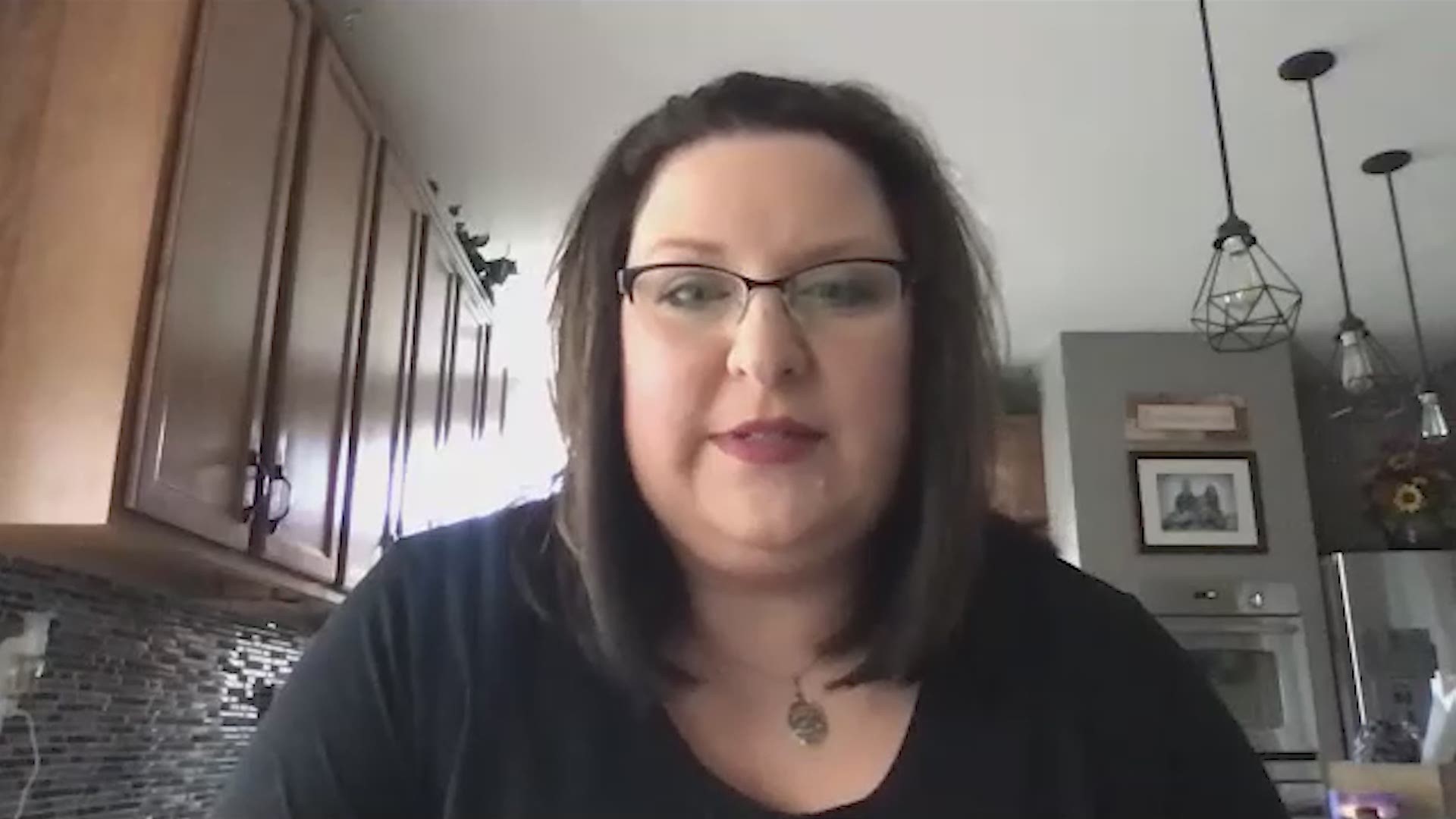 ST. LOUIS — St. Louis Police Officer Ryan Lynch is on day 14 of his self-imposed isolation from his wife Michelle and their 3-year-old twin boys.

Ryan swapped houses with his mother-in-law so she could move in with Michelle to help take care of their children, who have autism, while Michelle tries to manage the house and work from home.

Michelle said her husband is afraid he might contract the coronavirus while on duty, so he wants to stay away from his family as much as possible until the pandemic is over.

There are now 10 city officers who have confirmed cases of COVID-19; six of them are hospitalized. Two police civilian employees have also been diagnosed, according to Jeff Roorda, business manager for the police union. Four of the officers are from traffic division, and two are from central patrol and the rest are from different units based at headquarters.

The separation Lynch is practicing from his family means they only see him for maybe an hour a day, and sometimes go for walks, his wife said.

“He walks six feet behind me,” Michelle said during a phone interview from her home. “Our situation isn’t ideal, but at least I have my mom here to help me, and I feel like so many other people are out there suffering so much more than we are.”

Her husband declined to be interviewed for this story because the department does not allow officers to speak to the media.

Lynch’s decision to separate from his family is also serving another unspoken purpose: ensuring his family receives line-of-duty-death benefits should the worst happen, according to Annette Jansen, a police widow who is now president of the Missouri chapter of Concerns of Police Survivors.

RELATED: How St. Louis area police are protecting themselves from COVID-19

In addition to offering emotional support for those who lose loved ones in the line of duty, she is well-versed in the bureaucracy of death benefits.

“I think as we started this, we all thought, ‘Oh, this isn't going to be that bad.’ And now we're all seeing that this really could happen to any of us and it doesn't seem to matter even if you are healthy, it seems like it's still hurting some people," Jansen said.

She has a warning for first responders: document your whereabouts, and spend as little time as possible with your loved ones if you want to give your families the best shot at financial benefits from local and national organizations that support them should you die from this virus.

Those organizations will need to prove that first responders, such as police officers, firefighters and EMS workers, contracted the virus while on duty, said Jansen. Her husband, Grant, died in a single-car accident while on duty for the St. Charles Police Department in 2008. At the time, the Jansens had two children, ages six and four, and Janette was also six weeks pregnant.

Nationally, the Fraternal Order of Police said 21 officers have died as a result of the virus.

And the organization is lobbying governors across the country to allow quarantines due to possible coronavirus exposures to be eligible for worker’s compensation benefits.

Jansen said the issue is top of mind for first responder families.

"So, if they have to respond to situations like that just being very cognizant about writing it down and keeping being very diligent about keeping track of everything that you're doing is important. It's really about being proactive and not thinking, ‘Hey, this isn't going to happen to me.’

Many organizations, including Backstoppers, Inc., rely on the judgment call of the National Public Safety Officers’ Benefit fund as to whether a death is the result of an injury, medical illness or emergency a first responder suffered on duty.

In order to be eligible for the PSOB benefit as it’s known, families must prove their loved one's death is line-of-duty-related. Some cases are obvious, like gunshots. Others, including cancer for 9/11 ground zero responders or heart attacks involve more documentation.

The “more likely than not” words are key, Jansen said.

Backstoppers, Inc. is unique to the St. Louis region, and it pays off all of a family’s debts including credit cards, mortgages, car payments, etc. as well as full tuition and other education-related expenses for surviving children. That organization will consider a coronavirus death a line of duty death should the PSOB do so, according to a spokesman for the organization.

How long it takes to prove a death is the result of an on-duty exposure could take months. That’s why as much documentation as possible is important for first responders and their supervisors, Jansen said.

“It is extremely stressful,” Jansen said. “I know in my case, my situation was pretty cut and dry. And so I received benefits fairly quickly.

“But for a family who's struggling and maybe is thrown into being a single parent or maybe even if they were single, it doesn't matter. There's a two-fold here. One is, there's the financial piece of it, two is, it's just the validation that what they're officer did wasn't by choice. And I think it hurts.

There are some families who have not received it, when maybe they should have received it, but because the documentation was not there they don't get it, and it feels like a slap in the face because they feel like their officer’s sacrifice was not validated. It’s not just about the money. But it's about validation.”

Meanwhile, the Lynches plan to continue their separation, but it’s not getting any easier.

Last week, one of his sons who is nonverbal ran to the backyard gate as soon as he saw his father. Ryan Lynch backed up and got on the other side of the gate telling his son, “I can’t hug you, buddy.”

“I kept trying to go over there and get him to play with me because I didn’t want him to think that daddy didn’t want to see him,” Michelle Lynch said.

During their walk, she tried to tell her husband he could walk beside her.

“I’m not doing this for nothing!” she recalled him telling her.

So they kept walking, she said.

And kept their distance.