'I saw somebody that looks like me' | St. Louis area students react to historic inauguration

For them, no matter what your beliefs, there's no denying this was a historic moment filled with hope 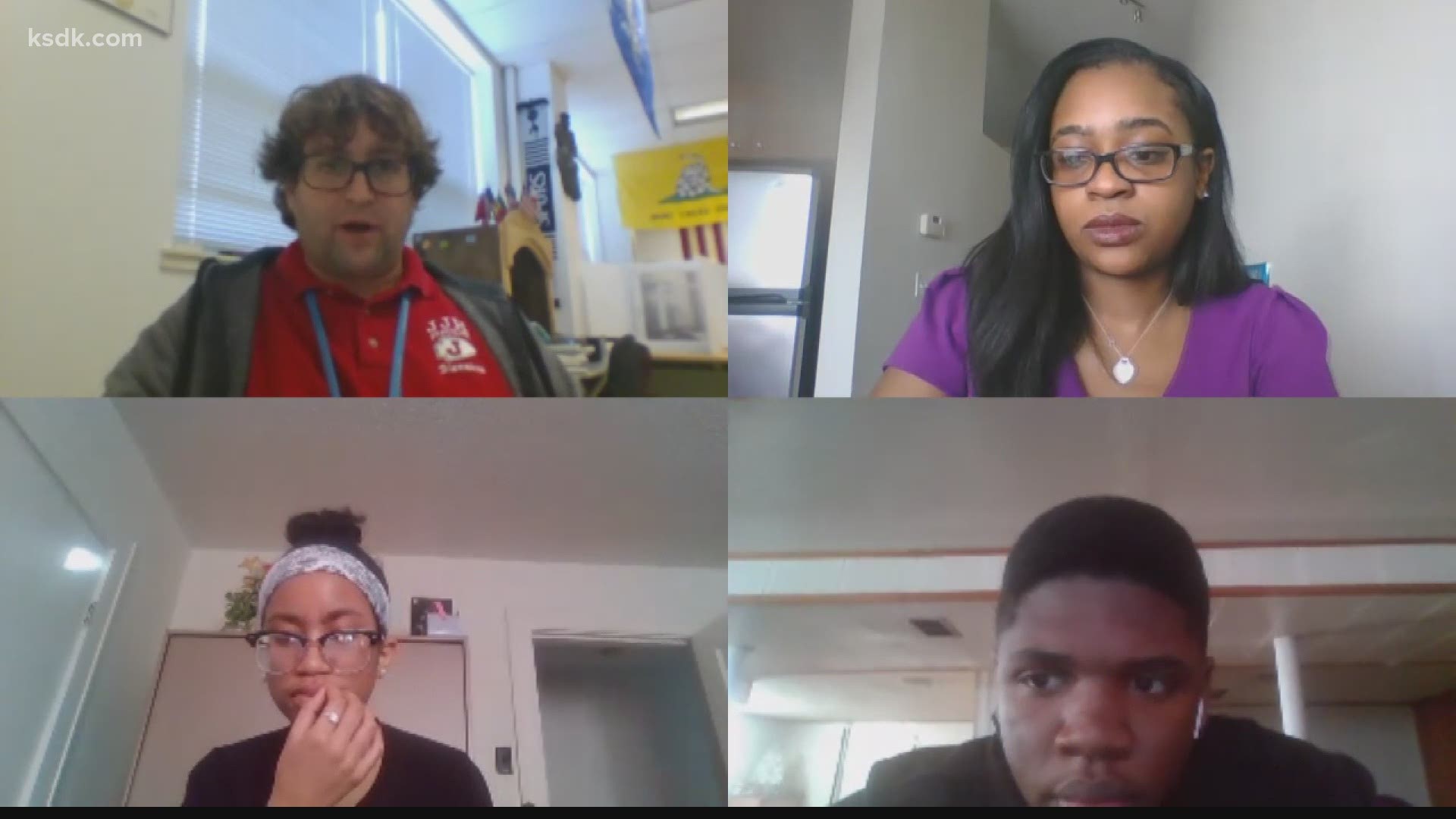 ST. LOUIS COUNTY, Mo. — From the insurrection to inauguration, students at area schools have seen history unfold in real time this month.

For many kids, Wednesday's swearing-in ceremony was about more than the transfer of power. This was about inspiration.

"It felt good because I saw somebody that looks like me and anything is possible," said Zia Fraction, a student in the Jennings School District.

Vice President Kamala Harris' historic swearing in showed them that possibilities are endless.

"Hopefully it gives them encouragement, and because without a dream they don't have anything but with a dream they at least have something to strive for or strive towards," said Charmyn Andrews, the principal at Rose Mary Johnson Jennings Junior High School.

She said every class in her school tuned in to watch history unfold Wednesday.

"I thought it was especially important for the females in our building to see and witness the first African American in the highest position in the United States... one of them," said Charmyn.

"Representation matters. I know it sounds silly, but if you're a child growing up and you've never seen anyone like you in those positions, they seem unattainable," said history teacher Arthur Vambaketes.

Over at the Boys & Girls Clubs of Great St. Louis' Herbert Hoover location, children watched the inauguration, too. One student named Deonte pointed out the differences at the Capitol.

"Two different types of moods from two weeks ago until now," said the 16-year-old.

For them, no matter what your beliefs, there's no denying this was a historic moment filled with hope.

Kamala Harris is not only the first woman and first African-American vice president, she's also the first American of South Asian descent to hold the title.