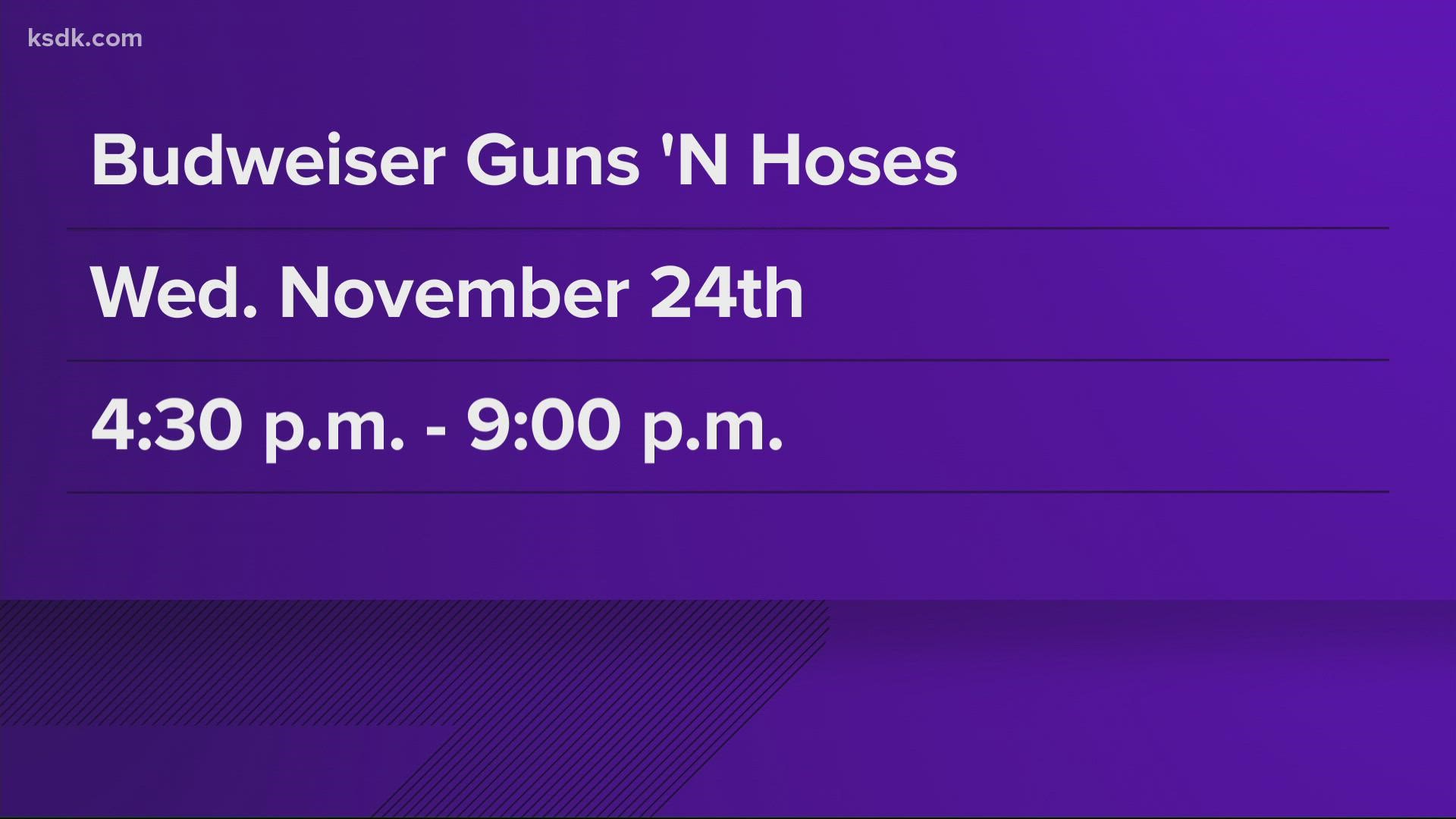 ST. LOUIS — Tickets are still available for the year's biggest fundraiser for fallen officers and their families in the St. Louis area.

The Guns ‘N Hoses Boxing Association is back this year to host the event after COVID-19 forced them to cancel the event last year. The annual boxing event has raised $9 million to benefit The BackStoppers since its inception in 1987.

“Each year we honor our first responders who put their lives on the line every day,” David Stokes, president of the Guns ‘N Hoses Boxing Association, said in a press release. “This year more than ever we need the support of our community to fulfill our mission of supporting The BackStoppers.”

As of Monday afternoon, a few hundred tickets are still available. Click here for more information.

Last year's event — which would have been the 34th year of the annual event — was scheduled for Nov. 25, but was called off due to a spike in local coronavirus cases. Organizers had hoped to reschedule it to February or March in hopes that the state of the pandemic would have improved by then, but it didn't come to fruition.

Despite the event being canceled, the St. Louis Guns 'N Hoses Boxing Association announced a $500,000 donation to BackStoppers earlier this year. The association presented BackStoppers with the $500,000 check in April. The money was raised by the event's corporate sponsors.