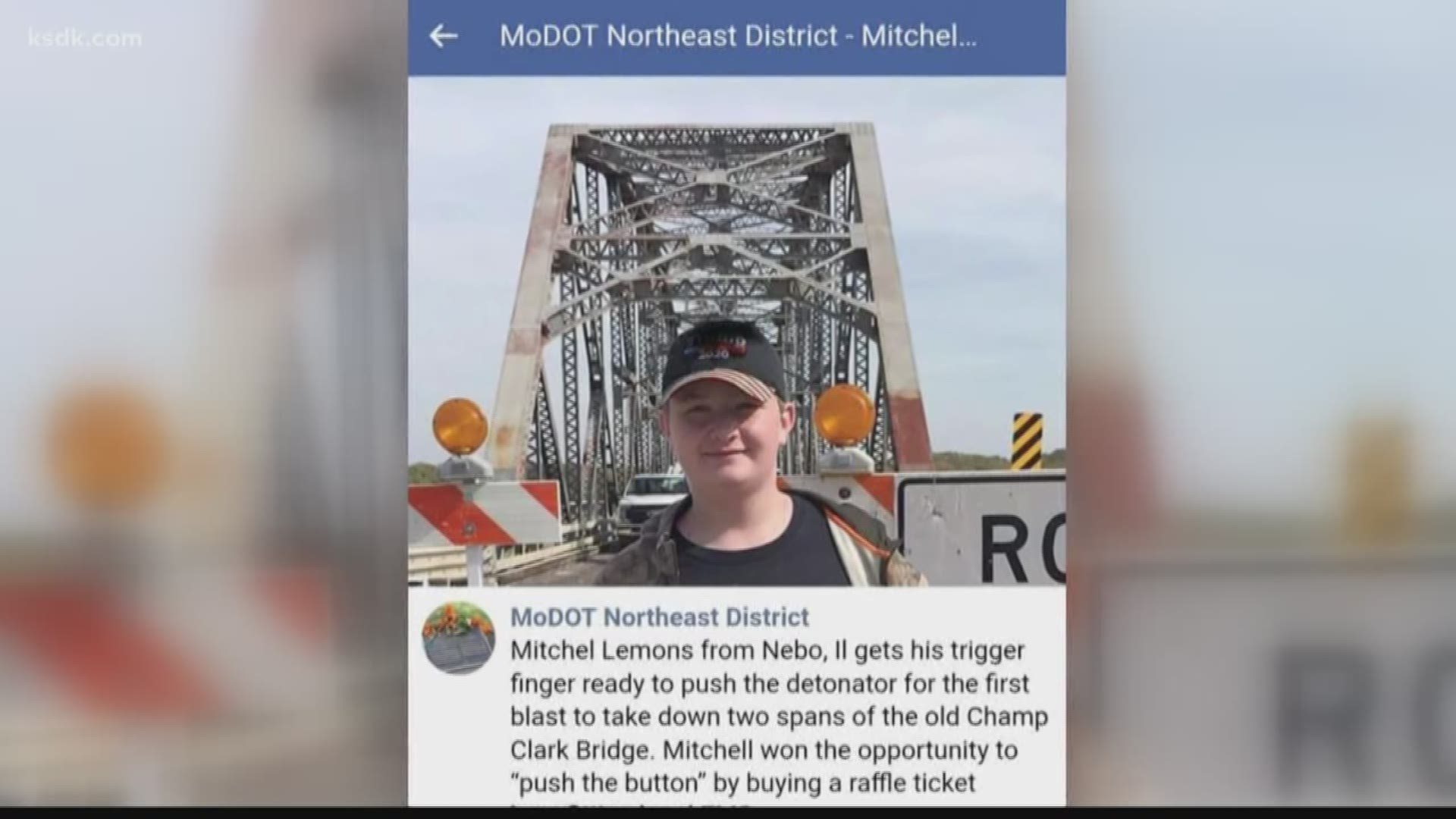 ST. LOUIS — The Missouri Department of Transportation Northeast District issued an apology on social media after it posted an edited photo.

Mitchel Lemons from Nebo, Illinois won the opportunity to push the detonator for the first blast to take down two spans on the old Champ Clark Bridge on Oct. 18. He bought a raffle ticket to benefit local EMS.

"We got the tickets for him for his birthday," his dad Steve said.

On Monday, Steve Lemons said his son was "kind of upset" about the edit.

"It was his decision," said Steve. "[Mitchel] wanted to wear the hat with the shirt. They should have left him alone. It's his freedom of speech or whatever you want to call it."

‘Thanks MoDOT for admitting you made a mistake. Proud of you!’ One person said on the post.

‘I sure hope this young man don’t read some of these comments. He’s a young man who won a contest. He wore what he wanted, I’m sure there was no dress code. It’s ridiculous that there is always bashing and bullying. This is not about Trump, this is about a boy who got to help demolish the bridge,’ Another person said.

Below is the statement sent to 5 On Your Side,

'Our response to feedback from the original post questioning whether MoDOT was campaigning led to an error in judgment in editing the photo. We recognized and apologized for the error and reposted the original photo and Facebook post.'

Steve Lemons said he doesn't believe MoDOT was intentionally trying to do anything to upset anyone.