The video shows how dangerous this is. Police said it is a safety hazard and no one should ever attempt to do it. 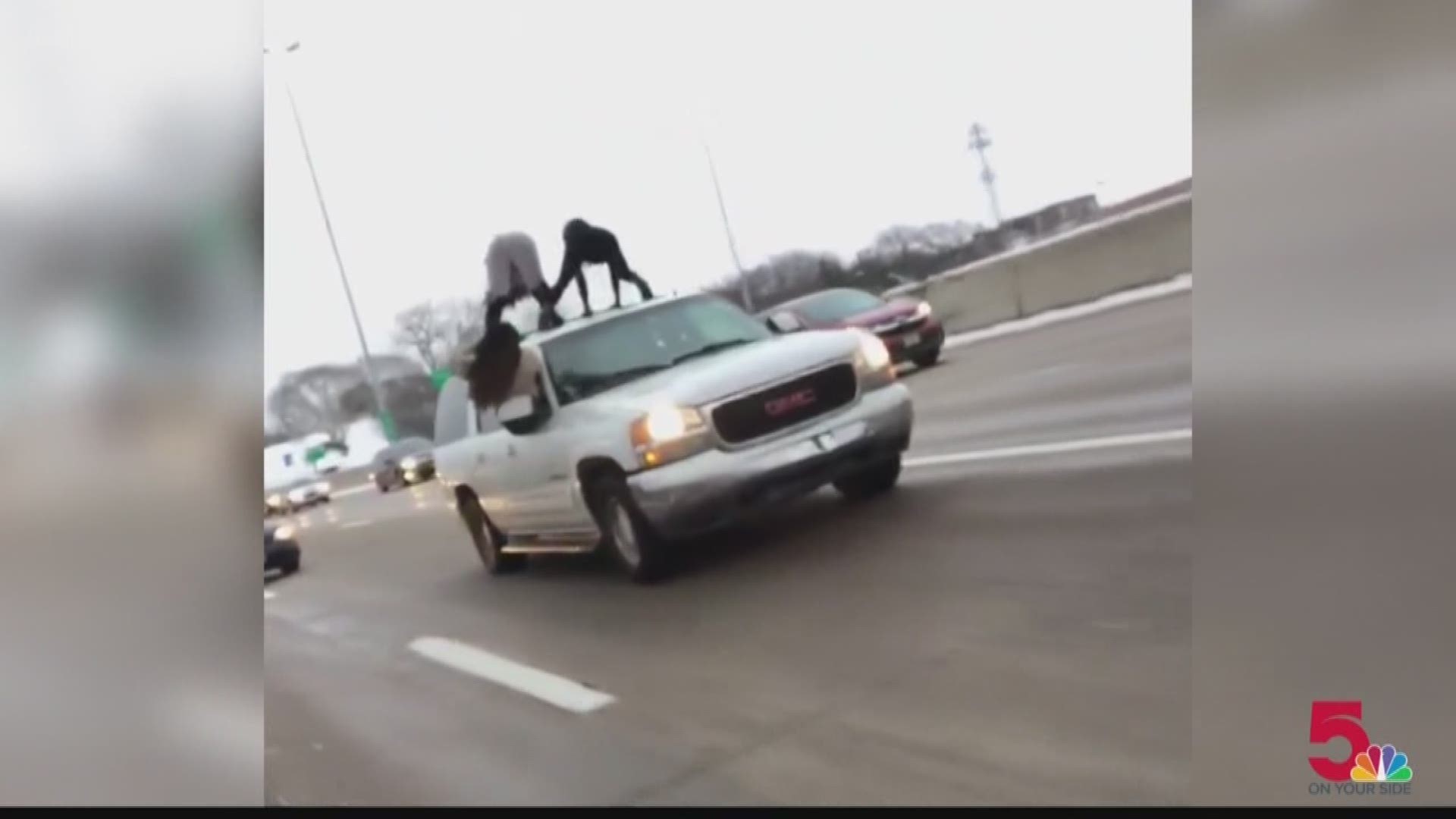 ST. LOUIS – This is exactly what you’re not supposed to do while driving…

A viewer shared with 5 On Your Side a video of two people ‘twerking’ on top of a Suburban along Interstate 64 during the Monday evening rush near the Science Center.

The video shows two people on top of the Suburban and another half-way out the window recording the incident. The video captures the dangers of doing something like this.

It has since gone viral on social media from the woman who originally posted it.

The woman who shared the video with 5 On Your Side said she did not call police because she was hoping by posting it to social media someone would recognize the people, but police want anyone who sees something like this to call them.

A spokesperson for the St. Louis Metropolitan Police Department said this is a safety hazard and if anyone witnesses anything like this they should contact police.

Police reviewed the video and said they observed the following violations in Missouri:

- The two females who are on the roof of the car could each be cited for a traffic violation of "Rode on Exterior of Motor Vehicle," a city ordinance, 17.16.280.

- The female in the passenger seat who is leaned out of the car and filming the dancing could be cited for "Failure of Front Seat Passenger to Use Safety Belt," a city ordinance, 17.84.020(A).

- While the driver of the vehicle maintained their lane and was not reckless in their driving, he/she could possibly be cited for "Failed to Maintain Posted Minimum Speed," a city ordinance 17.10.060.

- The driver could also be cited for "No State Vehicle License," ordinance 17.52.290, since no plate was seen on the rear of the vehicle in the video.