What's the deal with all those look-alike police cars driving around St. Louis?

5 On Your Side investigates the private security company that's hired hundreds of off-duty city cops to patrol various neighborhoods. 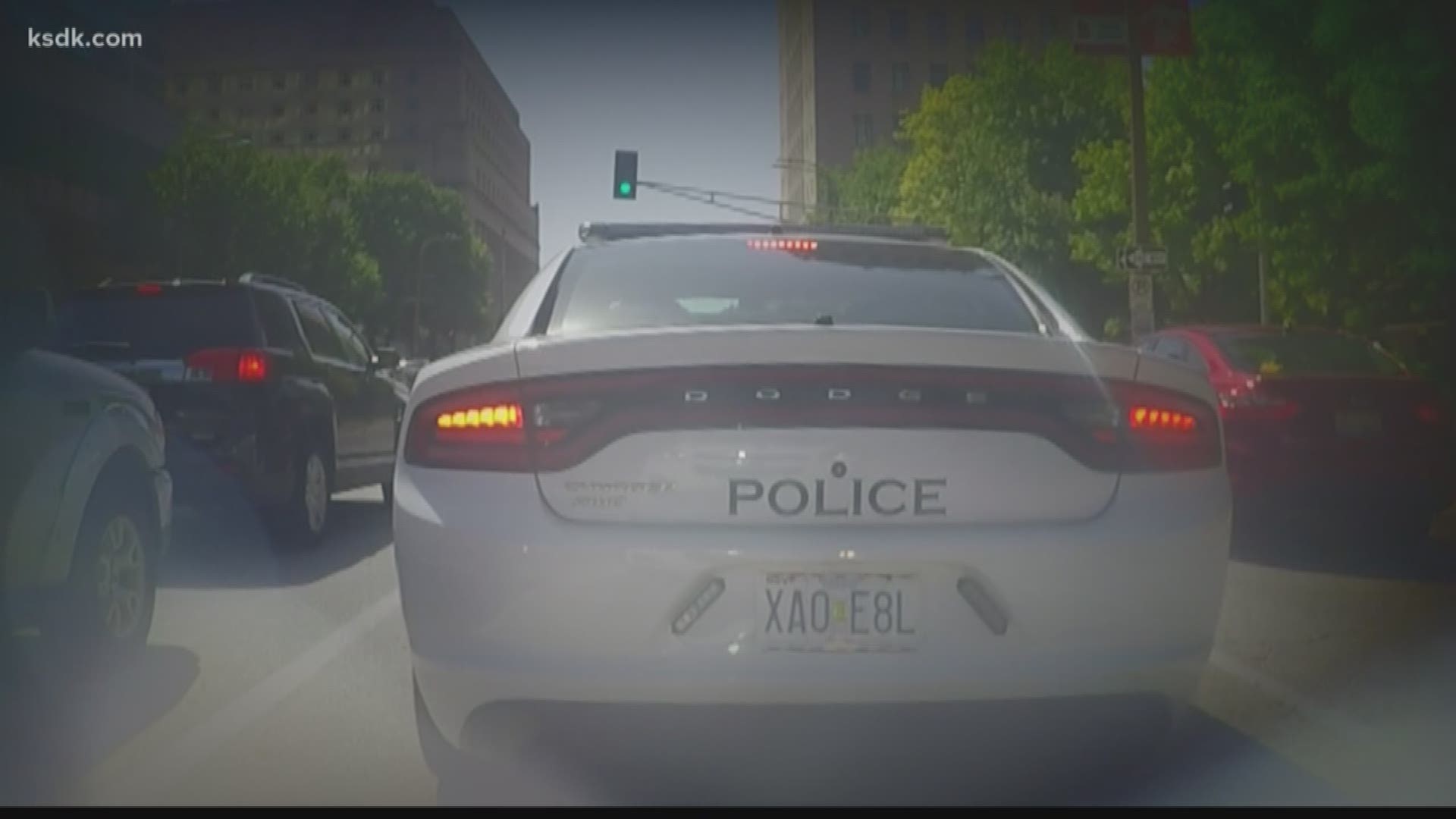 ST. LOUIS — Drive around the City of St. Louis long enough and you're bound to see them. They're privately owned security vehicles that look an awful lot like real police vehicles that belong to the St. Louis Metropolitan Police Department (SLMPD).

They have red and blue running lights, a badge on the door, and they even say the word "POLICE" in large letters.

When Chelsea Merta first saw one, she almost mistook the security vehicle for belonging to the city.

"My initial thought was St. Louis Police got some new cars," Merta told the 5 On Your Side I-TEAM.

But then, she looked closer and found the dead giveaway.

"It looks like a sheriff's badge, but when you look it says TCF security," Merta recalled.

Turns out, the cars in question belong to "The City's Finest, LLC." It's a private security firm that hires off-duty St. Louis police officers to work an approved secondary job.

"We are essentially an extension of the police department. That's how my company was designed," said Charles Betts, a retired city homicide detective.

Betts founded The City's Finest in 2007.

Currently, he said about 200-250 certified law enforcement officers work for him when they're off the clock at their respective departments or agencies.

The City's Finest currently has contracts to patrol special business or community improvement districts like downtown, the Grove, Soulard, and the Central West End.

Betts said these are neighborhoods where people choose to pay higher taxes to help support added services like private security.

"We like them to patrol neighborhoods to remain highly visible. That's my goal. Extreme visibility through citizen contact and business checks. We want them to go into businesses and say hello to people," he said.

Whereas on-duty city cops are responsible for patrolling an entire district that can span several miles, Betts said The City's Finest sticks to the one focused, much smaller area that's hired them.

He said that allows The City's Finest officers respond more quickly to calls for help and build stronger community relationships.

"We never leave our patrol area. We're always here," Betts said. "If there's a major incident we may respond, but we will hand it off to the police department."

Just like when they're on-duty, off-duty officers with The City's Finest are required to wear their SLMPD uniform and carry their SLMPD service weapon along with other gear.

They're even permitted to make arrests, write tickets, conduct investigations, gather evidence, and respond to dispatch calls. Betts said they do not do traffic details and they do not transport suspects, though.

"A police officer working secondary has all the same authority and powers as they do when they're on duty for SLMPD. You don't stop being a policeman when you're off-duty. Just like you never stop being a doctor," he said.

"I used to work for them as a police officer trying to send my kids to private school," said Jim Whyte.

Whyte heads up the Neighborhood Security Initiative in the Central West End.

At a time when the city's force is hurting for manpower, Whyte told the I-TEAM patrols from The City's Finest are more valued than ever.

"You know, the city is getting close to 4,000 supplemental patrols a year and not paying a nickel for it," he said.

In his business district alone, Whyte said crime is down about 40% since they first hired The City's Finest a decade ago.

I-TEAM reporter Jacob Long asked Whyte if The City's Finest played a role in that trend.

He said, "Absolutely. That's got to be part of the understanding of the impact we have on crime. It gives peace of mind to the people who live down here, who visit and who work down here."

But Merta told the I-TEAM she believes The City's Finest is having a chilling effect on vulnerable segments of the population who are distrustful of police.

As a civil rights attorney, she's worried about who's accountable for the actions of moonlighting cops.

For instance, where do police and arrest reports go from The City's Finest? How do they document their chain of custody for seized evidence and/or arrested individuals? Who does their Sunshine Law requests? Those are just some of the questions Merta posed.

"Whenever a government agency acts against someone or a group of individuals, it's pretty easy to find out who those entities are. The problem becomes private entities aren't held to the same standard as the police department," Merta said.

She fears that creates more distrust of a department that in recent years has grappled significantly with credibility problems.

"We already have a distrust with the police department as is, so having officers where you don't know what role they're in, just adds fuel to that fire of distrust," Merta said.

Betts pushes back on that notion.

He contends he holds his officers to a higher standard than SLMPD does.

Betts said The City's Finest requires officers to wear GPS devices and clock-in with facial recognition software. He also said some of his vehicles have cameras and sensors that are activated in the event of a crash.

And if there's an allegation of wrongdoing? Betts said if it's a serious enough situation, SLMPD will step in and handle it.

"We are accountable to the police department and to the citizens. The police department's general orders are our instructions for officers. They're under more scrutiny by me personally because I want to make sure they're doing a good job," he said.

A spokeswoman for SLMPD confirmed that the internal affairs division would investigate any allegation of wrongdoing involving an off-duty officer working for The City's Finest.

SLMPD added that officers must first be approved to work secondary positions in their official capacity, and that opportunity can be revoked if they're placed on leave, suspended, under investigation or fired.

The city seems to take no issue with The City's Finest's vehicles that essentially mimic their own.

A spokeswoman told 5 On Your Side that the department "doesn't own the word police," but that if a private citizen put "POLICE" on the side of their car they would be subject to impersonating an officer.

To date this year, The City's Finest has worked nearly 3,000 four-hour shifts, conducted 160 field interview reports, and made 100 arrests. The arrests range from serious felonies to quality of life crimes.

Other 5 On Your Side stories: