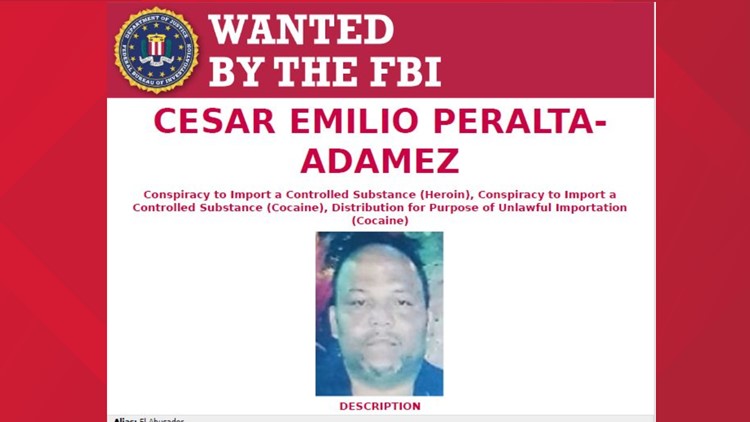 The head of one of the Dominican Republic's largest drug trafficking organizations was arrested on Monday in Colombia, Dominican authorities said.

César Emilio Peralta, widely known by his nickname César the Abuser, is accused of running a network that moved heroin and cocaine through Colombia, Venezuela, the Dominican Republic and the United States. He is wanted by Dominican authorities and the FBI. Charges against him were announced in August.

Dominican Attorney General Jean Rodríguez attributed the arrest in Cartagena, Colombia to the cooperation of Dominican, Colombian and U.S. authorities.

"When he was located in the South American country, an operation was immediately launched to request cooperation," Rodríguez said in a press conference.

RELATED: Death toll put at 20 for Mexico cartel attack near US border

Dominican authorities say Peralta's network used the Dominican Republic as a bridge for the transit of illegal drugs from South America to the United States.

The network was dismantled in August with the closing of a number of Santo Domingo clubs and restaurants believed used to launder its profits.

"More than 60 operations have led to the arrests of five leaders and 13 members of the criminal organization in just over three months since the network was dismantled," he said.

Peralta is believed to have fled to South America by sea days ago from the southern coast of the Dominican Republic.