"He made me want to learn to play fast. That was the biggest thing because I heard him playing fast and I thought it was really cool," Chase said. 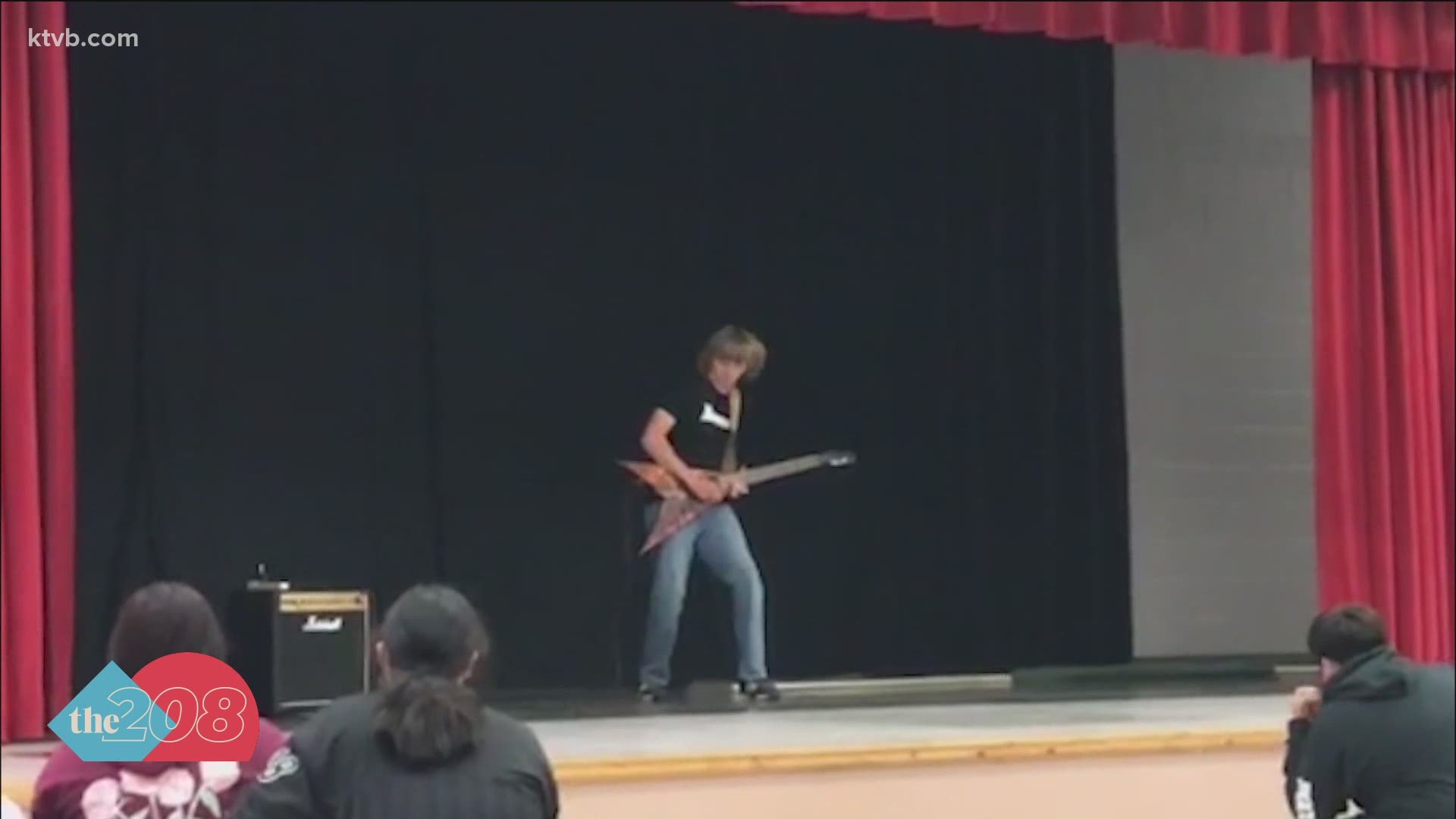 PARMA, Idaho — On Tuesday, the world lost one of the greatest guitar players of all time after Eddie Van Halen passed away from a decades-long battle with lung cancer at the age of 65.

Tributes poured in from across the world, from Paris to Pasadena, even Parma, Idaho, where 14-year-old Chase Klahr decided to honor his idol, with a guitar solo in front of his classmates at Parma Middle School at lunch on Wednesday.

Klahr, who was born 34 years after Van Halen formed in 1972, said he's only been playing guitar for a year and a half, and had performed only once before Wednesday's

"My dad introduced me to some old classic rock like ACDC, Guns 'n Roses, Van Halen," he said.

Chase said he used to listen to rap and hip hop before being introduced to some of the greatest rockers of all time.

So when he heard his first Van Halen song, he says it wasn't like anything he had ever heard before.

"(Eddie Van Halen) made me want to learn to play fast. That was the biggest thing because I heard him playing fast and I thought it was really cool," Klahr said.

The first song he learned? 'Eruption.'

"I thought that tapping section where it's really fast, I thought I was like one of the coolest sounds ever," he said. "So it was like man, I gotta learn this."

It wasn't until recently that he had it through the entire solo for the very first time.

So after Eddie passed, Klhar's band teacher thought it would be a great tribute if he performed the solo on stage at lunch.

"I was just thinking to myself  'Don't mess up, just don't mess up. Just play the part I've played it a hundred times, it'll be easy,'" Klahr said, but he certainly made it look that way.

"After playing it, I felt really good because, you know when people cheer, it's a feeling of like gratification," he said.

"Now you know why people want to be rock stars," Brian Holmes said.