Viewers across the region are reporting late, incorrect, or unprocessed ballots for the Aug. 4 election. In some cases, the only fix is to vote in person.

ST. LOUIS — 5 On Your Side viewers are speaking up about the issues they’re having with absentee and mail-in ballots in the days before the Aug. 4 election.

The COVID-19 pandemic threatens to disrupt two elections in Missouri, in August and November. Officials are urging residents to avoid packed public spaces, but delays at the post office mean many will need to vote in person anyway.

Election authorities said that in some cases there are in-person solutions that will guarantee that a vote is received and counted. There are even options available to people who are unable to go into the polling place, but in almost all cases, they will need to be face-to-face with an election worker.

If you mailed your ballot but it hasn’t been received

The most common question viewers sent 5 On Your Side is what they can do if their completed ballot is still stuck in the mail.

Ronald Brown of St. Louis County said that he and his wife delivered their ballots to a post office in person more than a week ago. For nine days, the online ballot tracking system said his ballot was still waiting to be processed by the United States Postal Service.

“I’ll overcome it but there are a lot of people that won’t,” said Brown. He worried what would happen if his ballot never arrived to be counted.

The USPS delays affect voters all over Missouri. Jefferson County clerk Ken Waller says he’s heard reports that mail through some USPS offices is delayed up to 10 days.

St. Louis County’s Democratic Director of Elections, Eric Fey, said that their online ballot tracking system will be updated on the morning of Aug. 4 with all of the ballots they received in the mail through that date.

Election officials in more than one county said that, if a completed ballot hasn’t reached its destination by mail on Aug. 4, the voter can still go to a polling place in person. When they arrive, poll workers will be able to see that they were sent a ballot in the mail, and they’ll verify with the election authority that the ballot hasn’t arrived and they’re still eligible to vote.

Absentee and mail-in voting is new to many Missourians who see it as a way to avoid exposure to SARS-CoV-2. The unfamiliar process naturally invites some mistakes along the way. If an envelope is missing a signature, or if address fields were filled out incorrectly, a ballot may be rejected. Different counties have different ways of handling mail-in and absentee ballots that they reject.

Fey said in St. Louis County, the Board of Elections will allow voters to show up in person to provide a missing signature or get a ballot notarized.

Waller says that they don’t have a standard process for fixing errors that cause ballots to be rejected in Jefferson County. He asks that voters call the election authority office to find out why a ballot was rejected and whether it can be fixed.

Maura Browning, director of communications for the Missouri Secretary of State’s office, added that state law does not specify that a person whose mail-in or absentee ballot was rejected has the right to fix it in person or attempt to vote on election day. She recommended calling the local election authority to find out what to do.

Viewers who got the wrong ballot in the mail can still vote in person at an election authority’s office or at a polling place. Election authorities said they should bring the ballot and an ID to either location and ask to surrender the ballot they received. In exchange, they should get a fresh ballot, whether that is for a different party or if they prefer a ballot that doesn’t include party races.

Voters with disabilities can vote curbside

State law permits anyone with limited mobility to request that a ballot be brought to them outside at their designated polling place.This year, some election authorities have expanded that service to people who can't wear a mask where it's required.

Voters seeking curbside service will need to inform workers at the polling place that they need assistance. That might mean that they find someone able to walk in and ask, such as a person walking out of the polling place. As traffic allows, a poll worker will walk a ballot out to the person needing assistance.

RELATED: Curbside voting: what you need to know

Voting in Missouri is decentralized, but the Secretary of State’s office has an Elections Integrity Unit to help voters submit complaints and get responses from local election authorities. The office asks voters to report potential violations of state elections law or the Help America Vote Act of 2002 through a form on their website.

Since March, the EIU has received fewer than ten complaints, said Browning.

Have a question about your experience voting by mail or in person? Send it to the I-Team at 5onyourside@ksdk.com, or leave a message at the I-Team tipline at 314-444-5231. 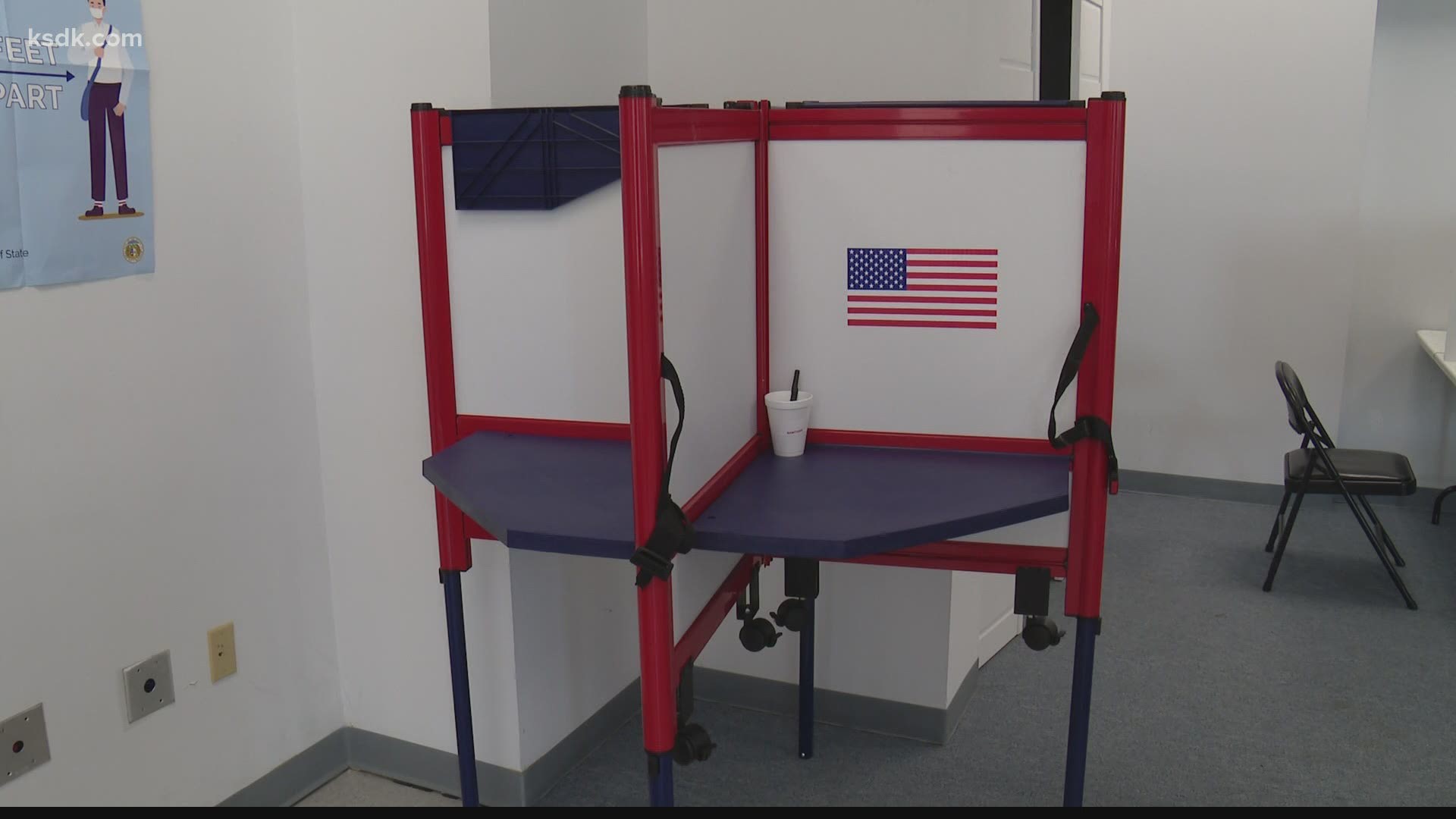