A bronze life-size statue of Sully will go on display at George H.W. Bush's presidential library in College Station, Texas on Dec. 6. 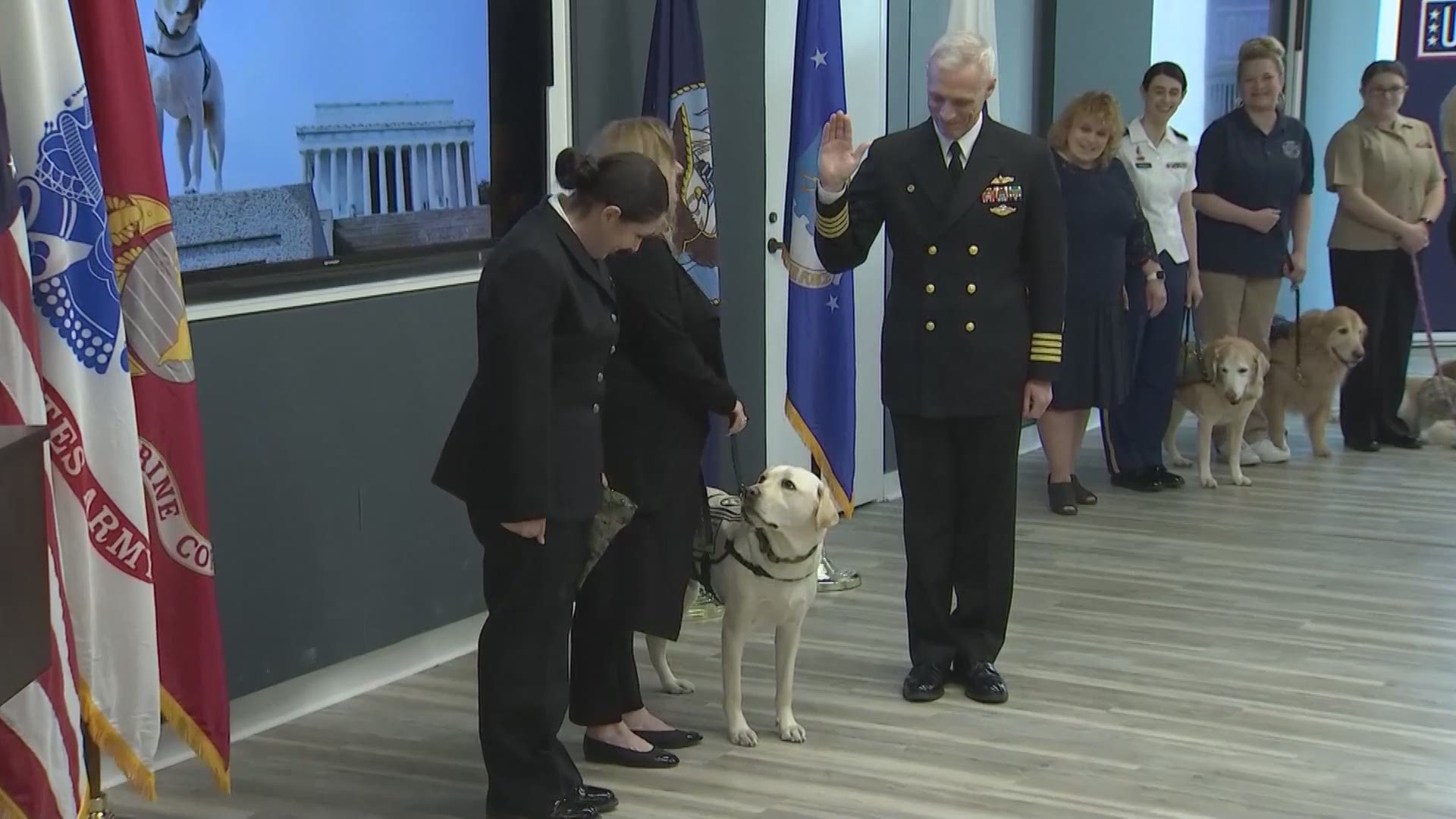 The bronze statue created by artist Susan Bahary will be on display in the Fidelity corridor as part of the memorial exhibit.

The yellow Labrador retriever was the 41st president's service dog in his final months after being trained then placed with the former president by America's VetDogs.

Sully, the service dog, lies next to the casket while, people pay respects, as the remains of former US President George H. W. Bush lie in state in the US Capitol's rotunda December 4, 2018 in Washington, DC. BRENDAN SMIALOWSKI/AFP/Getty Images

After his presidential service, Sully was assigned to the Walter Reed National Military Medical Center.