The mandate issued on July 26 is tied up in court with an injunction from the Missouri Attorney General. County Executive Sam Page ordered a new mandate on Monday. 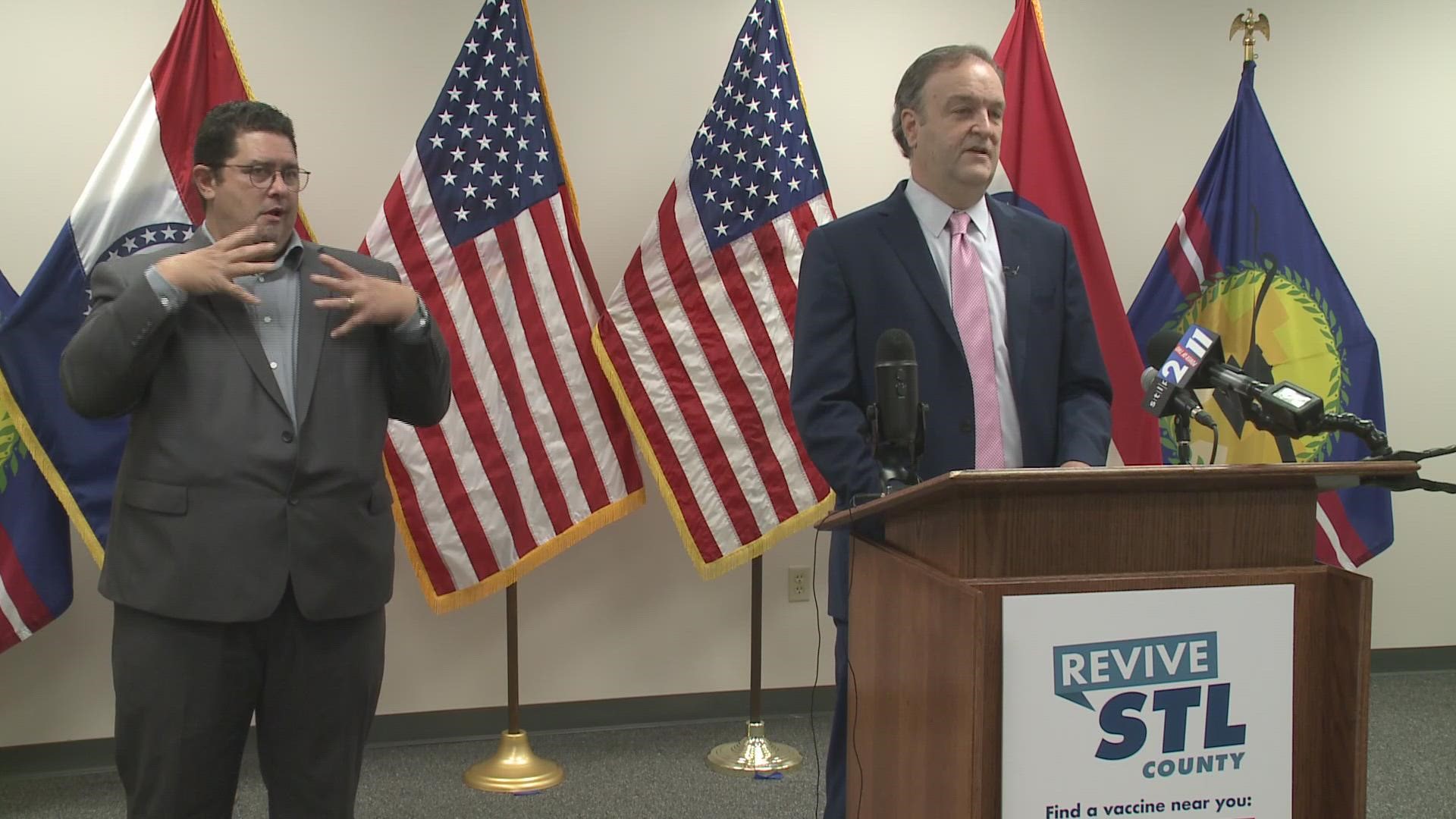 "Our health director Dr. Faisal Kahn will put into place a new public health order requiring masks to be worn. It was signed this morning and will go into effect immediately," Page said.

Page believes he has the support of the Democratic majority on the County Council for a new mask order despite opposition from Republicans, most notably Missouri Attorney General Eric Schmitt.

"It's political theater by Sam Page, it's an attempt I suppose to satisfy his ego," Schmitt said.

Schmitt challenged the County mask mandate issued on July 26 with an injunction that's still tied up in court, which begs the question, how can Page order a new one?

"We all think this is legal what the county is doing, and litigation elsewhere is pointed in that direction, but I would not characterize it as upheld by the court," St. Louis University law professor Ana Rutschman said.

She says it's common practice to pursue a different legal mechanism if advised by the judge.

"In refusing to immediately dissolve the injunction the judge said 'If you have a new order, probably, we would not be in this situation.' Health officials read this as saying well, we'll get a new order," Rutschman said.

She said the current order that's facing an injunction is superseded by the new one.

She said issuing a new order is a separate legal situation than enforcing it.

"We have a mandate, and if there's a challenge then the court has to speak on it. That has not happened yet," she said.

A handful of municipalities have said they will not enforce the mandates.

The County Council will meet Tuesday at 6:30 p.m.

A hearing on whether to grant a permanent injunction on the previous mandate is set for Oct. 18.