'Unwelcome in our state': Parson, other Republican elected officials against Biden's vaccine mandate

"This heavy-handed action by the federal government is unwelcome in our state and has potentially dangerous consequences for working families," Parson tweeted 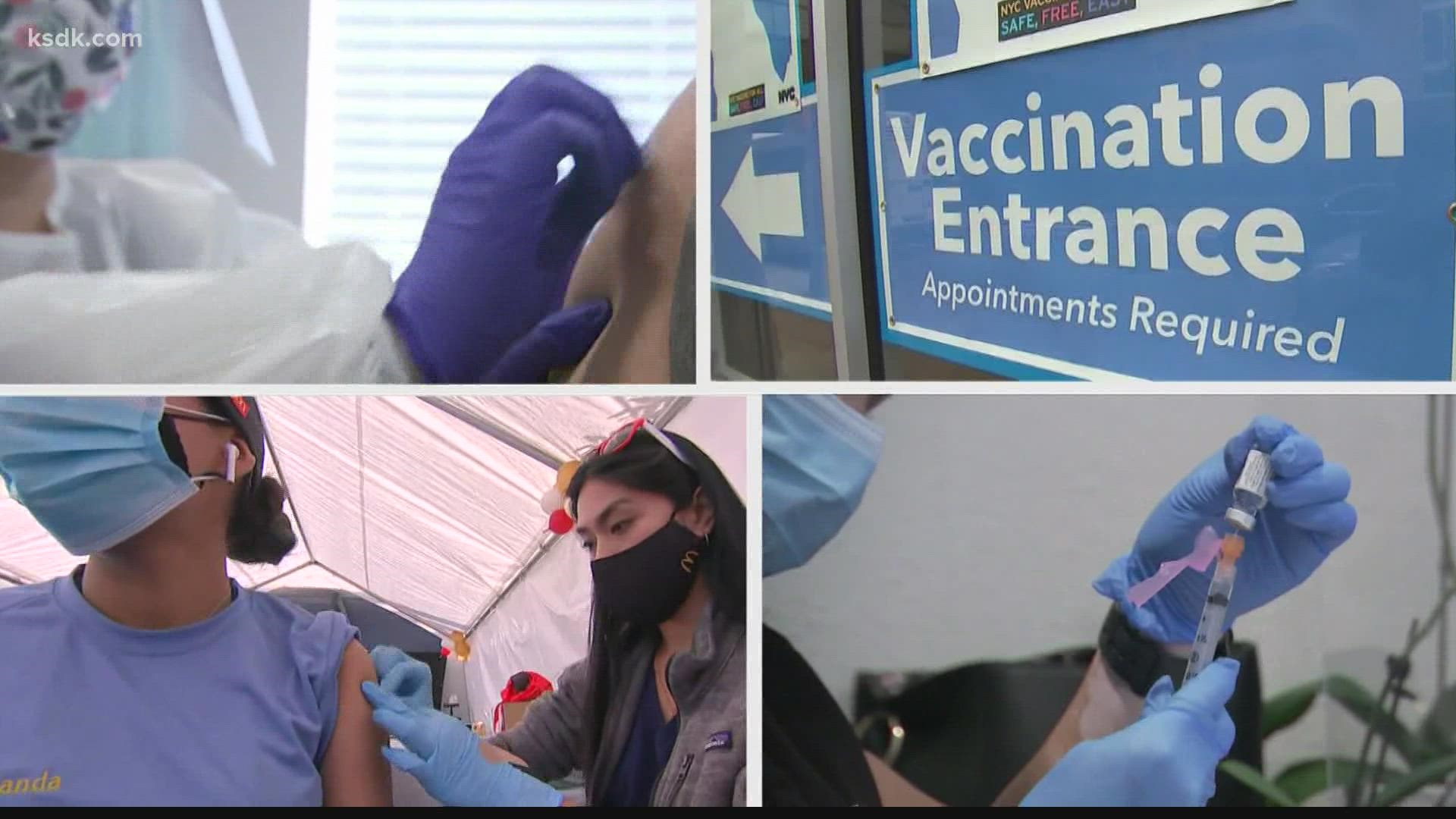 The expansive rules mandate that all employers with more than 100 workers require them to be vaccinated or test for the virus weekly, affecting about 80 million Americans. And the roughly 17 million workers at health facilities that receive federal Medicare or Medicaid also will have to be fully vaccinated.

Biden is also signing an executive order to require vaccination for employees of the executive branch and contractors who do business with the federal government — with no option to test out. That covers several million more workers.

Shortly after the announcement, Parson tweeted a statement that read, in part, "this heavy-handed action by the federal government is unwelcome in our state and has potentially dangerous consequences for working families."

The Biden Administration’s recent announcement seeking to dictate personal freedom and private business decisions is an insult to our American principles of individual liberty and free enterprise.
(1/3)

This heavy-handed action by the federal government is unwelcome in our state and has potentially dangerous consequences for working families. (2/3)

Vaccination protects us from serious illness, but the decision to get vaccinated is a private health care decision that should remain as such. My administration will always fight back against federal power grabs and government overreach that threatens to limit our freedoms. (3/3)

On Friday, U.S. Senator Josh Hawley, R-Mo., emailed a statement saying the power to enact a mandate lies with Congress, not the president.

"Congress, not the President, has the authority to make law. This is an elementary principle of American governance, but President Biden has flouted it with his unprecedented, arbitrary decision to mandate that certain employers—but not others—require workers to be vaccinated or undergo rigorous testing procedures," Hawley wrote. "This is bad policy. It is an infringement of every citizen’s fundamental rights. But most of all, it is an unlawful bypassing of established regulatory procedures.”

Missouri Attorney General and Republican Senate candidate Eric Schmitt also called the mandate an overreach and said it "will not stand in Missouri."

We’re at a crossroads in America — who we are and what we’re going to be. We must fight back

Rep. Ann Wagner tweeted a one-sentence message saying the mandate was not the way to end the pandemic.

Government mandates are not the way out of the pandemic.

In a statement, the president of the Missouri Chamber of Commerce said it continues to strongly encourage vaccines as a way to boost economic recovery, but called the mandate the "wrong approach."

In Illinois, Congressman Mike Bost, a Republican who represents the 12th District, tweeted Friday that while the vaccines are key in the fight against COVID-19, he thinks the decision of whether to get one is personal.

"President Biden’s mandate on private businesses is a complete overreach & abuse of his authority. Forcing private businesses to comply or be fined will only hurt their ability to hire & retain the employees they need as we work to rebuild from a year of economic shutdowns," Bost tweeted.

Vaccines play a critical role in defeating COVID-19 & getting our communities back to normal. However, the decision to receive the vaccine is a personal one that should be made in consultation with a physician, not the federal government. (1/2)

President Biden’s mandate on private businesses is a complete overreach & abuse of his authority. Forcing private businesses to comply or be fined will only hurt their ability to hire & retain the employees they need as we work to rebuild from a year of economic shutdowns. (2/2)

Republican leaders in other states — and some union chiefs, too — said Biden was going too way too far in trying to muscle private companies and workers, a certain sign of legal challenges to come.

Gov. Henry McMaster of South Carolina said in a statement that “Biden and the radical Democrats ... have declared war against capitalism (and) thumbed their noses at the Constitution.”

AFL-CIO National President Everett Kelley insisted that “changes like this should be negotiated with our bargaining units where appropriate.”

The requirement for large companies to mandate vaccinations or weekly testing for employees will be enacted through a forthcoming rule from the Occupational Safety and Health Administration that carries penalties of $14,000 per violation, an administration official said. The White House did not immediately say when it would take effect, but said workers would have sufficient time to get vaccinated.

The rule would also require that large companies provide paid time off for vaccination.

Meanwhile, the Centers for Medicare & Medicaid Services will extend a vaccination requirement issued earlier this summer — for nursing home staff — to other health care settings including hospitals, home-health agencies and dialysis centers.