Raw video: Cori Bush speaks from inside US Capitol as rioters stormed the building 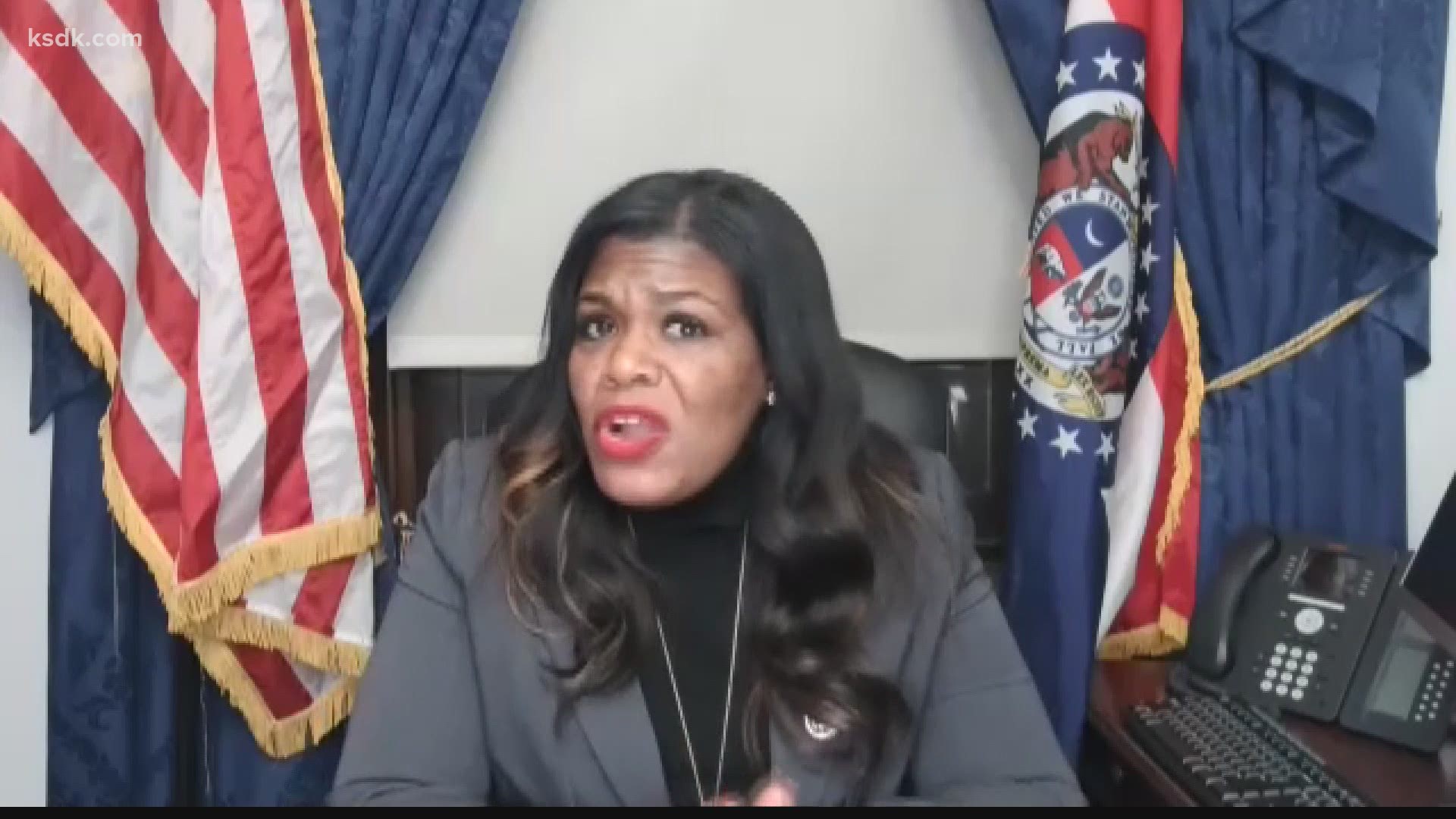 WASHINGTON — Congresswoman Cori Bush, the newly sworn in Democrat who represents parts of St. Louis and St. Louis County, was among those locked down inside the U.S. Capitol on Wednesday as rioters stormed the capitol building.

Congress has since reconvened its joint session to affirm the Electoral College victory of President-Elect Joe Biden.

5 On Your Side’s Robert Townsend spoke with Bush as she was sheltered in place.

She said she was in the House gallery at the Capitol as protests happened outside. She said then people started to come towards the stairs outside and she decided to leave as she saw people come.

“What I could see sitting in the gallery was just the debate happening. I was I was in there watching the House floor, so that's all I could see. I just felt something on the inside of me and I just felt like I needed to get up and walk out,” Bush said.

Bush said she didn’t feel afraid during that time.

“You know, I'm a protester, so it was like I didn't you know, I didn't personally I didn't feel afraid in any way, you know, I just I didn't like what I was seeing. And, you know, and I couldn't understand why people would want to break into the Capitol like this is our house, but democracy has to be defended,” Bush said.

Bush said she blames President Trump for the riots and chaos that happened.

“You know, just a few months ago, he was saying, we'll stand down and stand by, you know, to the Proud Boys. So he has he gave people who believe in him and in his message that believe that whatever he says is is right. He emboldened them to want to stand up and fight this way,” Bush said.

“But they can then storm the Capitol.”

Wednesday afternoon, Trump tweeted to his supporters to “stay peaceful” after they stormed the Capitol.

“Please support our Capitol Police and Law Enforcement,” Trump tweeted Wednesday afternoon, after tear gas was deployed in the locked-down Capitol. “They are truly on the side of our Country. Stay peaceful!”

About an hour later, he shared the following tweet,

"I am asking for everyone at the U.S. Capitol to remain peaceful. No violence! Remember, WE are the Party of Law & Order – respect the Law and our great men and women in Blue. Thank you!"

By Wednesday night, Twitter locked Trump’s account. It came after he appeared to justify the violent occupation of the Capitol by his supporters.

Trump said, “These are the things and events that happen when a sacred landslide election victory is so unceremoniously & viciously stripped away from great patriots who have been badly & unfairly treated for so long.”

Twitter acknowledged that it had made the decision to delete three of the president's tweets from Wednesday citing "severe violations" of Twitter's Civic Integrity policy.