Has St. Louis County run out of Prop P money? 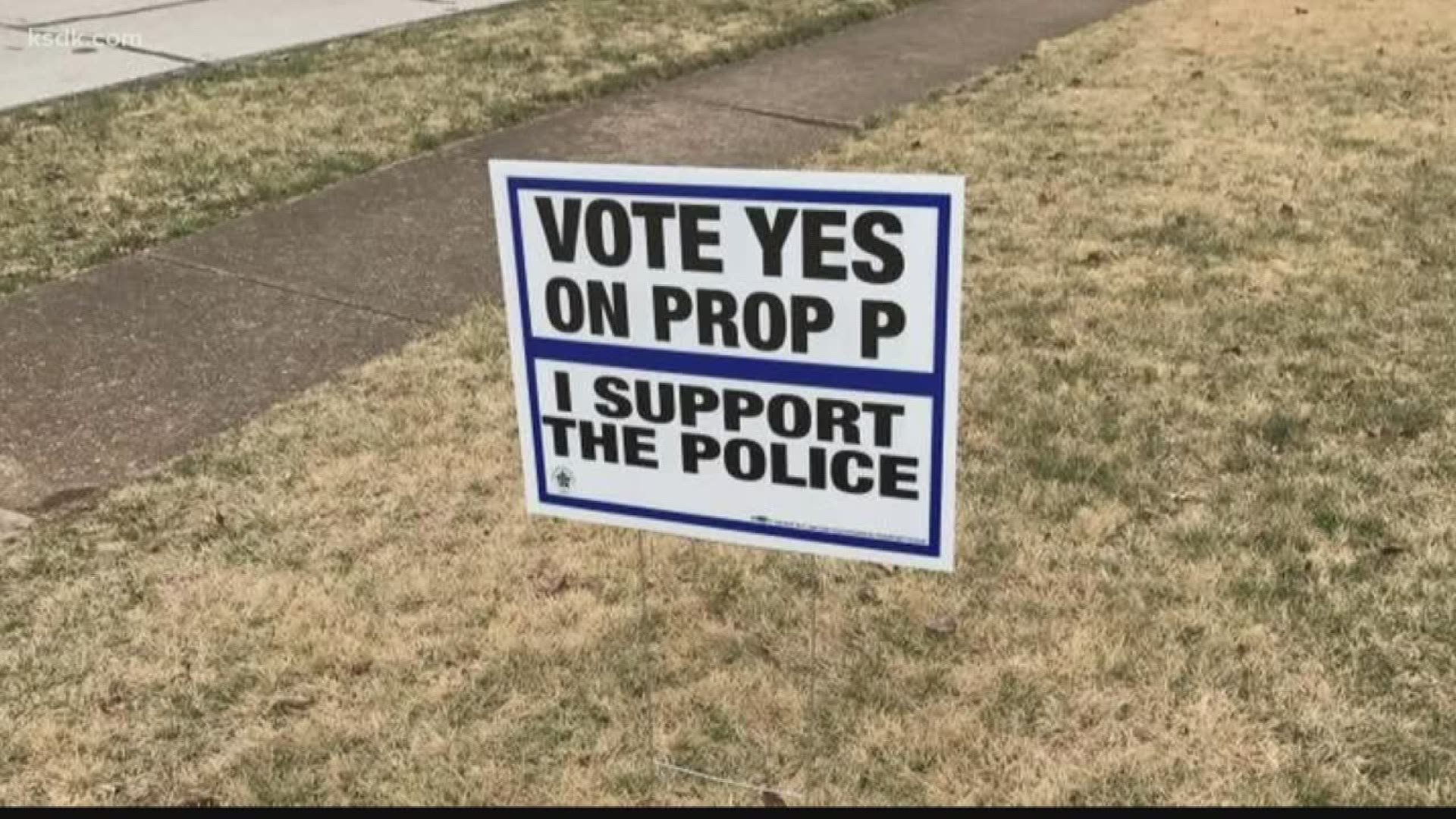 ST. LOUIS COUNTY, Mo. — Police union leaders and at least one County Councilman said they believe they might have discovered why the County Executive’s Office is stalling contract negotiations with some of their members – the county has spent $150 million in sales taxes increases over the last three years. Voters approved through Prop P three years ago.

In an email last week, Councilman Tim Fitch told the county’s budget director, Paul Kreidler, that he was interested in pursuing a 2% pay increase for all non-union county employees or those included in Prop P raises. Fitch also asked why a collective bargaining agreement with the police department’s 250 civilian employees was being held up by Page’s office and wondered if that agreement could affect the raise for other employees he was seeking.

In an e-mail, Kreidler responded, “I do not have any info on the collective bargaining agreement issue you referenced, however this will all end up being interrelated. With the recent approval of the new agreement for commissioned officers, Prop P is over-budgeted. Therefore, all these costs will impact general revenues.”

Fitch said he was shocked to learn the money is gone, and sent a letter to the county's administration Tuesday seeking more explanation.

“I can’t wait to hear how that’s happened, that we’ve spent everything that’s coming in now and there are no additional funds left for any new projects or pay increases that could be for public safety,” Fitch said.

“We haven’t seen the letter but will give it thoughtful review," he wrote. "This month, we signed a three-year contract with police officers and will continue our conversations with everyone else in the police department.”

St. Louis County Assessor Jake Zimmerman called for the county auditor to look into how Prop P funds are being spent.

"I'm very concerned the tax money approved by the voters is not going toward its intended purpose: public safety," Zimmerman said in a statement.

Voters approved the sales tax increase in 2017 to pay for public safety-related costs including raises for police officers, body cameras and two-person cars. The fund has brought in about $50 million in sales tax revenue annually – about $10 million more annually than anticipated.

But Kreidler told Fitch the newly-approved police contract “is in the millions,” and suggested the two meet to discuss the issue further.

Fitch agreed, and on Tuesday, sent a letter to Tod Martin, the county’s Director of Administration, asking that the County Council be briefed on the Prop P situation.

“Unless there is a reduction in spending of Prop P funds, or a significant increase in sales tax collections in St. Louis County, we can no longer rely on Prop P funds to provide enhanced pay or public safety services our residents and employees deserve,” Fitch wrote.

Some of the changes promised by county police leaders have been somewhat slow to progress.

It took three years for St. Louis County Police Officers to be outfitted with body cameras. And county officers ride in two-person cars only "when manpower permits," according to the department.

But pay increases have been swifter.

The St. Louis County Police Association recently had its collective bargaining agreement approved. It included a 6% pay increase spread out during the next two years, said Matt Crecelius, the union’s business manager. The agreement also included an education incentive pay package, which totaled about $500,000, to give higher pay to officers with degrees.

Fitch said Page’s office brought the officers’ contract to the County Council, never once warning that the Prop P fund was getting low and that their approval of the contract could affect other projects from moving forward.

“Why weren’t we told that if we approved it, it would put it over the limit?” Fitch asked. “That’s why we have them.”

Other police union members have yet to see their contracts move forward at all.

For some, the process has not begun.

Page’s office approved a contract for the police department’s civilian employees in early December, the same time as the police officer’s agreement.

Their contract called for $3.9 million in pay raises spread across three years.

But, unlike the officers’ agreement, the civilian’s contract has yet to go before the County Council for final approval.

“This is pretty unbelievably frustrating,” Crecelius said. “Where’s all the friggin’ money?

“They are violating good faith bargaining, which they are mandated to do. They claim they didn’t know about it, even though they’ve been included in emails since August.”

Another group of public safety employees has sued the county, saying it has yet to even begin its contract negotiations.

Prosecutors and investigators from the St. Louis County Prosecuting Attorney’s Office served Page with a lawsuit earlier this month, claiming the County Executive has not met with them to begin negotiations since approving the formation of their union a year ago.

In a statement, Page’s spokesman the County Executive was unaware that prosecutors and investigators wanted to begin negotiations with him because all of their correspondence was with Prosecuting Attorney Wesley Bell.

Attorneys for the 45 prosecutors and six investigators who filed the lawsuit fired back and said the union’s business manager, Jeff Roorda, had personally met with Page at least twice and asked him when negotiations would begin and didn’t get an answer.

They, too, now wonder whether a lack of Prop P money could be holding back their negotiations.