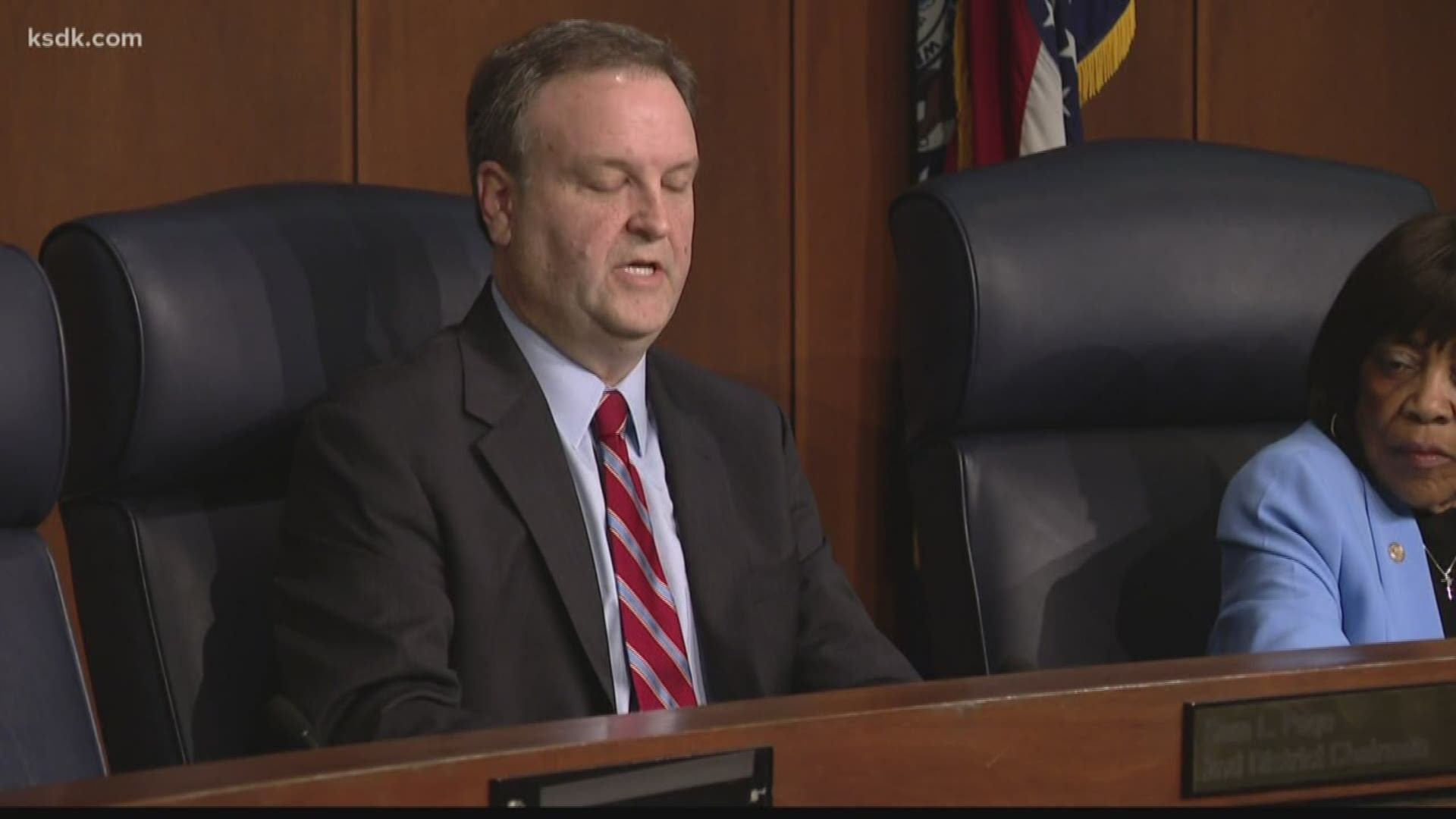 The 45 prosecutors and 6 investigators are looking to negotiate everything, including their hours, pay, assignments, job descriptions and transfers, said attorney Neil Bruntrager.

“This isn’t something that is discretionary on their part. Once there is a collective bargaining unit, they have to meet with us.”

County Executive Sam Page’s Office has not yet responded to a request for comment.

It’s a somewhat unusual move. Prosecutors and investigators in the city are not in a union.

And the choice of the city’s police union – which represents police officers -- also was somewhat unusual.

But it was all strategic, Bruntrager said.

County prosecutors and investigators picked the St. Louis Police Association to avoid any conflict of interest that could arise had they joined the county’s police union, he said.

“In order to preserve their jobs, they wanted to be sure they took advantage of what the constitution provides, so they organized and formed a union so they have a single voice,” Bruntrager said. “It’s not common but it also does happen.”

The group also unionized out of fear of the unknown, Bruntrager said.

Bell’s was elected on a platform of sweeping reforms, and that also played a role in the staff’s decision to unionize, Bruntrager said.

“Obviously they were listening to the people who were coming in and saying, ‘We’re making drastic changes,’ and without knowing what they are, the only protection they have is collective bargaining,” Bruntrager said.

In December 2018, 33 members of the prosecutor’s office voted via secret ballot in favor of joining the city’s police union and 11 opposed it – enough for a majority of the eligible voters.

On Jan. 4, 2019, then police union president Ed Clark sent a letter to then County Executive Steve Stenger and Bell requesting dates to begin bargaining and noted that there should be no “unilateral changes in working conditions without bargaining.” Those requests have since continued to Sam Page, who was appointed to be county executive after Stenger was federally indicted in 2019.

The union also has had ongoing correspondence with Bell.

In January, Clark wrote to Bell criticizing the firing of three members of the bargaining unit on Bell’s second day in office. Those attorneys have since won settlements totaling more than $170,000.

He also noted how Bell launched new office policies without notice to the union and asked that they be rescinded until contract negotiations could begin.

Bell responded with letters saying he supports his employees’ right to negotiate, but questioned whether the police union was qualified by law to represent prosecutors and investigators. He also questioned whether the secret ballot process was legit – both issues Bruntrager argues were resolved and agreed to by the county executive’s office.

Bell also wrote that he believed it was “improper” for investigators and prosecutors to join the same union because attorneys have power over the duties of investigators.

The union responded by saying the county executive’s office employs the prosecutors and investigators in Bell’s office, and, therefore, Bell is not the one who can negotiate their union contract.

That’s why Bell is not named in the lawsuit.

“If you gave your employer the right to pick apart your union, you wouldn’t have a union,” Bruntrager said. “That’s why we have elections and that’s why you go through the certification process. You don’t set up a process and have an employer say after the fact, ‘That’s not what you do, that’s not how it works.’”

The inaction on the part of the county executive’s office left the police union no choice but to file the lawsuit, Bruntrager said.

“We don’t know why the county is refusing to do this, but they are, and that’s why we’re trying to jump on it because they have an obligation to do it,” Bruntrager said.

“The union has been in discussions with Mr. Bell, but this is the first time we’ve heard that they were interested in talking to us about it. Lawsuit or not, we will bargain with any properly-constituted union as the law requires. We will reach out to the union representatives to see where communications fell apart.”

St. Louis Police Officers Association spokesperson Jeff Roorda told 5 On Your Side he has met with Page twice to discuss the matter.