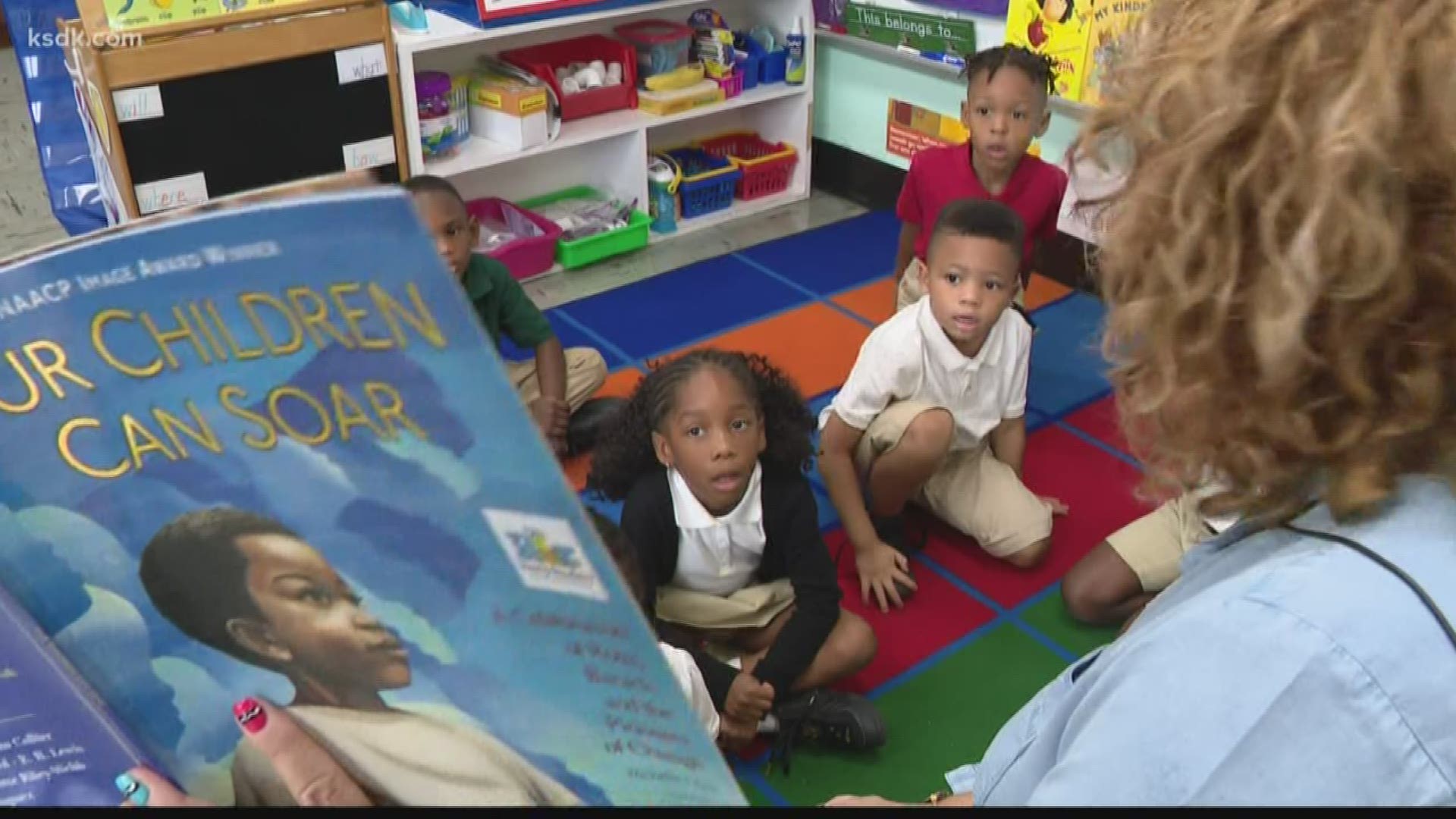 “When children are connected to black literature, particularly children, they become more confident in themselves,” said Julius Anthony the author of “Me. 10 Poetic Affirmations.”

According to Anthony, 70% of all black third-graders in the bi-state failed a standardized reading exam last year. He also said that the majority of children’s literature features white protagonists and that can make young children feel invisible if they don’t relate to the character.

Some of the characters in the mural appear to be holding up balloons but instead, there are books tied to the end of the strings.

“It’s this whole idea that we can soar that we can rise beyond and let us believe in the best of who we are and the best of our community,” said Anthony, describing the mural.

The mural was painted by Damon Davis, whose work is in the Smithsonian National Museum of African American History and Culture. Davis is also an alum of Sister Thea Bowman.

“The Believe Project” will be expanded in three other schools this fall.