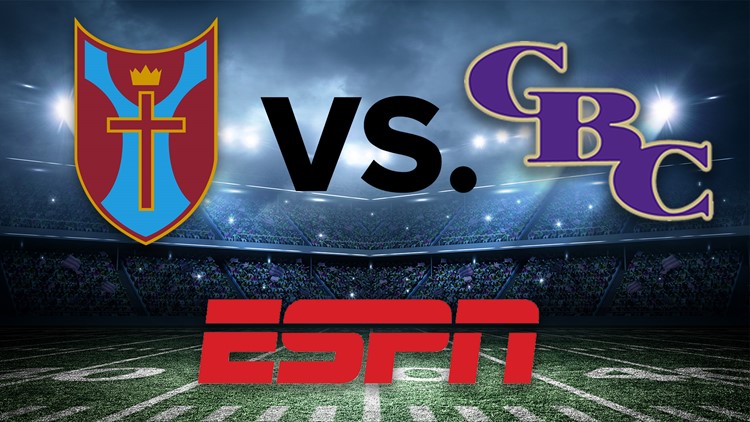 2 St. Louis area football teams will face off in the national spotlight on Friday

ST. LOUIS — Two St. Louis area football teams will get their chance in the national spotlight on Friday.

De Smet Jesuit and Christian Brothers College football will face off on Sept. 20 on ESPNU.

The '2019 GEICO ESPN High School Football Showcase' features match-ups between some of the top high school football programs from across the country.

The two will play at Christian Brothers College High School on Friday, Sept. 20.

Christian Brothers has won three of the last five Class 6 state titles, including the last two state championships, making them the team to beat in the state of Missouri. OG Brad Feeney is committed to Indiana.

RELATED: A 'Gameday' fan's clever sign got him a lot of beer money. Now he's donating it all.