It's no surprise to see a professional hockey player missing a tooth... but Robby Fabbri's story is more unique than most. 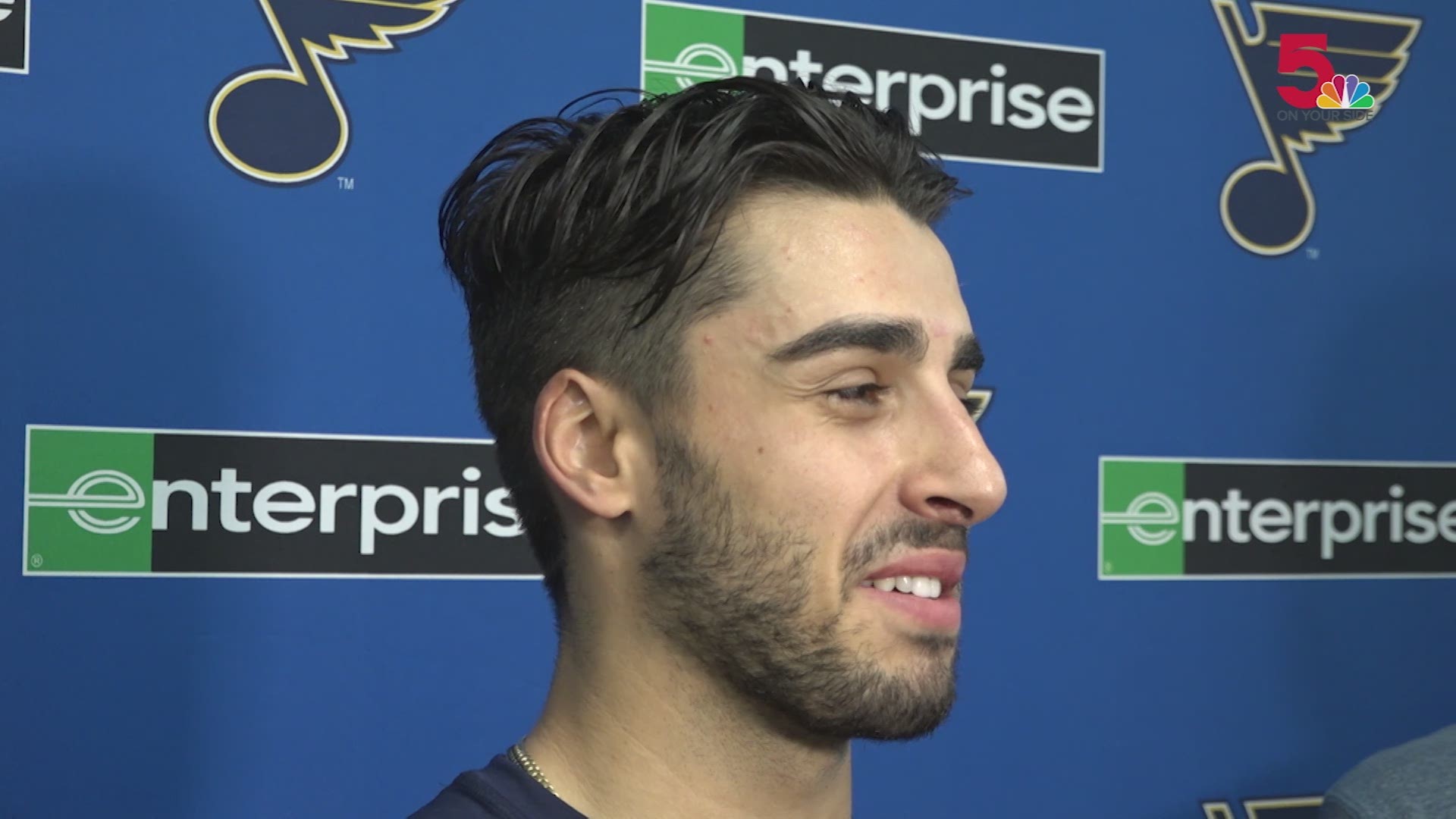 ST. LOUIS — It's not uncommon to see hockey players often missing a tooth or two.

It seems that at some point in every player's career, they're sporting a nice gap in their pearly whites.

Robby Fabbri can relate to that. However, the way he lost his tooth is about as unique as it comes.

Fabbri made it through the hockey season with his mouth seemingly unscathed... but that was until teammate Joel Edmundson came running towards him in the championship parade.

Watch: Robby Fabbri talks about losing his tooth in the championship parade

"It was during the parade," Fabbri said at Blues practice. "Eddy came to give me a big hug and he's a lot taller than me and his shoulder ended up hitting me right in the jaw and it ended up popping out."

"It's pretty crazy, but it's a good story to have," Fabbri said.

RELATED: Blues turn the page on championship season, ready to prove themselves again

RELATED: The Stanley Cup officially has the Blues’ names on it!

RELATED: For the Blues, it's time to park history, get re-motivated for Cup defense

RELATED: 'One is not enough': Blues back at practice hungry for more