The Cardinals' 37-year-old veteran was written off by a lot of people at the start of 2019. Now, 14 years after his debut, Adam Wainwright is still proving his worth 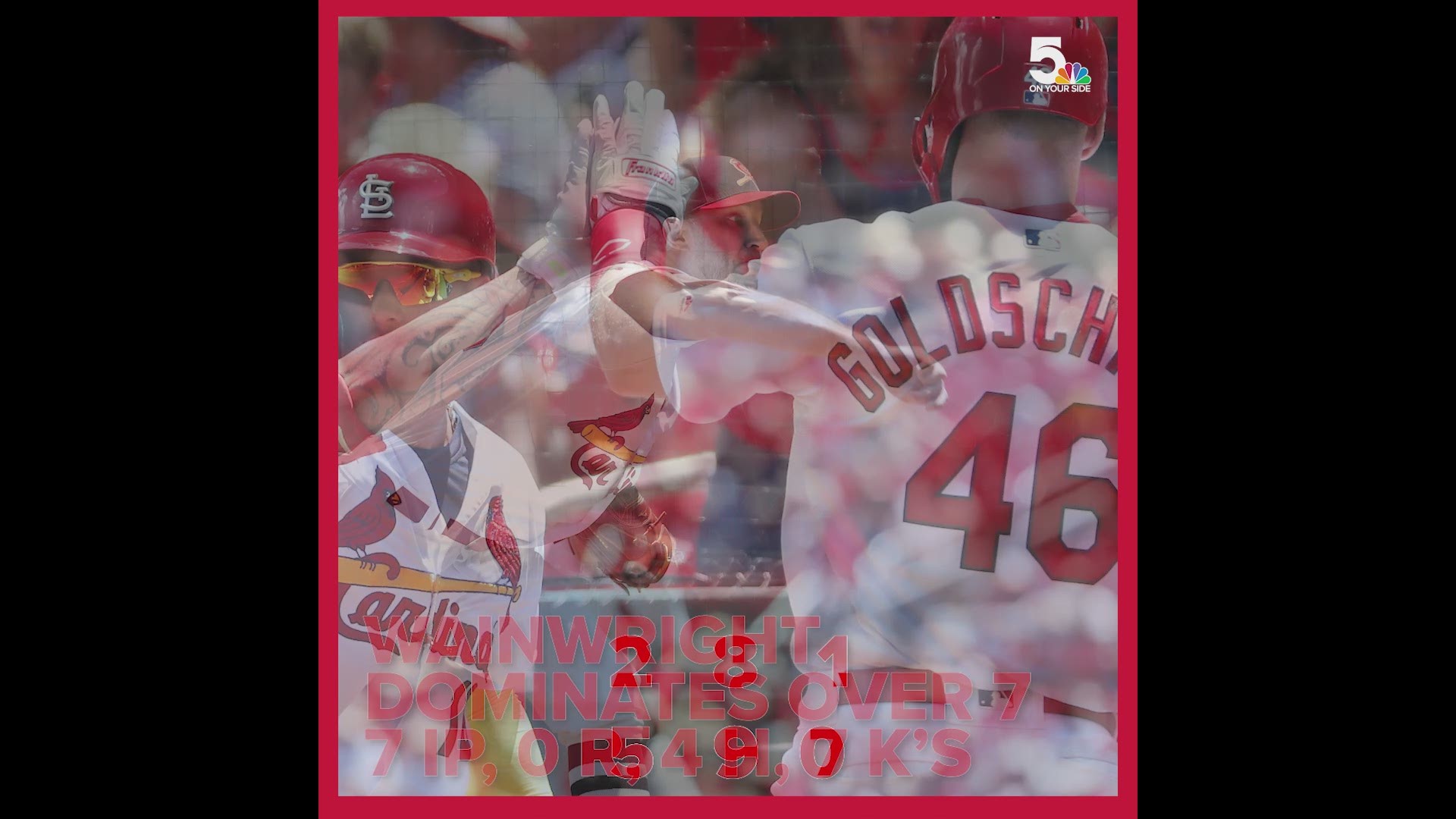 ST. LOUIS — After all this time, we should have known better.

The 37-year-old veteran was written off by a lot of people at the start of 2019. Now, over halfway through his 14th major league season, he's still proving his worth.

Wainwright has started 17 games this year for the Cardinals, and currently holds a 3.99 ERA with 89 strikeouts in 94.2 innings.

Not eye-popping, but it's probably better than you expected going into the season. What's more astounding is that Wainwright has been probably the team's most consistent pitcher this season.

RELATED: Opinion | Why 'selling' won't be easy for the Cardinals

If you ask Wainwright though, he thinks he's just now getting into his groove.

"I want to really push it this second half and have a little return to form. That'd be great," Wainwright said on Saturday. I've been really close to doing a lot of things like I want to do them, and I just want to continue to get better and make those strides."

"I'm very confident and just have to not be satisfied and keep going," Wainwright said after his start on Sunday. "There's still some things I can do better. Some 2-0 counts I'd like to avoid to pretty good hitters, but I'm throwing the ball like I expect to throw the ball."

If Wainwright keeps throwing the ball like he wants to, he'll find his pockets a bit deeper.

His contract is incentive-based, so with every start, he gets closer to nearly doubling his initial earnings this season.

"It was a deal that I proposed," Wainwright said on Sunday. "I wrote down on a napkin what I thought was fair, sent it to my agent who made a couple of corrections to it. We sent it to the Cardinals and they just about agreed to what I put on there. What I've done the last couple years doesn't warrant a big contract like I had been pitching for, so I expect to go out and pitch well and earn that anyways. You get what you earn around here. If you hadn't already figured it out, I like motivational things. I look for anything to fire me up even more if I can get it."

Watch: Adam Wainwright talks after being scratched from original start on Friday

If Wainwright can stay steady while the rest of the staff finally starts to pitch like we know they can, it'll be quite the boost as the Cardinals attempt to work their way back into the playoff conversation.