Blues stringing together wins despite struggles

It's safe to say the team is loosely stringing together wins, and it's taking full effort from every single player on the ice. 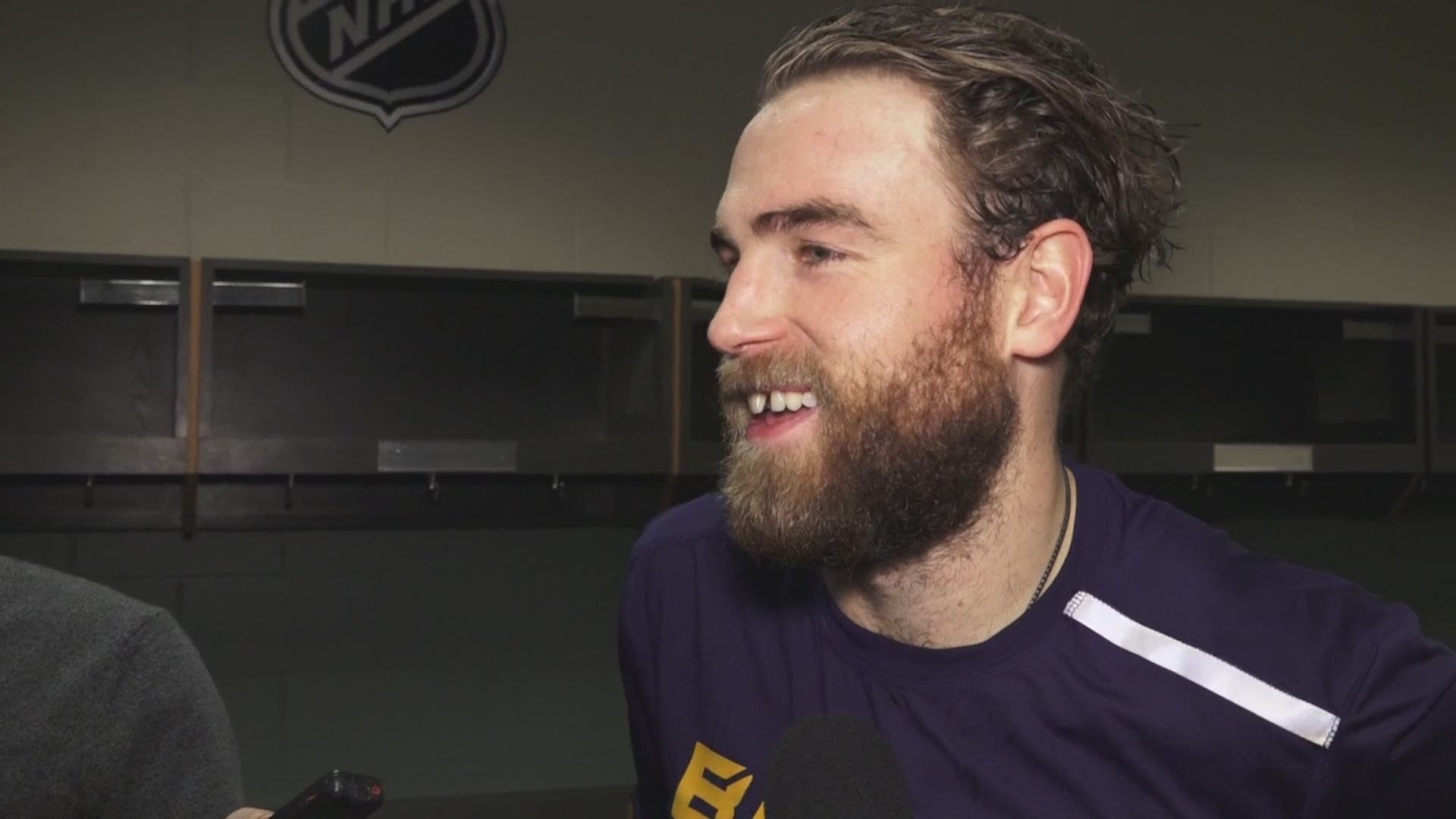 ST. LOUIS — The Blues are riding a four-game win streak after Saturday's victory over Minnesota, which is more than anyone could have anticipated after losing forward Vladimir Tarasenko to injury.

The Blues are currently fourth to last in the NHL in shots per game. Getting pucks on net is clearly essential to scoring goals and winning games.

On Saturday MacKenzie MacEachern had two shots, and happened to get one in. Defenseman Carl Gunnarsson scored the second goal on his only shot in the game.

Ryan O'Reilly only had two shots on net despite logging the most ice time of any forward on the team. One of those shots wound up being the overtime winner.

"Obviously it wasn't a perfect game by any means," O'Reilly said to Blue Note Productions after the game. "I thought Jake played very well tonight and we didn't help him out enough, but obviously a couple good breaks, and we found a way to win. It's an important two points, but obviously a lot of adjustments we need to make going forward."

St. Louis took two penalties, which was the opposite of what Craig Berube has been preaching. David Perron for hooking and Vince Dunn for slashing.

Luckily, the Blues' penalty kill has been efficient, but it doesn't change the way momentum dies.

On the flip-side, the Blues power play continues to be hit or miss.

When the Blues signed defenseman Justin Faulk, there were praises of how the power play specialist would transform the dynamic of the unit.

Faulk has yet to score this season, multiple players are still getting chances at the point, and the Blues have had a hard time capitalizing on scoring opportunities even when they do control the puck.

It's safe to say the team is loosely stringing together wins, and it's taking full effort from every single player on the ice.

"It is what it is right now," Berube told Blue Note Productions. "So, you just gotta roll with it, and you gotta deal with what's handed to you. You gotta find different ways to win and that's what we're doing."

RELATED: Perron's wrister is a lethal weapon for Blues