Both Dylan and Christina Schwartz received heart transplants last year. The Cardinals celebrated them in a great way. 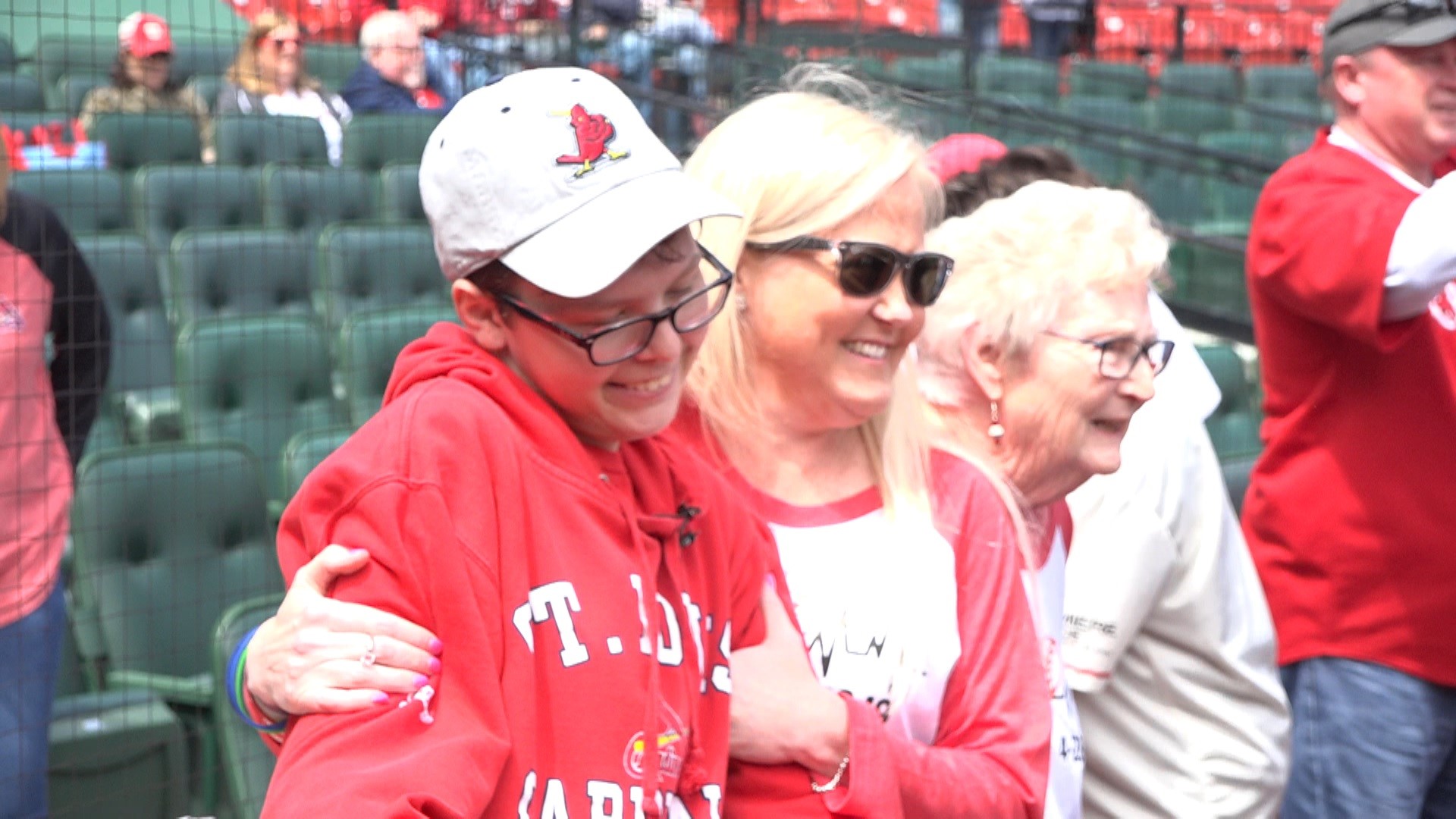 ST. LOUIS — It would take a lot of guts for many of us to throw a pitch in front of thousands of fans at Busch Stadium. For Dylan Schwartz it took a big heart.

Following a successful heart transplant last year, the 16-year-old was chosen to throw out the first pitch at this year's "Transplant Day" at Busch Stadium. But what made Dylan's journey to the mound even more unique is how he shared it with his mother.

Christina had a successful heart transplant on April 27 of last year. That means Christina and Dylan, mother and son, both had new hearts to celebrate at the Cardinals game last month.

“This is my first time ever having a mother and a son getting a transplant," said Aaron Abarbanell, the family's cardiac surgeon from St. Louis Children's Hospital.

Dr. Abarbanell was tremendously impressed with how well Dylan looked on and off the mound considering his heart transplant was only last December.

“I think it’s amazing," said Abarbanell. "His energy level already looks better, having seen him in the hospital. And to get the chance to throw out the first pitch at basically his home-team stadium, it’s a big start on a new life for him.”

“I am very excited for Dylan and his mom," he said. "This was an amazing journey these two have been on, where his mom gets a heart transplant at the beginning of the year. And then he comes in with his heart failing and then he gets a transplant pretty quickly afterward. So inside of a year, there are two new hearts in this family.”

Dylan was born with a rare disease called Danon Syndrome. It affects many parts of the body, mostly the heart.

“I get tired more. But still, my legs hurt. My muscles hurt sometimes," said Dylan.

Dylan, who will be a junior at Timberland High School in the fall, hasn't been able to play sports for several years. Throwing out the first pitch at Busch Stadium was the first of many new athletic adventures of which he has been cleared.

“To have this type of opportunity is just amazing for him," said Christina.

“There are no words. Which is really hard for me to say," she said.

And both Dylan and Christina are most thankful for their donors.

“Grateful, thankful, my donor family to them, I can’t thank them enough," she said. “It’s just indescribable joy. Joy, happiness, all of the above.”

Dylan is slowly ramping up his activity. He's doing some light shooting with the basketball right now.

There is currently no cure for Danon Syndrome. You can become an organ donor and possibly save a life by simply registering at OrganDonor.gov.

RELATED: Albert Pujols and Yadier Molina are back together again

RELATED: Opinion | Give Albert Pujols all the standing ovations