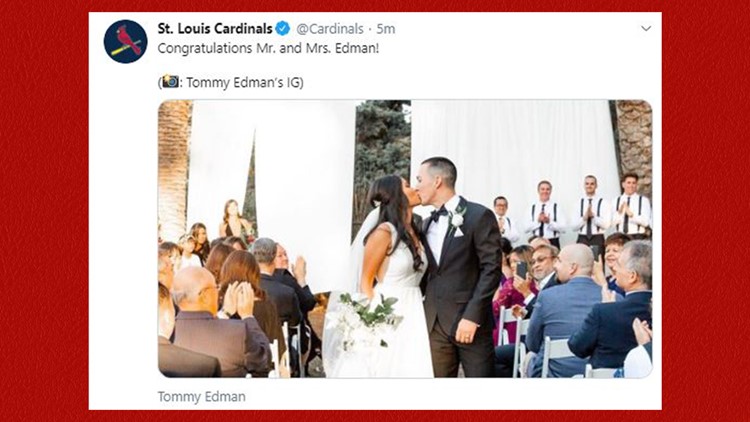 The do-it-all utility-man went from virtually unknown to one of the most important players on this year's Cardinals' roster.

But Cardinals fans weren't the only ones planning on a slightly different scenario come October. Tommy and his fiance Kristen had originally planned on getting married on October 5.

Postseason baseball threw a wrench in those plans, though.

On October 5, the Cardinals were in the middle of the NLDS against the Braves, and Tommy was fully entrenched in the starting lineup. Edman ended up having a nice series in the NLDS, batting .316 with three doubles and a triple in five games against the Braves.

But what about that wedding?!

Well, have no fear, the Edmans did find some time this offseason to finally tie the knot.

Tommy posted this picture on Instagram on Monday of he and Kristen's special day over the weekend.

Congratulations to the Edmans!