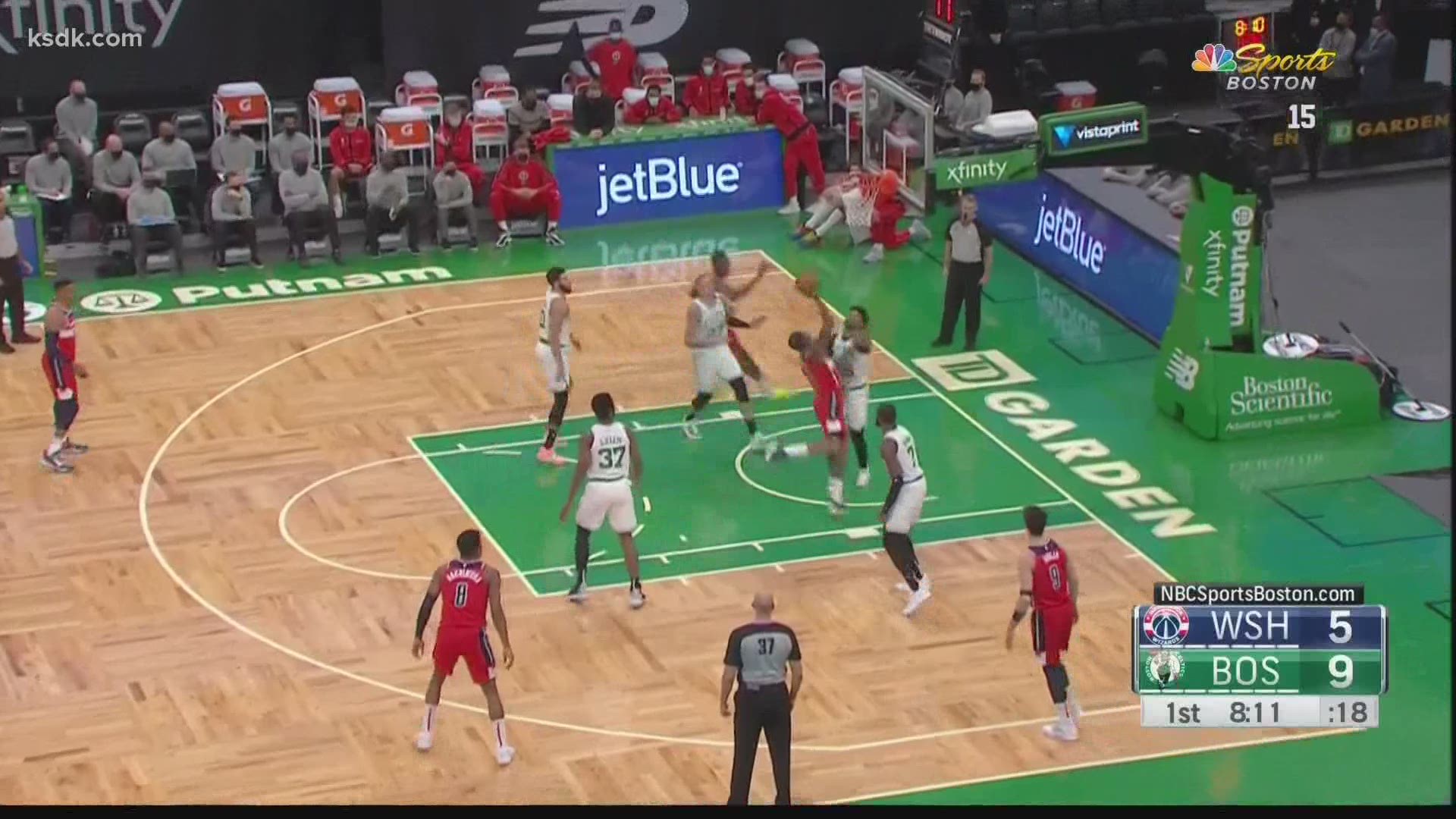 BOSTON — Jayson Tatum had 32 points, Jaylen Brown had 27 points and 13 rebounds, and the Boston Celtics held off Bradley Beal and the Washington Wizards 116-107 Friday night for their fourth straight win.

Beal had 41 points and eight rebounds a game after tying the franchise record with 60 points against the 76ers.

Tatum hit 14 of 27 shots to power the short-handed Celtics, who were without Tristan Thompson, Grant Williams and Robert Williams. The trio is sidelined in COVID-19 health and safety protocol for the next seven days.

“Our job’s not to make excuses for who’s not here,” coach Brad Stevens said. “It’s to play as well as we can with who is and let the results take care of themselves.”

Rui Hachimura had 17 points and Davis Bertans had 13 as the Wizards dropped to 2-7.

The Celtics were cruising early, outscoring the Wizards 33-19 in the second quarter. They increased a 19-point halftime lead to 28 in the first five minutes of the third quarter.

The Wizards rallied from there, clawing within 99-95 with 7:36 left in the game.

Boston scored seven straight points to build a small cushion. It was 106-101 when Marcus Smart led a fast break and found Brown for a corner 3-pointer with 2:08 remaining.

Coach Scott Brooks said he may have played Beal too many minutes down the stretch.

“It’s really on me. I tried to get him some extra minutes because we were right there,” Brooks said. "He’s been playing probably three minutes too many. It doesn’t sound like a lot. But it does add up.”

Russell Westbrook was in action just two days after dislocating a finger on his right hand late in Washington’s loss to Philadelphia on Wednesday night. He played with his right ring and pinkie fingers taped together. He finished with 12 points on 4-of-16 shooting from the field.

Daniel Theis started at center for Boston and picked up two quick fouls, prompting Stevens to play second-year, 7-foot-5 Tacko Fall for just the second time this season. Fall made the most of the opportunity, coming up with a block at the rim on Westbrook in the first quarter. He also was the recipient of an alley-oop from Brown in the second.

“The coaches have been on me to just stay ready," Fall said. "The game has slowed down a lot which has made my game a lot easier. ... I know I belong, it’s just a matter of going out there and doing my job on a consistent basis.”